Two years ago, visitors to London Bridge trembled in fear while jihadis went on a violence spree… except for ONE guy who took a heroic stand while police regrouped.

Roy Larner saved lives, risking his own in the process. Until that fateful moment, he was just a guy at the pub with some mates.

He had no weapons with which to even his odds against the marauding terrorists that night. He had only his courage and his national pride. (And his team pride. “I’m Milwall!“)

From our initial reporting on the event:

A football fan was left with shocking injuries after he was stabbed eight times by the London Bridge terrorists as he fought them off with his bare hands to allow fellow drinkers to escape.

Brave Roy Larner launched himself at the trio on Saturday night who he said had run in to the Black & Blue restaurant in Borough Market shouting, ‘This is for Allah’ and ‘Islam, Islam, Islam’.

As staff and customers panicked, the 47-year-old shouted, ‘F**k you, I’m Millwall,’ before trying to punch the attackers, who have been named as Khuram Butt, Rachid Redouane and Youssef Zaghba.

His actions are said to have saved lives as people were able to escape while Mr Larner fought the terrorists back, getting slashed in his head, chest and hands in the process.

…He added: ‘I was on my own against all three of them, that’s why I got hurt so much.

‘It was just me, trying to grab them with my bare hands and hold on. I was swinging.

‘I got stabbed and sliced eight times. They got me in my head, chest and both hands. There was blood everywhere.’
Read more: Here

He could get some good mileage out of that old Joker quote, ‘you wanna know how I got these scars…?’ 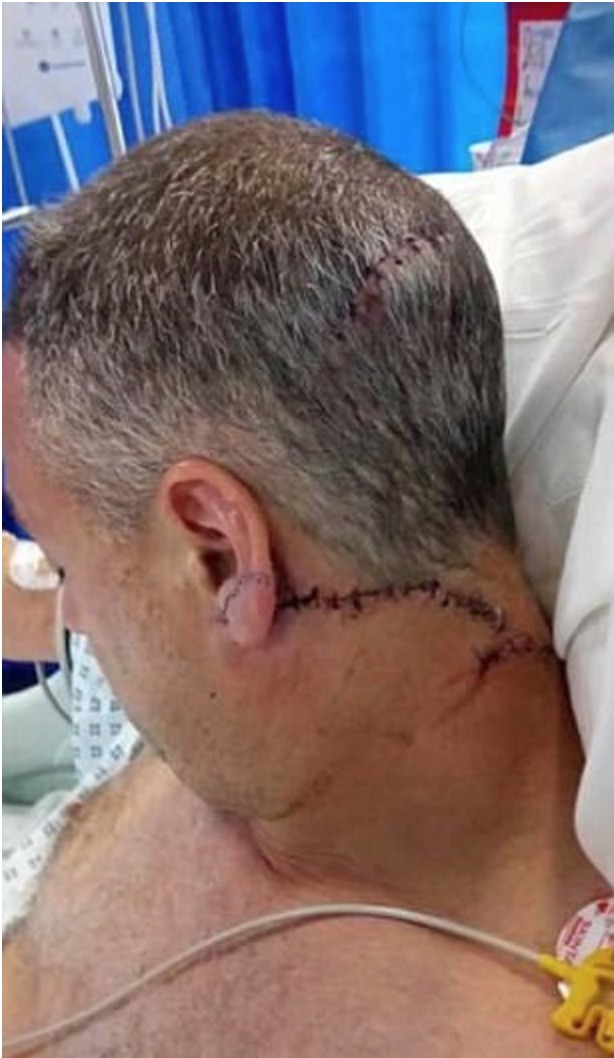 As you might remember, police were slow to respond because not all of them carry firearms, and waiting for those who did cost them precious time.

So what did they do to thank the man? Throw a parade in his honor? Free drinks for life? Put a plaque commemorating his courageous stand on London Bridge?

He took wounds requiring 80 stitches from fighting three armed terrorists with his bare hands so others could run for their lives. He was stabbed EIGHT times and lived… and now?

You just can’t make this stuff up.

Because he was allegedly contacted by far-right anti-Islam activists, Larner has been put on the government’s Prevent terror watchlist over fears he might become an extremist.

“They treat me like a terrorist but I’m not political at all,” said Larner, who revealed he has been forced to attend de-radicalization classes and is being monitored by the police.

Despite being hailed as a hero after the attack, with speculation that he could even be given the George Cross, the highest civilian award for gallantry, Larner is now literally being treated as a potential terrorist by his own country.

The United Kingdom is so addled with political correctness, it treats those who fought back against Islamic jihadists as terrorists.
Source: Summit News