Will open calls to violence finally bring an end to the crush CNN has on their Leftist blackshirts?

Remember all those times that Don Lemon, Chris Cuomo and the other talking heads have talked about how they LOVE Antifa?

#CNN's W. Kamau Bell, the host of "United Shades of America," spoke at the #Antifa rally in #Berkeley.

If they love Antifa, do they love what they’re doing now, too? They’re fans of these calls-to-action with some VERY violent imagery on them? 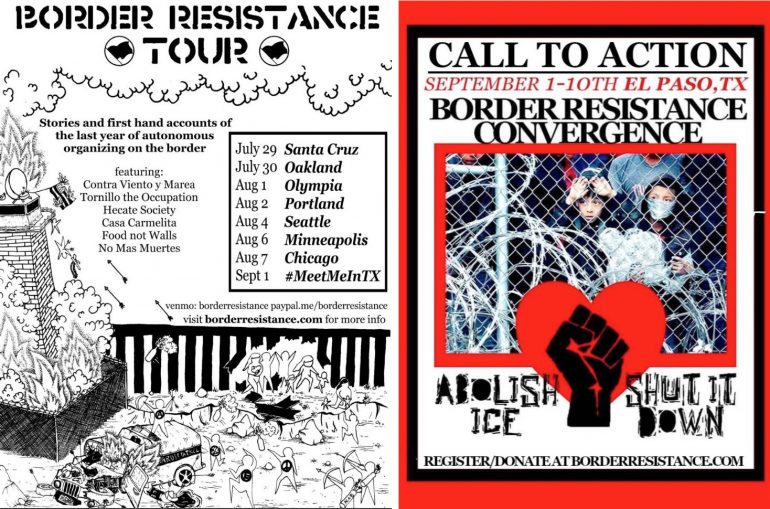 In fact, Kamau Bell even had an Antifa member from Portland on his show not long before their brutal assault on reporter Andy Ngo. The assault that CNN didn’t think was newsworthy… for some reason.

If only we had some sort of a clue as to why CNN doesn’t think of them or their crimes as a newsworthy story. 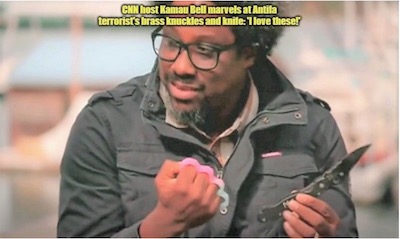 Even Jim Acosta, that ‘great defender’ of the free press has nothing to say about the attacks on Andy Ngo that left him with a significant brain injury, and might have killed him.

But they’re happy to characterize any groups they clash with — like ‘Patriot Prayer’ — as explicitly racist. We remind you that the original leaders of Patriot Prayer included a man who was both Irish and Japanese and a particularly large Samoan man who served as his bodyguard. But they were supposedly meeting because they’re RACIST, not for the reasons explicitly described in the name, ‘patriot prayer’.

Antifa, by contrast, is given the benefit of the doubt as being ‘anti-fascist’ despite applying violent tactics that would be indistinguishable from the brownshirts or blackshirts of 1930’s European fascistic movements.

Antifa recently had its first ‘martyr’ for ‘the cause’… invoking the exact same language that AOC used in denouncing ICE, (has anyone bothered to enquire about the original source of these shared talking points?) before being shot dead while trying to explode an industrial-sized propane tank by an ICE detention center.

He was hoping to TRIGGER a revolution, that his death would be the first in a series of uprisings. Not letting a crisis go to waste, they are pressing ahead with plans to do just that.

They even imagine themselves ‘rising up’ in Texas. Gee, what could go wrong?

Antifa is leading a "Border Resistance" militancy training tour that will converge on a 10-day siege in El Paso, TX. The promotional image shows border enforcement officers being killed & government property fired bombed. Organizers asking for "white comrades" to pay for others. pic.twitter.com/zwG7iMLMZT

"America better wake up to this." My attorney, @pnjaban, appeared on Fox Business to talk about #antifa's goal to destabilize the US through attacks on citizens, law enforcement, institutions & private property. Full interview: https://t.co/hxCvgScM6l pic.twitter.com/NYQ5re2IM1

CNN has warned us about the ‘dangers’ of rhetoric.

But only when it’s Trump’s rhetoric.

Hey CNN… remember how your employee helped someone fundraise for Antifa on TV? Doesn't that officially make you a financial supporter of domestic terrorism?

As for the dangers of Antifa calling for actual violence? Nothing from CNN but crickets.

You can’t have it both ways. If Trump’s tweets which they work really hard to condemn as ‘racist’ are somehow motivating violence, what will they say about explicitly political violence that acts on the very same values the agitators from ‘the Squad’ have been propagating?

Senator Cruz is calling for them to be declared Domestic Terrorists, and being investigated for RICO violations. Is he right?