The ambassador’s pompous contempt for Trump and his White House became public… oops.

We call that a ‘career limiting move’.

A diplomat’s entire job description is to build trust with the government opposite to facilitate open dialogue and positive negotiations, after all. And he failed miserably at that.

If it wasn’t bad enough that high-level members of the UK’s intelligence community could be directly implicated in the whole ‘Steele Dossier’ and ‘Spygate’ mess, now an ambassador has been caught being openly hostile to the very administration he’s supposed to be doing business with.

And now he’s paying a price for it.

After someone leaked comments by Sir Kim Darroch, the UK ambassador to Washington that were personal attacks on the President and his staff — which echoed almost word-for-word the hostile partisan talking points by those who FAILED to be elected — Trump told him to pound sand. He promised to ‘ghost’ him.

The wacky Ambassador that the U.K. foisted upon the United States is not someone we are thrilled with, a very stupid guy. He should speak to his country, and Prime Minister May, about their failed Brexit negotiation, and not be upset with my criticism of how badly it was…

The White House had nothing further to say to that ‘ambassador’, now or at any point in the future.

As for the question of criticizing competence or leadership, neither ‘sir’ Kim nor Theresa May have any leg to stand on. *cough* Brexit *cough*.

At least Trump will still be President in October. May’s abject incompetence and inability to enact the express will of the British public has forced her resignation.

After the ambassador submitted his resignation, explaining that he felt that speculation over his future was “making it impossible for me to carry out my role as I would like”, Johnson faced sharp criticism over his role in the affair, with one minister accusing him of throwing the ambassador “under the bus”.
Source: Guardian

May tried to hit back at Trump, (or tried to): 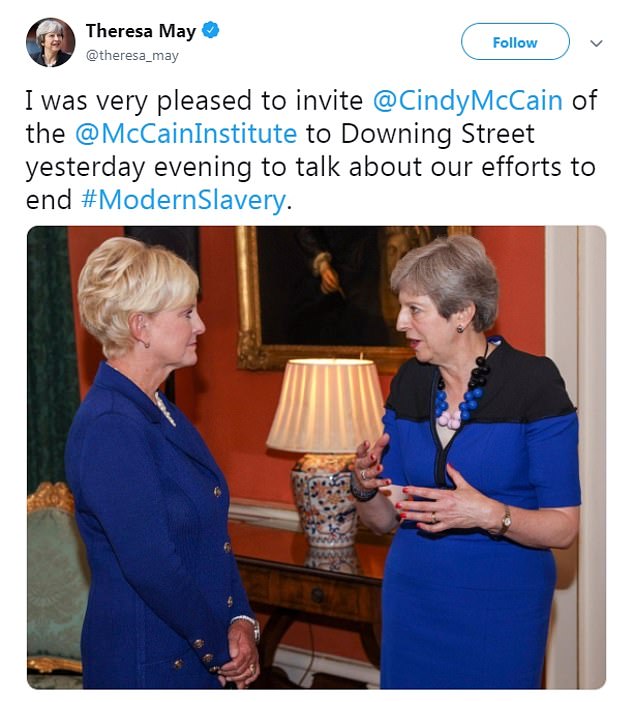 Not a great play, really.

After all, both McCain and May’s government played roles in the Spygate debacle — McCain played the role of useful idiot as the ‘official’ channel through which the Steele Dossier came into Comey’s hands. We’ve already mentioned May’s useful idiots in her ‘intelligence community’.

As far as governance, May was a disaster in that she had to resign in shame because she failed to deliver results on the most conclusive and decisive public referendum in British history — Brexit.

McCain, similarly, infamously blocked the removal and replacement of Obamacare, a promise on which he EXPLICITLY ran for office, before stubbornly remaining in office long after he lacked any capacity to properly represent the people who sent him there. If that’s not a man driven by ego, and putting self AHEAD of those you were sent to represent, what is?

If either of those weren’t bad enough, we’ve learned that the idea behind WEAPONIZING the IRS against Grass-roots Conservative Movements originated in McCain’s office, proposed by one of his staff.

And don’t even waste my time with the old ‘but he was a hero’ line. None of us cheers Benedict Arnold’s military victories or heroics — he is remembered for putting his personal piques ahead of the public interest at the times when it mattered most. Others can cheer McCain for what he did earlier in life, for his service.

But what he did to put self ahead of the public interest later in life will forever be what defines him to this writer, and many of our readers as well.

Theresa May tying herself to that man and thinking him ‘great’ only serves to remind us how flawed her judgment truly is. But that’s ok, her own party doesn’t want her either.

Good riddance, to both ‘sir Kim’ and Ms. May. Here’s to the possibility of Britain’s next chosen leaders serving their nation’s public interests better than the ones they’re kicking to the curb now.