Killer quote: “If you really want to kill the most things… be a vegan.” — Ted Nugent And he’s got the math to back it up!

With all the excitement about the glorified dog food masquerading as meat substitutes these days, and the virtue signaling about ‘carbon footprints’, and how humane these practices are, advocates of this new, more moral way of life haven’t stopped to crunch the numbers about just how bloody their dietary religion really is.

That’s ok, ‘uncle Ted’ was happy to do that math for them when he was on Joe Rogan’s show.

And with the Al Gores of the world set to cash in (bigly) on another round of well-intentioned lemmings doing their bit to save the planet — even KFC is trying meatless chicken for goodness sake! — you might want to see veganism’s bloody underbelly before buying into their ‘higher moral plane’.

If you’re planting soybeans so you can have that tofu…

“…you have to kill every ground squirrel, every vole, every shrew, every snake, every turtle, every frog every bird, every rabbit. Anything that gets in that beanfield I’m gonna plow and dismember — which is why the crows and the seagulls follow the combines every year — and then, if anything DOES survive my first slaughter, I’m gonna come in with Monsanto and poison the s**t out of everything so YOU can have a tofu salad and not be responsible for any death… F**k You.”

He goes on and unpacks the idea some more in his interview with Rogan.

And activists get bent out of shape when his one arrow fells one animal, and that one animal he killed gets eaten by the hunter or sent off to feed the hungry in various food kitchens. 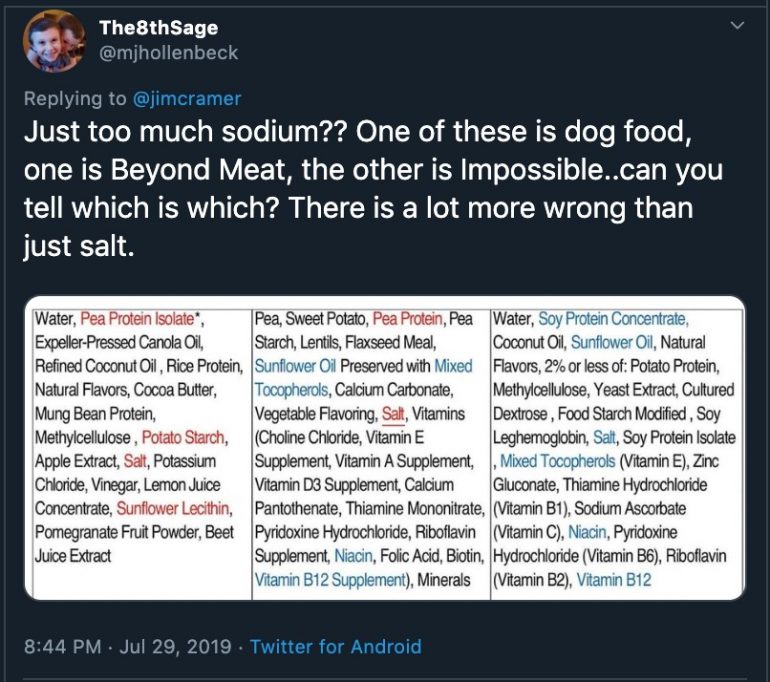 If you needed a clue that your worldview is a bubble off level, well… here ya go!

There’s plenty more where this came from in our archives. This is just a taste of it: