If this situation breaks down, it could have serious global implications.

Hong Kong protesters have shut down their major airport for 2 days, and the Chinese Government is cracking down.

These guys know how to get their point across. They were singing “Do You Hear The People Sing” from the freaking musical ‘Les Miserables’.

In fact, their State Government released a video showing just how much military muscle they’re bringing to bear on the standoff:

And today, the crackdown on the protesters has begun.

What’s this all about?

The good citizens of Hong Kong want to retain the freedom they enjoyed during their time under British rule, before the 100-year lease expired. But China now has other plans for them.

Plans they are willing to make by force.

8/11 This female first aid volunteer was shot by Hong Kong police in the eye during a protest Sunday. Doctors fear she could lose her right eye, local media report. This police brutality triggered calls to occupy Hong Kong's airport on 8/12. 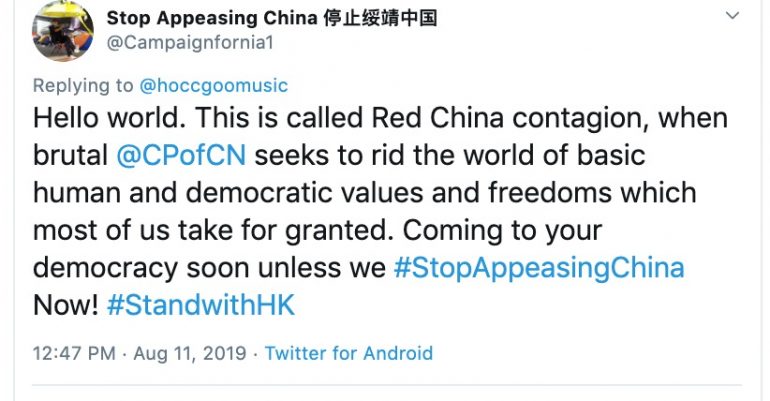 With threats from authoritarians like this on the horizon, do we REALLY trust our own domestic authoritarian Dems to do the right thing?