News just broke that Barack and Michelle Obama are buying a house in Martha’s Vineyard. A very BIG house. Is this consistent with their climate alarmism?

The answer to that is a big, fat “Nope.”

The former President that was so convinced of his environmental policy, he deemed himself some sort of “Climate Messiah” by saying that his election would mark the moment that the oceans began to recede and the planet began to “heal.”

He lectured about SUVs, eating meat, and your thermostat settings.

Just last year, in South Africa, he railed against the “wealthy” who were buying big houses and jetting around all over the world.

(Dang, that man was an arrogant, insufferable ass!)

As for “there’s only so big a house you can have” Obama seems to want to test the limits by purchasing a “super mansion” in Martha’s Vineyard with a whopping 29 acres of beachfront property. 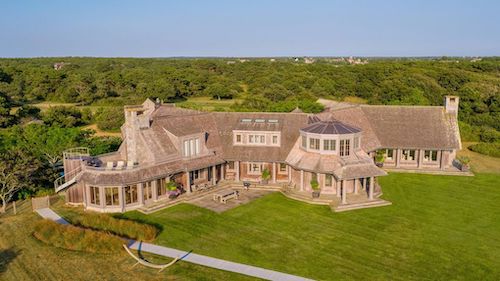 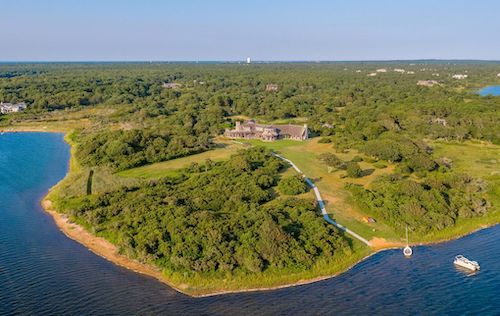 It’s a good thing those oceans were receding, eh?

TMZ reports on the massive home and describes the former First Couple as “Kennedy adjacent” if the purchase of the 6,892-square foot, $14,850,000 estate goes through.

Multiple island sources tell us the Obamas are in escrow for the estate owned by Boston Celtics owner, Wyc Grousbeck. The former Prez and First Lady have been renting the house this summer and loved it so much, we’ve learned they made an offer. The property is listed at $14,850,000. Our sources say they’re paying less, but we don’t know how much.

The estate — incredible. It’s 29 beachfront acres. The main residence is just shy of 6,900 square feet. It has 7 bedrooms, so Sasha and Malia have a place to crash, along with several of their friends. It has the obligatory pool, an outdoor fireplace, a chef’s kitchen, vaulted ceilings and 2 guest wings. It has incredible views, especially while soaking in the second-floor balcony Jacuzzi.

Seems like a rather large home for a couple of soon-to-be empty-nesters, don’t you think?

The property boasts a boathouse and private beach, but alas, only a two-car garage. Probably because they want to limit the carbon-spewing vehicles. Besides, with waterfront access like that, their buddies can just visit via yacht.

The home also has 7 bedrooms, 8.5 bathrooms, and two guest wings, although, Valerie Jarrett has presumably laid claim to one of those wings.

The listing is quite something. The Obamas must miss the White House, as it appears that there is no other color but white used in the decor.

It does seem quite hypocritical for the folks that want you to change your lifestyle in order to fight climate change, but they’re upgrading their lifestyle with no thought to their carbon footprint. They’re still jetting around the world and living large — and planning on living even larger, apparently.

Those on the left have called climate change an “existential threat” and insist that the only thing that can fix it is their policies — ie. socialism.

"The American people know the climate crisis is an existential threat," Pelosi said alongside House Democrats when introducing the Climate Action Now Act, which is aimed at reducing carbon pollution, expanding clean energy and ensuring that the U.S. honors the Paris Agreement pic.twitter.com/dd8hdZaNLG

These people want you to stop eating meat.

They want you to set your thermostat to 78 degrees in the summer (82 when you’re sleeping and 85 when you’re out of the house.)

They want to ban single-use plastics and force us to use products that are actually worse for the environment than the items that they are banning.

McDonald’s said that their paper straws cannot be recycled like the plastic ones that they had stopped using.

Those reusable cotton bags have to be used multiple thousands of times to make up for their carbon impact.

But that’s what these folks are telling us to do — stop using plastic straws, use germ-riddled reusable bags, and walk more.

I don’t care that he bought a 15Million dollar mansion. He’s an ex president. Good for him. But don’t lecture me about my fucking straw when your 15Million dollar island mansion is the first thing to go when Greenland melts. https://t.co/A1TnjFhqSa

It’s still insane the right (GOP) hasn’t figured this argument out about the apocalyptic climate doom cult… They don’t actually believe it either.

Using a Swedish autistic teenager as a human shield while your personal political demigod drops 15Million on an island in the Atlantic Ocean is why we write you off.

But the Obamas aren’t the only climate hypocrites.

It’s been well-reported about the celebrities like Leonardo DiCaprio on his “mega-yacht” trips and jetting 4,000 miles to get his eyebrows waxed while lecturing people for not driving a Prius or a Tesla the way he does. They all gather at a posh resort in Sicily after flying in on over a hundred private jets to talk about the urgent need to save the planet from climate change.

The other couple that has been in the spotlight for their climate hypocrisy is Prince Harry and Meghan Markle, the Duke and Duchess of Sussex. They’ve made 4 private jet trips in 11 days despite being committed “eco-warriors.”

Prince Harry and Meghan, who have been outspoken on environmental issues in recent months, generated an estimated seven times the emissions per person compared to a commercial flight when flying home from Nice.

Photographs of the royal couple and three-month-old Archie showed the family stepping on board the Cessna 680 Citation Sovereign jet on Saturday at about 3pm local time, having arrived in France three days earlier.

Royal experts said the British public do not want to be ‘lectured on climate change by those who don’t do follow their own advice’, while MPs said the trips do not ‘fit with their public image’ they project as eco-warriors.

They even write about it.

Meghan Markel guest-edited the September’s edition of British Vogue which included Prince Harry speaking about environmental issues and his love of nature.

As a continuation of our monthly social awareness approach to shine a light on the accounts that are working towards positive change, for the month of July we turn our attention to the environment. There is a ticking clock to protect our planet – with climate change, the deterioration of our natural resources, endangerment of sacred wildlife, the impact of plastics and microplastics, and fossil fuel emissions, we are jeopardizing this beautiful place we call home – for ourselves and for future generations. Let’s save it. Let’s do our part. Quote from The Duke of Sussex: “Environmental damage has been treated as a necessary by-product of economic growth. So deeply ingrained is this thinking that it has been considered part of the natural order that humankind’s development comes at the expense of our planet. Only now are we starting to notice and understand the damage that we’ve been causing. With nearly 7.7 billion people inhabiting this Earth, every choice, every footprint, every action makes a difference.” *********************************************************** Please visit the accounts we are following this month for more details on how you can make great change and help save our planet. We can only do this together, and every little bit helps. ? All photos included are from the above accounts

Royalty has its perks, right?

Do what you want and lecture the commoners on how they are to behave.

Can you think of a better example of the “Let them eat cake” sort of leadership in the modern era?

Sir Elton John defended the royal couple using a private jet to visit him at his home in Nice, France, by assuring the public that he purchased “carbon offset” credits for the trip.

“Carbon offset credits” are the indulgences of the Environmentalist Religion — you can do whatever you want and just pay extra to do it. It’s like a penance you pay before you sin.

Many other hypocritical celebs ran to the defense of the Royal couple. Ellen DeGeneres said that Prince Harry and Meghan are “the most down-to-earth, compassionate people. Imagine being attacked for everything you do, when all you’re trying to do is make the world better.”

They could be fine people, that’s not the problem. It’s the “do as I say, not as I do” attitude.

Veteran royal watcher Phil Dampier told MailOnline today: ‘Whether you think recent criticism of Harry and Meghan is fair or not it’s worrying to me that they don’t seem to care and aren’t about to change their behaviour.

‘They must have known that taking private jets four times in quick succession would leave them open to charges of hypocrisy but they just went ahead and did it anyway.

Frankly, I don’t care what they do. If they want to take a private jet trip or 5 every single day, that’s fine. Just don’t tell me I have to drink through a paper straw to allow you your private jet flights to Ibiza.

Although she’s not wealthy, 16-year old climate activist, Greta Thunberg is just as guilty of this kind of hypocrisy.

She virtue-signaled to the world that she was doing something for the environment by refusing to travel by air to go to the United Nations climate summit. It was billed as a “zero-carbon journey.” So, she traveled by yacht. A carbon-fiber yacht. But it had no frills — not even a working toilet, created electricity via solar panels and underwater turbines, and stiflingly cramped quarters. It was going to be a very uncomfortable cross-Atlantic trip for the teen that suffers from Asperger’s Syndrome.

She’s suffering for the planet, you guys. It’s a sacrifice that she’s willing to make.

And it turns out, her trip would have had less of a carbon footprint if she had just flown across the ocean with her dad.

The £4m boat – skippered by Boris Herrmann  – has been fitted with solar panels and underwater turbines that produce electricity on board, with the aim of making the journey zero-carbon.

However, reports in Germany have now revealed two people will have to jet out to America to return the ship to Europe.

Some news sources claimed a further two will also fly out to meet up with Greta, however those reports have yet to be confirmed.

The non-stop journey eco warrior Greta is making is – in theory –  the lowest-carbon option to cross the Atlantic.

It’s the hypocrisy of removing choice from those of us that don’t have the same luxury to “carbon offset” our lives. The super “woke”, enviro-fascist über-rich aren’t willing to change their lifestyles but demand that we change ours.

I don’t care that he bought a 15Million dollar mansion. He’s an ex president. Good for him. But don’t lecture me about my fucking straw when your 15Million dollar island mansion is the first thing to go when Greenland melts. https://t.co/A1TnjFhqSa

The rich:
– Fly on private jets everywhere
– Make billion dollar industry deals
– Own the companies that dump poison into the oceans

The poor:
– Eats a burger

Media: "Wow thanks for killing the planet, dick."