They hoped he would be a ‘hero’ for the cause against America. Bad news for the bad guys: your ‘hero’ just went *splat*.

In the Robin Williams telling of it, this would mean he now gets to meet 72 Virginians who are going to kick his sorry ass for eternity.

Hamza bin Laden was killed sometime before March, but within the last two years, reports say. And yes, the US of A had a hand in his demise — but the details about just how it happened are scant.

In a September 2017 article, counterterror expert and former FBI agent Ali Soufan said, “Hamza is being prepared for a leadership role in the organization his father founded” and is “likely to be perceived favorably by the jihadi rank-and-file. With the Islamic State’s ‘caliphate’ apparently on the verge of collapse, Hamza is now the figure best placed to reunify the global jihadi movement.”

In February, the State Department announced it would pay as much as $1 million for information on Hamza bin Laden’s whereabouts.

The department’s Rewards for Justice Program described the younger bin Laden on Twitter as “an emerging al Qaeda leader” who “has threatened attacks against the United States and allies.”
Source: NBC

He was supposedly in line to inherit the ‘family business’. Instead, he shared his daddy’s miserable fate. 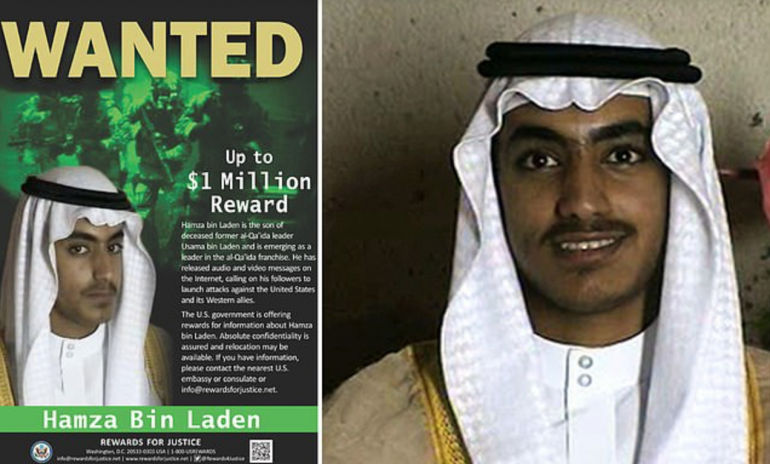 No glory for this guy, just another ignoble death with unfulfilled ambitions and hopefully his pathetic corpse was dropped into the sea or some unmarked hole. Better still, maybe his corpse was left out to be devoured by wild beasts.

Who knows? And at this point — really, who cares?

Crack a beer. Enjoy the victory, savor the moment. And then get busy doing what you do best: taking out the next slug to climb to the top of the heap. Whoever it might be.