As though he’s trying to make Hollywood seem sane by comparison, Tommy Lee went on a Twitter Tirade that shows exactly what they think of us.

We look at their side and see a combination of arrogance and ignorance. They hold us in contempt and we know it because they assume they are our moral superiors.

We find this beyond ridiculous, knowing exactly the ‘morality’ they champion, and the horrifying social, fiscal and liberty-eroding implications of their Big Government policies — always for ‘the greater good’ of course.

Sure he was ‘trolling’ us, but we see a perfect example of their concentrated contempt for us and everything we stand for in Tommy Lee’s hate-tweet.

Try to imagine the seething rage that would boil over the media talking heads if the mirror-opposite of this tweet were given in reply.

Here’s what ‘the petty’ said: 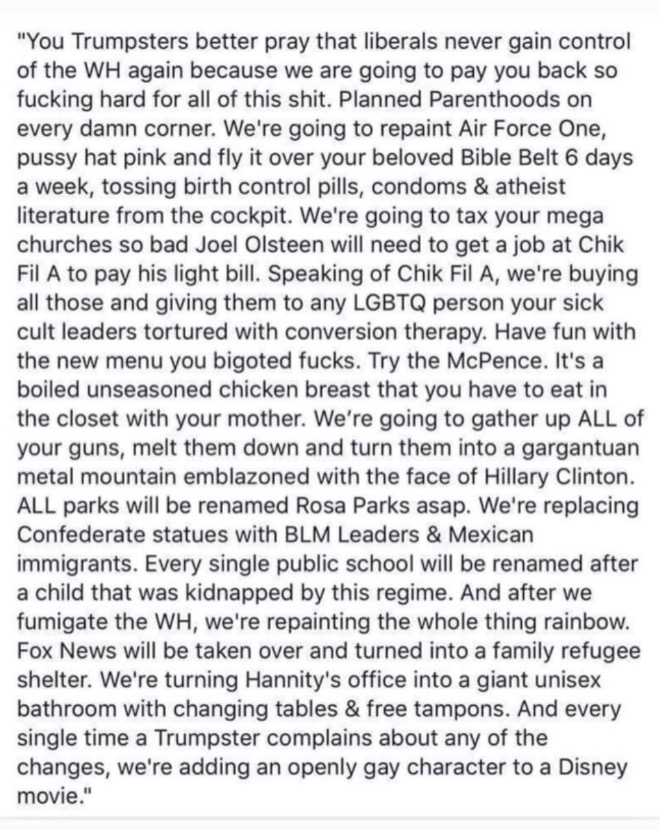 “You Trumpsters better pray that liberals never gain control of the WH again because we are going to pay you back so f*cking hard for all of this sh*t. Planned Parenthoods on every damn corner. We’re going to repaint Air Force One, pussy hat pink and fly it over your beloved Bible Belt 6 days a week, tossing birth control pills, condoms and atheist literature from the cockpit. We’re going to tax your mega churches so bd Joel Olsteen will need to get a job at Chik Fil A to pay his light bill. Speaking of Chik Fil A, we’re buying all those and giving them to any LGBTQ person your sick cult leaders tortured with conversion therapy. Have fun with the new menu you bigoted f*cks. Try the McPence It’s a boiled unseasoned chicken breast that you have to eat in the closet with your mother We’re going to gather up ALL of your guns, melt them down and turn them into a gargantuan metal mountain emblazoned with the face of Hillary Clinton. All parks will be renamed Rosa Parks asap. We’re replacing Confederate statues with BLM Leaders & Mexican immigrants. Every single public school will be renamed after a child that was kidnapped by this regime. And after we fumigate the WH, we’re repainting the whole thing rainbow. Fox News will be taken over and turned into a family refugee shelter. We’re turning Hannity’s office into a giant unisex bathroom with changing tables & free tampons. And every single time a Trumpster complains about any of the changes, we’re adding an openly gay character to a Disney movie.

Where do you even START with this?

Poor Tommy Lee. He sounds stressed out, doesn’t he? 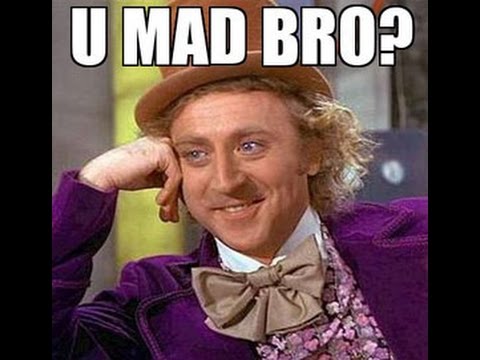 But I want to thank him for weighing in. Partly because leftists on twitter agreed with him… and partly for showing the truely unhinged and hateful face of people more interested in retribution than responsible government and opportunities for people regardless of party affiliation.

Thank you for showing the true face of the latent freedom-destroying authoritarians of the left whose first instinct is to PUNISH anyone who stands in the way of their political agenda.

Thank you for showing the depth of the left’s ignorance on what the limits of political power do and should look like.

Thank you for showing how completely disconnected your assumptions of the ‘facts’ of the situation are from any reality.

Thank you for showing this example of leftists wanting to hurt people just for being different from you and what you think is the right path forward.

Thank you for showing just how morally and intellectually bankrupt you really are in your ‘political musings’.

But wait — you only passed them off as your words.

Not only are you a washed-up rocker. It turns out even your tweets are stale and derivative.

I know you feel like a super hero for this tweet, however, it's material you copied from 2018.

Next time you try to make noise, at least make it your own content. pic.twitter.com/mpS4oBIcri

What, your drug-addled brain couldn’t even come up with your own anti-Trump screed?

Can you hear Eminem laughing at you?