Cynics might have reason to believe the PURGE of right-of-center beauty contest winners seems to be growing into a trend.

We’ve told the stories of not one, but TWO contest winners who had their crowns yanked over ‘politically incorrect’ (read: offensive to the Left) tweets (see below). But if this keeps going, beauty pageants will only be open to liberal lemmings who don’t rock the boat.

Of course, this would be an easy opportunity to make a partisan cheap shot like, ‘if you have to cheat to win, is it really winning,’ — and so we shall.

If the ladies on the left can hold a candle to our ladies on the right, then let the best candidate win. But when our side DOES win… they move the goalposts and invent ways to disqualify them. Or at least that’s what’s being claimed.

Is that what happened here? 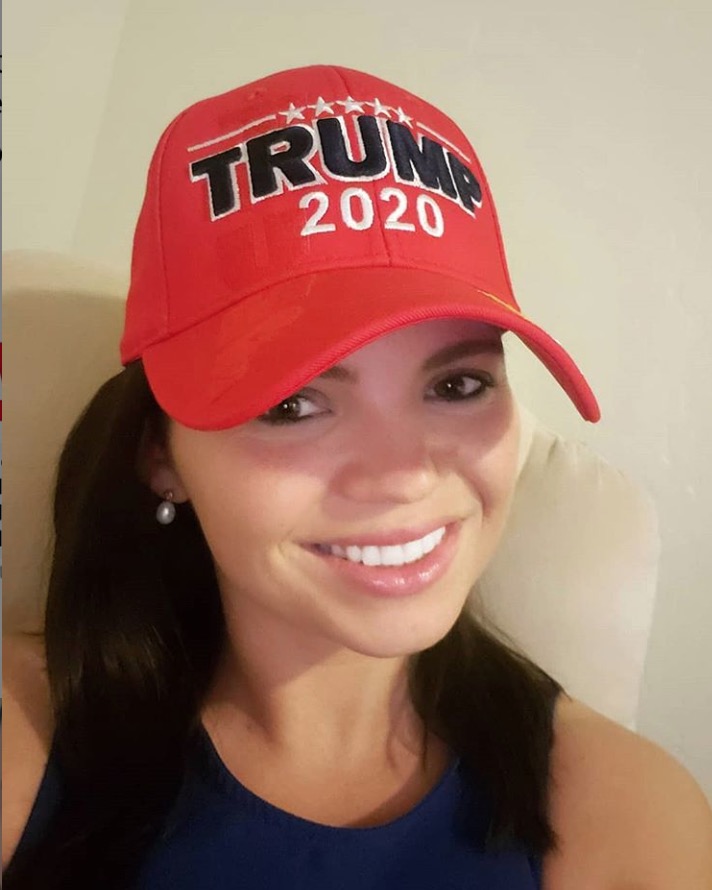 She’s a US combat veteran, holds the rank of Sergeant First Class in the US Army National Guard, and is a Trump supporter. Until Sunday, she also was the current Ms. Nevada State set to compete in the Ms. America Pageant this weekend. But Katie Jo Williams says after she refused to clear her personal social media of all things political, including her support for President Trump, she was stripped of her title.

“I was officially disqualified from competing in the Ms. America pageant for 2019,” said Williams in an Instagram video. She says organizers told her she was “too political” to be involved.
Source: CBN

Thank you to everyone who supported me, but I have to get this off my chest!

According to Summit News, the director of the pageant sent screenshots to Williams showing which pictures she needed to delete. They included pictures of her wearing a Trump 2020 hat, as well as photos of her professing her love for America, and her opposition to Antifa. She says the director’s message made it clear these pictures all needed to be erased.

Yet earlier, Ms. America Pageant CEO Susan Jeske appeared to show support for Williams’ social media posts. A Facebook conversation posted to The Gateway Pundit between Jeske and Williams reveals that Jeske encouraged Williams to have a photo taken of herself wearing her Ms. Nevada State sash, standing beside President Trump and Donald Trump, Jr. at an upcoming Turning Point USA conference that was held in Washington in July.

Despite that support, on Sunday Williams was asked to remove her posts. After she refused, her pageant title was taken from her. According to Williams, in addition, organizers then told her that in order to get a refund for her entry fee, she would have to send back her Ms. Nevada State sash and crown and agree not to discuss her removal from the competition with anyone.
Source: CBN

The pageant is on Saturday. Everything was booked and paid for. Sponsor money was collected.

And now, because she has social media that denounces the Anti-first amendment group ‘Antifa’, and because she’s got photos of herself wearing a MAGA cap or standing with the President and his son in her timeline, she can’t compete?

Would they have pulled this crap if someone had posed with, say, Obama or Kamala Harris?

Williams is baffled by what has happened to her. But losing her title and the chance to compete in this weekend’s Ms. America contest has not shut her up.

“I am so tired of being labeled as this crazy, right-wing, whatever you want to call it,” she said. “I just don’t understand how you could censor someone with conservative values when I’m not even really saying anything that’s bad.” Source: CBN

The pageant has replied saying that the contest is non-political and that all contestants are contractually obligated to separate their ordinary social media (where they are free to wax political) and their pageant social media, which is to be free of such details.

Was this a case of not reading the fine print? Or are they being heavy-handed?

What do our readers think?

WOW! Beauty Queen Suspended for Tweets Against ISLAM – Do YOU Support Her?