This so-called conservative believes there is no saving the Republican Party in the Trump era — it must be destroyed.

Jennifer Rubin, a “conservative blogger” who writes for the Washington Post blasted the GOP and their supporters on MSNBC’s AM Joy on Sunday. Her inflammatory statements contained rather violent imagery that received no push-back from host Joy Reid.

Rubin said that Trump must lose in 2020 because he’s just oh-so-horrible, that anyone supporting him should be publicly shunned, and that the GOP should essentially be burned to the ground and not leave “survivors.”

Here it is in her own words:

“It’s not only that Trump has to lose, but that all his enablers have to lose,” she said. “We have to collectively, in essence, burn down the Republican Party.”

“We have to level them because if there are survivors — if there are people who weather this storm, they will do it again.”

Rubin said if Republicans are victorious next November, they will see it as an affirmation of their beliefs, and only become further emboldened to push their radical views on society.

“They will take [an election win] as confirmation that, ‘Hey, it just pays to ride the waves. Look at me, I made it through,'” she said.

Washington Post "conservative" blogger Jennifer Rubin on the Trump administration: “We have to … burn down the Republican Party. We have to level them because if there are survivors, if there are people who weather this storm, they will do it again” pic.twitter.com/Dy0uIFxKqg

Jennifer Rubin has ceased to be anything remotely close to conservative for some time. Back in October 2018, a group of conservative leaders from the American Principles Project wrote an open letter to the Washington Post requesting that they hire someone who actually is ideologically conservative and cease to refer to Rubin as a conservative. The letter stated that they support WaPo in hiring whomever they like, including Rubin, but “ask for the sake of intellectual honesty that the Post cease to identify her as in any way ‘conservative.'”

“Anyone following Rubin’s writing closely at this point would rightfully find the claim that she is ‘conservative’ laughable. And yet, she is still regularly touted in the media as a conservative voice — and by your own paper as ‘reporting from a center-right perspective.”

The letter goes on to argue that the Post’s labeling of Rubin as conservative as an example why most conservatives distrust the media.

She’s not the only one whose opinions have “evolved” and shifted left.

According to the left, Joy Reid wrote some pretty spicey blog posts between 2005-2007 before she joined MSNBC. She claims that her blog was “hacked” but it’s been more than a year since her “insensitive and hurtful” blog posts were uncovered and the “hacking” incident remains a mystery.

Joy Reid, who has become one of the most dogmatic of leftists, may have once been a normal human being. Who could’ve imagined that?

So, the moral of the story is that the left hates conservatives and want you to conform or die — figuratively, of course.

They will shun you, publicly shame you, dox you if you donate to the wrong party, protest your home, boycott your business, try to get you fired, ban you from social media, harass you, and harass your family.

And if you’re a former Press Secretary, they don’t even want you on Dancing With The Stars. 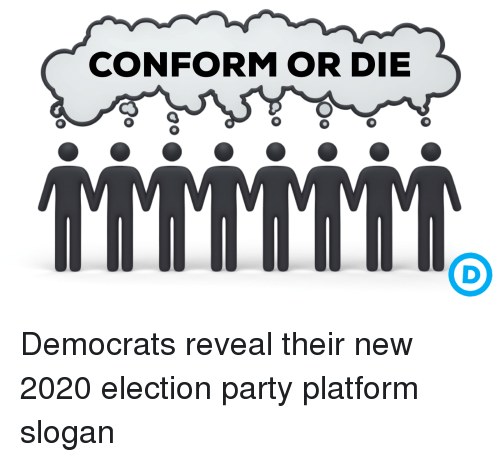