Poor Alisyn Camerota! She didn’t even see it coming.

Really, she should have.

During his appearance yesterday before the House Judiciary Committee, Corey Lewandowski said that he has no obligation to be honest with the press.

His testimony was quite the spectacular performance.

He brought a whole new meaning to the phrase “hostile witness.”

Frankly, it was a thing of beauty.

So was this appearance on CNN’s New Day with Alisyn Camerota.

Camerota pressed Lewandowski on his assertion that he is only obligated to tell the truth when he is under oath.

Lewandowski said that at least his commitment to tell the truth under oath is better than some of the CNN contributors.

(He didn’t mention it, but Richard Spencer being given a platform on the “Facts First” news outlet is right up there.)

Watch this masterful dance which ends in Lewandowski bashing CNN for hiring Andrew McCabe who appears to have lied under oath.

CNN's Camerota: You only feel the obligation to tell the truth when you’re under oath?

Corey Lewandowski: Which is clearly more than some of your contributors. As you know, Andy McCabe, who has a criminal referral, who's a CNN contributor, was not accurate under oath. pic.twitter.com/cANzrIy2PB

By the way, Vox is totally triggered by Lewandowski’s appearance on network news and opines that “cable news networks are not obligated to showcase known liars.”

CNN didn’t get that memo regarding aspiring novelist and known liar, Ben Rhodes. They’ve had appearances by the man who boasted that he created a Media(D) “echo chamber” when he was in the Obama administration and admitted that he lied to the press as well as the American people in order to push through the Iran Deal.

NBC News and MSNBC didn’t get that memo either — they now boast that Rhodes is a contributor.

Happy to announce @brhodes is joining @NBCNews and @MSNBC as a Political Contributor. The former Deputy National Security Advisor for Strategic Communications for President Obama makes his debut appearance on @MeetThePress this Sunday and @allinwithchris on Monday. pic.twitter.com/cr5NiyF7UY

Yeah… no. That’s not how this works.

You can’t promote and heap praise on liars of one political stripe and attempt to discredit everyone — even honest people — on the other. CNN is the worst offender, although the New York Times is pretty close.

This is why the Media(D) is an absolute joke.

I’m not a fan of lying in general, but we’re now at a point that it doesn’t matter what someone connected to Trump says, the Media(D) will spin it however they want to. Lewandowski seems to have that Trumpian view of the press — it’s completely irredeemable, so we should burn it down (figuratively speaking) and start over.

Just look at what they’ve done — for the past 3 years, they’ve been so consumed with bitterness that they lost a presidential election that they’ve attacked the President from Day 1.

And they’re so concerned that another conservative judge may be appointed to the Supreme Court by President Trump that they’re attacking a man — who had a stellar record and was subjected to multiple background checks — with nothing but nearly 40-year old rumors and innuendo that even the alleged victims can’t remember clearly.

The Media(D) seems to believe that the only people that should be given a platform are people who think just like them. 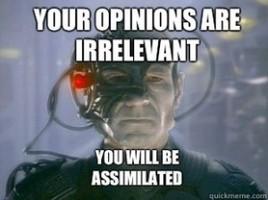