Dang! That is one MONSTER hog!

Last week, trappers were removing feral hogs that have been spotted near Gateway Hills Golf Course, near the Lackland Air Force Base in San Antonio. With the aid of K-9s, members of Lone Star Trapping managed to trap and remove several hogs from the area including the massive boar weighing in at a whopping 411lbs.

Wyatt Walton, a member of Lone Star Trapping, said that they’ve trapped 1,200 feral hogs in that area over the last three years.

“The work isn’t done,” Walton said. “As San Antonio continues to flourish in population, there’s that much more native land having developments built on it. To accommodate the growth, native wildlife is just being pushed and pushed. Eventually, you [will] end up having instances with human interactions as [the wild animals] are just trying to survive,” the trapper added.

At 411lbs, this was an absolute beast of a beast. 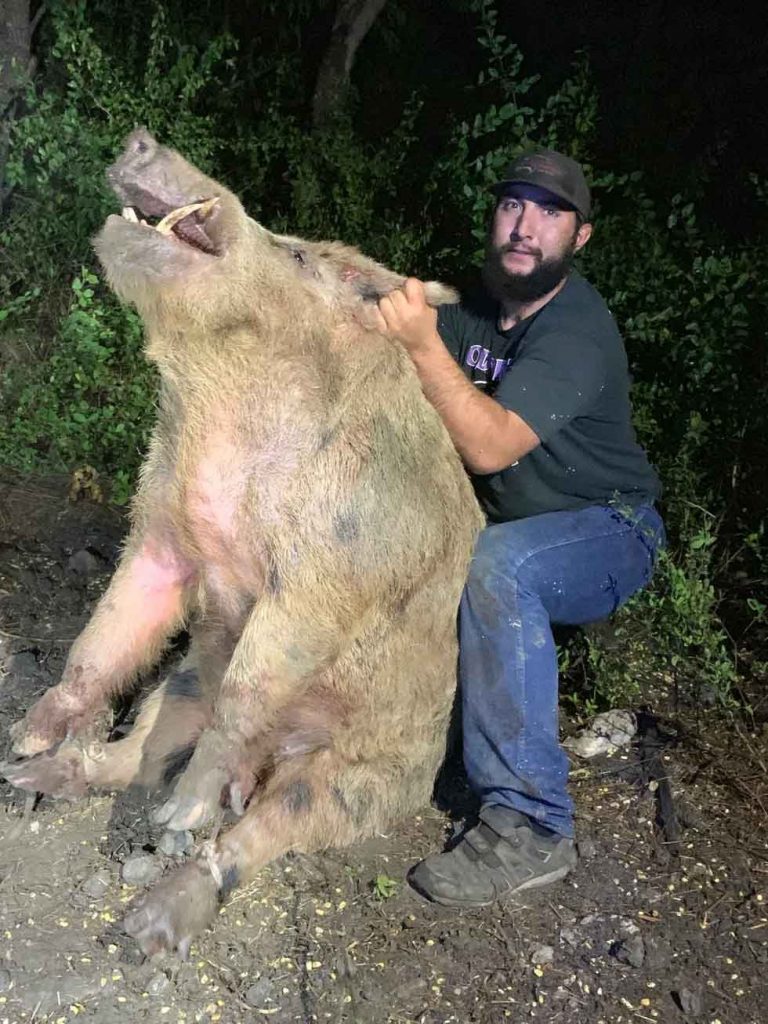 Here is the video of the captured hog:

Lone Star Trapping posted a couple of other photos with two large hogs on their Facebook page. 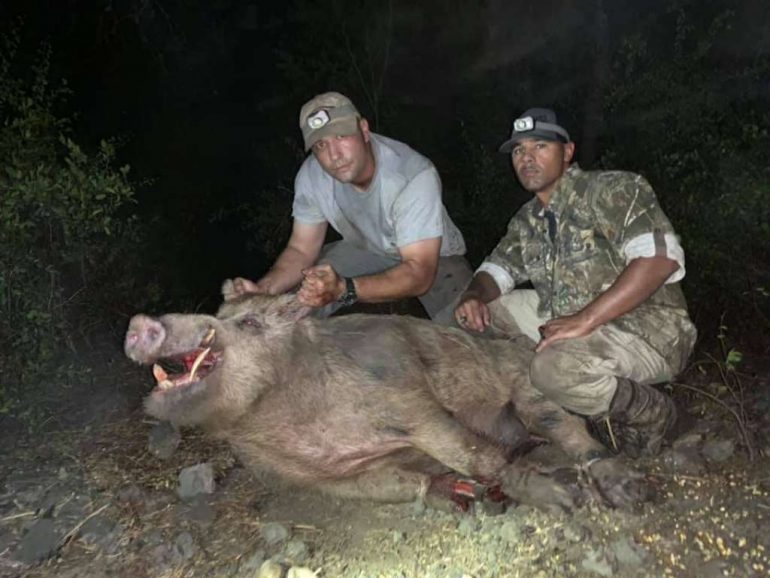 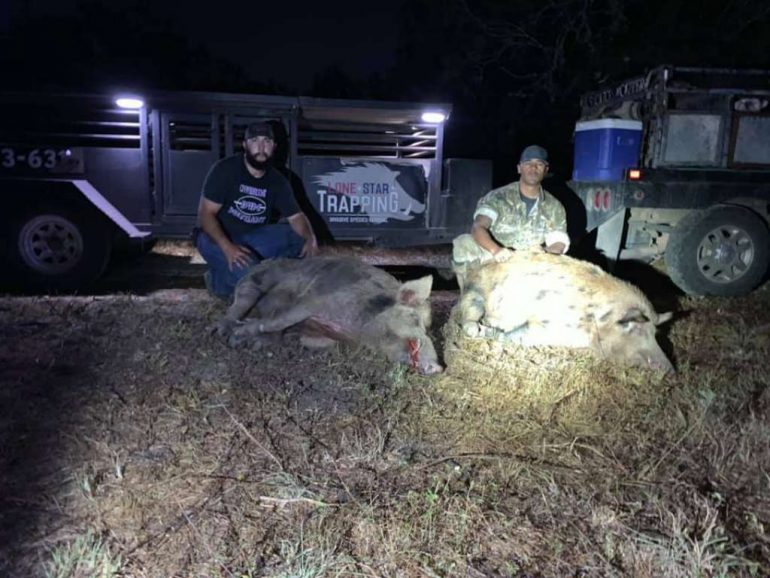 According to the Texas Parks and Wildlife Department, there is currently an estimated population in excess of 1.5 million feral hogs in Texas.

Hunting of feral hogs in Texas has been legal thanks to Senate Bill 317 which came into effect on September 1. The bill was pushed by Senator Bryan Hughes.

“This was once a problem that folks dealt with only in rural areas [but] now they’re coming into suburban areas,” Sen. Hughes told media outlet KLTV in February, noting that the ultimate aim was to reduce the population. “You don’t need a hunting license and there’s no season, these hogs are so aggressive and so harmful that you’re doing the state a service by killing them.”

SB 317 amended a line that said harmful wild feral hogs had to be “causing depredation” before they could legally be hunted.

So, what happened to the hog?

Lone Star Trapping did not immediately respond to a request for comment asking about the fate of the animal. When asked online, Walton responded: “I’ll have its head for a keepsake.”

What do the Taliban do when they are not stoning women to death or decapitating sinners?
September 26th, 2021 Liberty Unyielding