What do corrupt contenders do when facing a rival they know they can’t beat? They cheat.

The same principle is true in politics as it is in sport. Years ago, the story of a sports rivalry that took a criminal turn made national headlines. 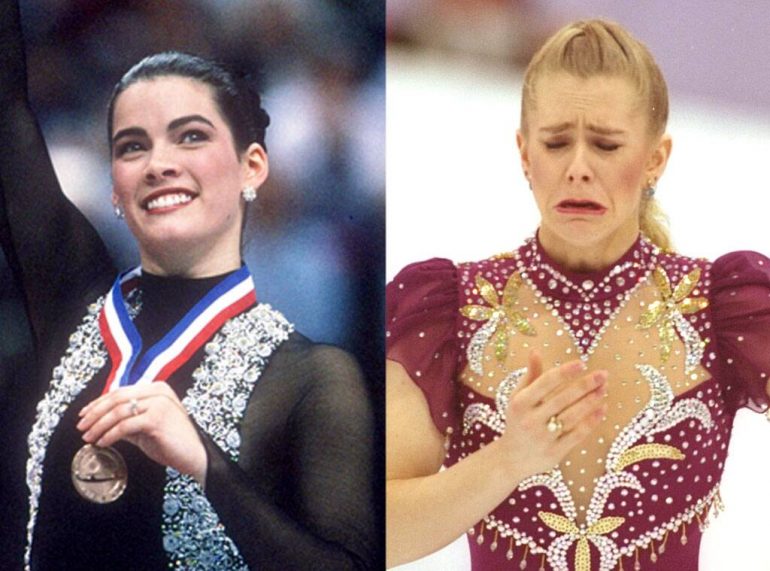 While it’s unclear how much she herself knew about it ahead of time, someone on Tonya’s team thought she needed a little bit of ‘help’ to get that top spot for herself. Long before Colin Kaepernick took the stage, taking a knee in sports carried a very different meaning.

Disgraced figure skater Tonya Harding has claimed that she too was a victim of the infamous attack on her rival Nancy Kerrigan, two decades after hit men hired by Harding’s ex-husband assaulted Kerrigan. — Time

The nation was heartbroken and outraged by this image of Kerrigan on the evening news:

And in the end, it didn’t even help Harding’s own career… it ended it.

Are there parallels in today’s impeachment fiasco?

Nancy Pelosi has charged ahead with her ‘impeachment inquiry’ despite the fact that three votes for impeachment have come back with a solid ‘no’.

But Nancy isn’t treating any of those ‘no’ votes as binding upon her. She is charging ahead anyway. A quick look at her side’s 2020 field and there’s no mystery as to why.

Yikes. How is her ‘Resist’ party possibly going to defeat Trump in 2020, especially when the metrics are looking so positive for his re-election?

Barring anything unusual happening, the president’s Electoral College victory could easily surpass his 2016 win over Democrat Hillary Clinton, which came by a 304-227 count.

…The modeling has been highly accurate going back to the 1980 election, missing only once.
Source: CNBC

As Al Green said, perhaps a little TOO honestly, “I’m concerned if we don’t impeach this president, he will get re-elected”.

There it is: an honest statement on the Democrats’ TRUE feelings on Hillary’s much-ballyhooed ‘smooth transition of power’.

A lot has changed since October 2016, eh? So much for that Hillary quote, “the peaceful transition of power is one of the things that sets us apart. It is how we hold our country together no matter who’s in charge.” — Politico

They know they’re in for a brutal fight in 2020, and have no guaranteed path to winning. More than one pundit has even looked at the economic and other indicators and openly wondered if this could portend a rehash of the epic Reagan/McGovern ass-kicking.

The ‘insurance policy’ of the Mueller Report was supposed to throw him out of office, but ‘Mueller Time’ came up so woefully short that they no longer speak of it. It was useful for dirtying him up in the news day after day with endless baseless innuendo about somehow being Putin’s Puppet.

Pelosi and Schiff claim to be on the side of the angels, defending the Constitution from Trump.

“Below is a memo with messaging guidance on the impeachment inquiry,” Bustos wrote in an email to House Democrats.

…“Recent polling in national and battleground surveys has demonstrated that voters’ views on impeachment have shifted since the summer, with support for the impeachment inquiry growing as Democrats consolidate support and independent voters reject President Trump’s actions regarding Ukraine,” the memo reads.

This looks an awful lot like a rush to kneecap a president they can’t beat rather than anything resembling a careful consideration of relevant facts searching to prove or disprove specific allegations of breaches of particular laws.

As though to prove that case, we have this update from today.

.@RepAdamSchiff is now scheduling 2 witnesses a day and plans to conduct those depositions simultaneously. How can Members be in 2 places at once?

This is @SpeakerPelosi’s unfair & partisan impeachment plan to “strike while the iron is hot.”

The American people see through it.

Let us not forget that Pelosi sits THIRD in line for Presidential Succession.

For her — alone — to determine this course of action without the general agreement of the House could ITSELF be viewed as corrupt political action for personal political gain.

That in itself should shut down the process unless the WHOLE House supports it.

Worse than that, Schiff — whose staffers secretly met with witnesses ahead of time in Ukraine (think: ‘witness tampering’) — is promoting a process that is allegedly Classified, yet suspiciously, every Democrat talking point (and direct quote, context be damned) gets dumped to an eagerly compliant media, while Republicans have respected the secrecy and speak only in the most circumspect of terms.

Shifty is the kneecapper in this Stalinist Show-Trial. The uncertainty of whether Pelosi drove this impeachment run, or just got swept up in a party she’s not really controlling, makes her more-or-less the Tonya Harding of this scenario.

The whole thing stinks to high heaven, and it’s time Republicans get aggressive in employing every tool they have to bring this to a halt until they can do so without corrupting our entire process.

WTF? Devin Nunes Says That There Were ‘Irregular Requests’ To MONITOR Journalists By Gov’t Officials

Hey Patriots: Is It Just A Little Suspicious That Shifty Sent A Staffer To Ukraine… In August?