The same city that only solves ONE out of every SIX MURDERS poured untold manpower into solving Smollett’s MAGA hoax. Does that seem just a little off to you?

Police scrambled to pour over evidence around a bogus attack on a Hollywood actor. During that time, those very same police were UNavailable to scramble in the solving of any actual MURDER cases.

Murder cases like the sad story of Demetrius Griffin Jr.. Who is that, you ask?

He was burned alive.

Unlike Smollett, who used the police as a political means to an end, Laura Ingram is taking an interest in seeing whoever brought Demetrius’s young life to such an unimaginably brutal and ignoble end face justice.

Three years later, Ingraham said during a special Friday night Chicago town hall that she was increasing reward money that had been set up by the family from $15,000 to $20,000.

“We don’t have any values anymore,” she added.

Ingraham tore into Chicago over their lack of murders solved.

We’ve been bringing it up too.

We can’t help but wonder why Democrats who claim to be so motivated by their care and concern for minorities get so very worked up over school shootings, which however tragic and horrific they are (and, yes they ARE certainly tragic) pale in comparison to the sheer carnage unleashed on any given weekend in cities that have been Democrat strongholds for the entirety of living memory.

Hey Jackass is a great site for the purpose of knowing what’s been happening in Chicago’s crime stats. Of course, the one thing that can get lost in stats like these — especially with numbers this high — is the humanity of each individual victim.

Hey Jackass puts the stats into some stark relief: 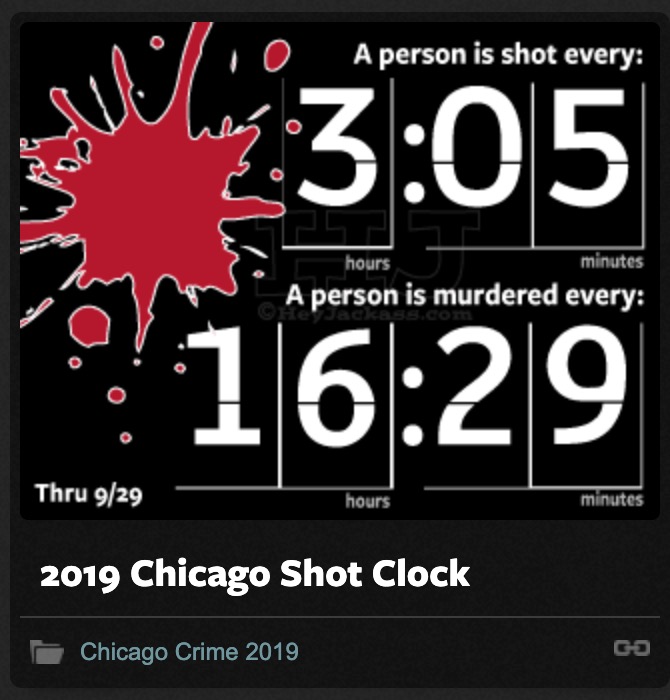 One dead human every 16 hours. Three every two days. 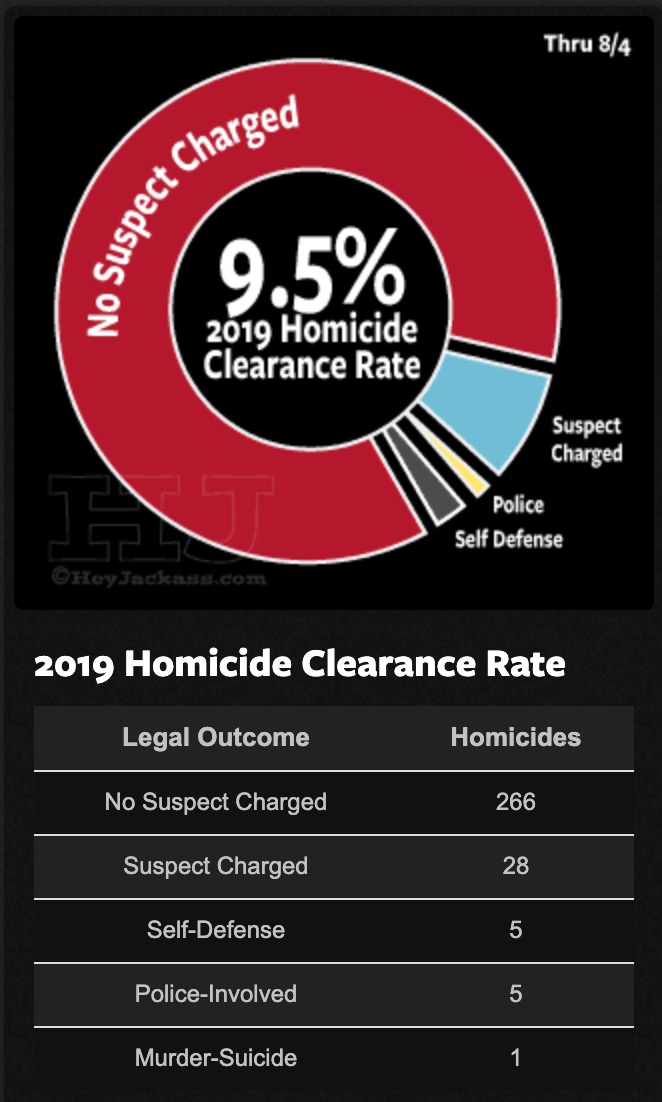 And those victims the Media are careful never to talk about? The people whose lives are seemingly a politically forgotten non-issue, one they carefully AVOIDED talking about in the same weekend were we talked about the murders in Dayton and El Paso? 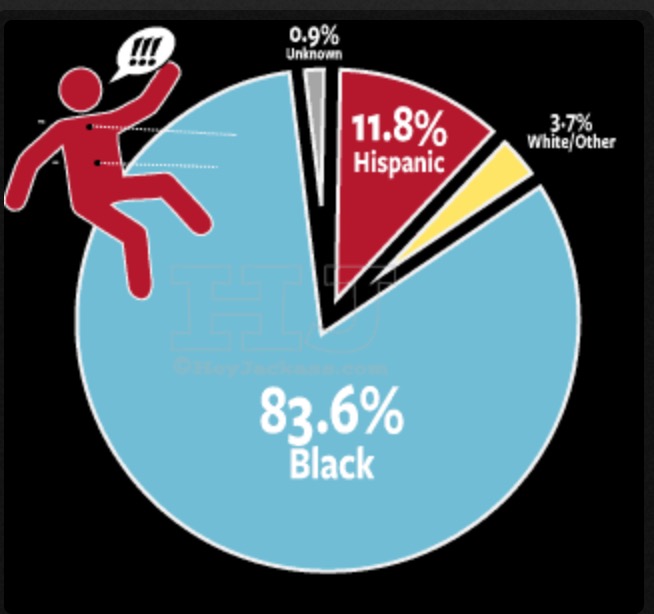 But all hands on deck to solve that Smollet hoax.

Most of those forgotten victims are black.

But a Republican is speaking up for Demetrius Griffin Jr., and Republicans have been clearing away literally tons of trash piles in Baltimore and LA.

And Trump’s administration has lifted the job numbers and wages of ALL demographics, and minorities in particular.

Like Trump asked a black audience about voting for him in 2016… what the Hell do you have to lose? What, indeed?

WATCH: Here’s What We ALL Missed About Trump’s Baltimore ‘Scandal’ … Someone Tell CNN