I’ve met lots of police officers who said they would never go door-to-door and confiscate guns. I’ve also met officers who would. Seizing someone’s property is a slippery slope, and the edge is closer than we might think. Several Democrat presidential candidates already called for gun-confiscation. Unfortunately, none of the other Democrat candidates denounced it. Consider how gun confiscation plays out from the police officer’s perspective. Some states have gun-confiscation laws in place already.

He is a “danger to himself or others,” or so the officers were told. Of course, that wasn’t exactly what the complaint said, and that isn’t really what the judge ruled. There are lots of little lies that grow as the story was passed from the estranged wife, to the divorce lawyer, to the prosecutor, to the judge. Now the confiscation order is passed down to the lieutenant and finally to the policeman. 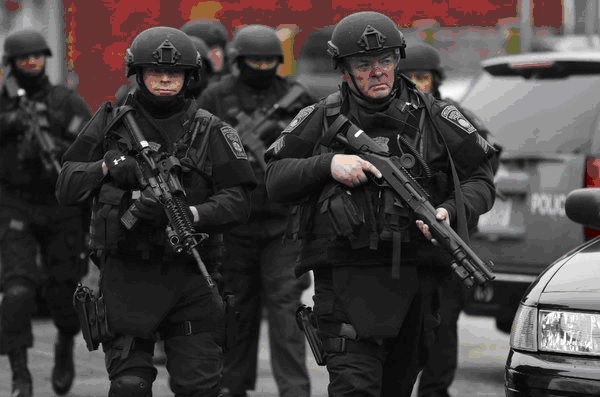 That is how SWAT teams ends up at someone’s door in the middle of the night. That is the reality of an “Extreme Risk Protection Order” (ERPO).

We should expect more unjustified SWAT raids as the result of the recently passed Red Flag Gun Laws and ERPOs. There will be lots of mistakes since we have over a hundred million gun owners in the US. Add in the facts that forty percent of households have a gun, and half of marriages end in divorce. Also, remember that there is no penalty for lying in family court. With that, the stage is set for abuse and tragedy. 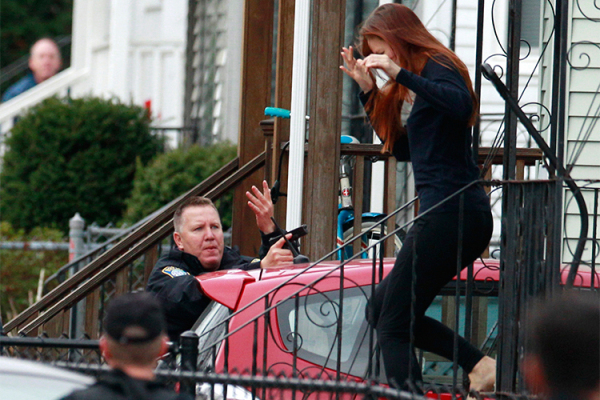 We’ve already seen laws misused and abused in family court, but now something has changed. Now the cops will come with guns drawn in order to disarm an innocent gun owner. That increases the risk of violence, and the concern isn’t theoretical. We’ve already seen things go horribly wrong. Policemen were shot when they broke into the wrong house. Innocent homeowners were killed when cops stormed into their homes.

After the midnight raid, the officers says they were only following orders. The officers ask for qualified immunity since they are government employees following department procedures.

Now we will finally ask the question if qualified immunity can apply to an unjust law.

“Red Flag” gun laws are being challenged in the courts since honest and non-violent citizens are being severely punished without due process. That may mean the officer and his superiors can and should be charged if innocent people are injured after enforcing an unjust law.

We got rid of the excuse, “I was just following orders.”
about 75 years ago at Nuremberg.
It wasn’t justified then and it isn’t justified now.

The officers I’ve trained with know that gun owners don’t deserve midnight raids. They know that licensed civilians who carry guns in public are extraordinarily law-abiding and non-violent.

With an ironic twist, the officers own words might be used to convict them in court;

“Tell me lieutenant, what would you do if someone broke into your home in the middle of the night?
“By the way, I have these sworn statements from the concealed carry students you trained. You said an innocent person should stop the threat and then retreat until they can summon help.
“And here, lieutenant, is a similar sworn statement by your ex-wife.”

Confiscating guns at gunpoint is playing with fire. Lots of us will get burned. The best way to win is to not play.

That is a problem. Government is a blunt tool at best. We have to use it carefully, and first do no harm. Extreme Risk Protection Orders are a gun-confiscation by another name.

If sending SWAT cops to our door is the answer, then we’re asking the wrong questions.