After sitting as spectators as the Impeachment Circus hit full stride Republicans have started pushing back.

Rep Kevin McCarthy is starting to act like the Minority leader and is showing some initiative. After seeing Pelosi’s and Schiff’s dirty tricks for the last week or so, McCarthy has a specific response to their devious tactics.

READ⬇️ I’ve written to Speaker Pelosi to halt the impeachment inquiry until we can receive public answers to the following questions. Given the enormity of the question at hand—impeaching a duly elected president—the American public deserves fairness and transparency. pic.twitter.com/EFKOghyf9w

Here are the screenshots. We’ll include a transcript below. 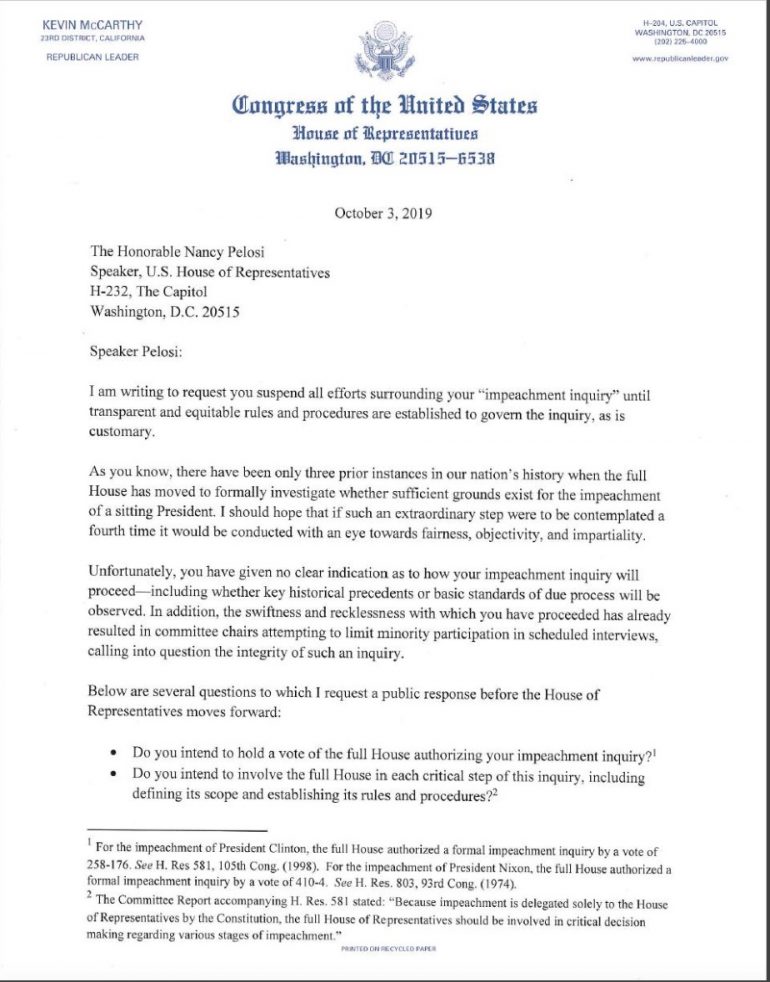 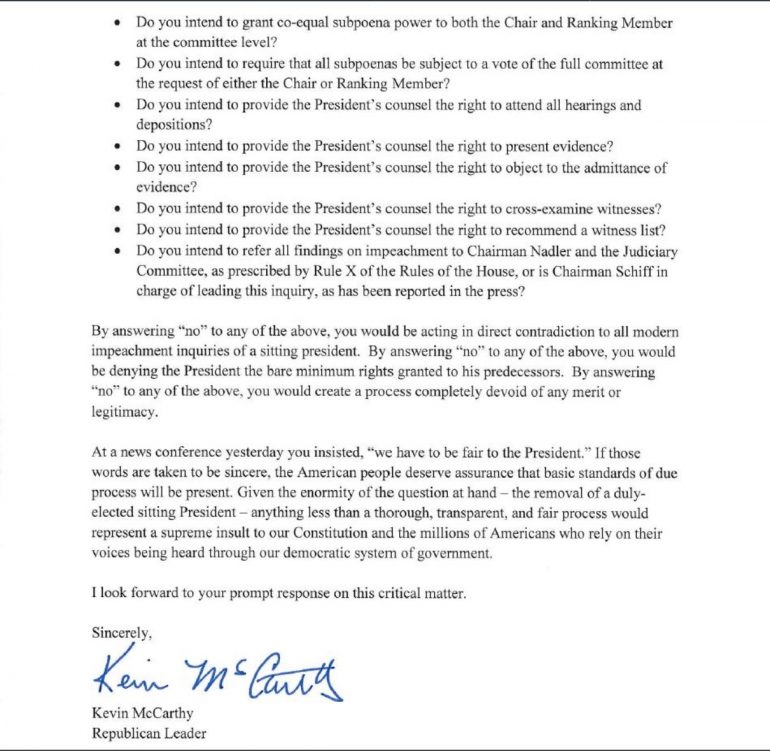 I am writing to request you suspend all efforts surrounding your “impeachment inquiry” until transparent and equitable rules and procedures are established to govern the inquiry, as is customary.

As you know, there have been only three prior instances in our nation’s history when the full House has moved to formally investigate whether sufficient grounds exist for the impeachment of a sitting President. I should hope that if such an extraordinary step were to be contemplated a fourth time it would be conducted with an eye toward fairness, objectivity, and impartiality.

Unfortunately, you have given no clear indication as to how your impeachment inquiry will proceed — including whether key historical precedents or basic standards of due process will be observed. In addition, the swiftness and recklessness with which you have proceeded has already resulted in committee chairs attempting to limit minority participation in scheduled interviews, calling into question the integrity of such an inquiry.

Below are several questions to which I request a public response before the House of Representatives moves forward:

At a news conference yesterday you insisted “we have to be fair to the President.” If those words are taken to be sincere, the American people deserve the assurance that basic standards of due process will be present. Given the enormity of the question at hand — the removal of a duly-elected sitting President — anything less than a thorough, transparent, and fair process would represent a supreme insult to our Constitution and the millions of Americans who rely on their voices being heard through our democratic system of government.

I look forward to your prompt response on this critical matter.

For context, and a point of reference, the remarks by Pelosi about being ‘fair’ are taken from the Press conference below, at about the 6:40 mark.