What is with the left’s obsession with using dance as a protest?

Extremist climate activists are dancing their way to a carbon-free society… while using diesel generators in their tent cities.

The #Resist crowd seems to be using the same bust-a-move tactic. (Although, it’s highly likely that there is some siginificant overlap in membership between the two groups.)

President Trump held a rowdy rally in the heart of Democrat Congresswoman Ilhan Omar’s district. The Target Center in Minneapolis was packed with Trump supporters. Outside, however, thousands were in the streets protesting President Trump, and some of them did much more than dance. There was shouting, blowing whistles, harassing Trump supporters, tossing urine, and burning a Trump flag and MAGA hats.

Supporters and protesters clashed Thursday night outside the Target Center after a rally for President Donald Trump.

Some threw urine in the streets and a small fire was quickly extinguished by police.

The protest began in the afternoon with various immigrant, women’s and anti-war groups assembling against the president as Trump supporters lined to enter the venue.

Demonstrators blew whistles, chanted and drummed early in the gathering before tensions rose later in the night.

Between 9:30 and 10 pm the hysteria escalated and protesters had begun to burn MAGA hats and a group chased a man that they labeled a Nazi.

Line for tonight’s Trump rally is no joke. pic.twitter.com/5WzdnHe8Rx

Later some were caught throwing stuff at officers and their horses.

Trump flag being burned as Trump supporters chant nearby. This is getting a little crazy. #TrumpMinneapolis pic.twitter.com/rkcWXA3ACr

Moments like this honestly have been rare. In part because I think both sides of been kept away from each other. But when they mix it’s very not good. #TrumpMinneapolis pic.twitter.com/zDSLwLyq6j

It’s not even very good dancing — they should’ve choreographed something like they did for the Extinction Rebellion protest. Although, that was pretty bad, too.

Washington Post reporter posted a video on Twitter of a group of protesters chasing a man that they labeled a Nazi.

A man in a blue jacket seemed to be leaving the Trump rally by himself when he was spotted by a protester who yelled: “There’s a Nazi over here!” A group of protesters then attacked the man, slapping and pushing him. He finally ran away. pic.twitter.com/jzYaWgca9g

The response from Trump supporters can be summed up with this photo:

Go ahead and protest, #Resist leftists. That’s your right.

Meanwhile, in the world where Donald J. Trump is President of the United States, we’re just gonna… 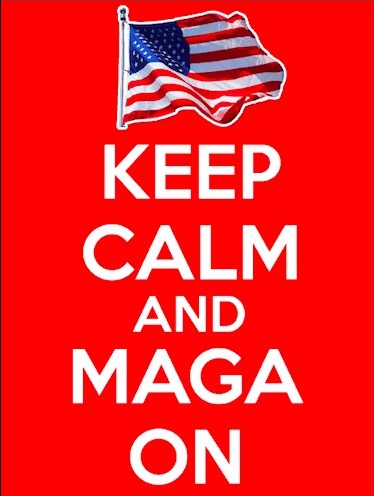