Do people really believe this or is this just some internet trolling?

Greta Thunberg, the Swedish teen who has become the face of climate alarmism for her school boycott, is now being called by some on the internet a “time traveler” who has come to save the human race from extinction.

A photo of a young girl at a well in the Yukon Territory in Canada from 1898 has sparked a firestorm online as people note that the girl looks “just like” Greta Thunberg. The photograph was found in the University of Washington archives and social media users were quick to comment on the startling resemblance. 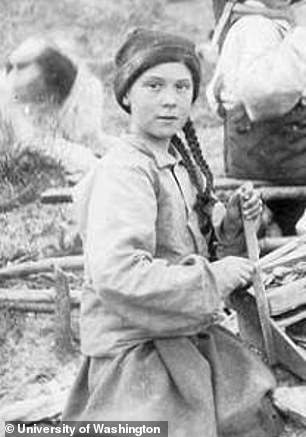 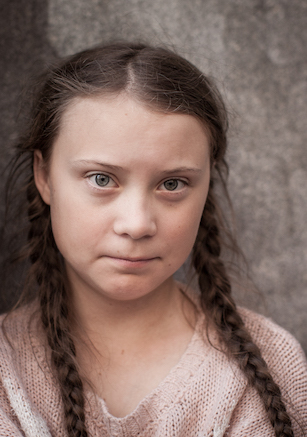 It’s unclear what Thunberg thinks of this as she is currently on a 48 ft catamaran traversing the Atlantic in the middle of November in pretty rough weather to attend a climate change summit in Madrid, Spain.

I want to thank all the people who I’ve met I North America for their incredible hospitality. And thank you all for your amazing support!

In other news, Greta Thunberg is a time traveller.

Is it possible that people really think that she has come back to save the human race from extinction, or is this just a joke on the internet going viral?

It’s sometimes difficult to tell on the internet, but the majority of comments seem like it’s all a big joke. Headlines from other news sources claim otherwise and are treating the whole thing as a very serious conspiracy theory. Clearly, journalists don’t understand how the internet works.

'Is that you, #GretaThunberg Greta?' © Eric A. #Hegg /University of Washington Libraries… pic.twitter.com/ZVo1v80ZXj

That has to be photoshopped surely, they’re identical ??

So, ‘Greta Thunberg’ is in a photo from 120 years ago, and it’s my new favourite conspiracy. Greta’s a time traveller, from the future, and she’s here to save us. pic.twitter.com/5ObTjPFXvk

This photo, taken in 1898, appears to have Greta Thunberg in it! Which is making somer folks believe that maybe she's a time traveller, an angel or a child from the future sent to warn us all of the real threat of Climate Change. I think it's all of the above RS pic.twitter.com/uAnYObktI9

This intrepid reporter can clear up this conspiracy theory immediately.

Yours truly has definitive proof that this could not be Greta.

Here are my reasons:

Our first family meal after an unsettled first 24 hours was a heartwarming start to day 2.Seasickness took Greta,…

No one would knowingly subject themselves to that kind of travel, especially with a toddler and rough water. Can you say barf-o-rama? Seasickness happens! Imagine being trapped on a 48-foot boat with a seasick toddler traveling slowly to avoid rough weather. That is cruel and unusual punishment.

We had to slow the boat down to avoid some really rough weather ahead, but now we’re back on track at full speed. Hopefully we will arrive in Lisbon, Portugal, sometime in early December. @Sailing_LaVaga @elayna__c @_NikkiHenderson pic.twitter.com/k4yk8TGDjc

Besides, if time travel was possible and Greta was an honest-to-goodness time traveler, why would she come now and not 30 or 40 years ago and corrected us that the real issue is climate change and not the concerns over acid rain or the ozone layer?

Fauci’s Words Come Back to Haunt Him
The Black Sphere