They were family members visiting Mexico for a wedding anniversary. Victims include three mothers, 4 preteen kids and twin 6-month-old infants.

The possible motive for this violence remains unclear. Theories being weighed include a targeted attack due to a cartel settling scores with the family, a kidnapping, and being caught up in a clash between rival cartels.

The damage was horrific. The human cost was worse.

To the citizens of the United States Of America, Mexico and to HUMAN BEINGS across the world….THIS IS A DEVELOPING STORY THAT IS HAPPENING NOW..NEW DETAILS ARE ARRIVING BY THE SECOND….THIS IS ONGOING. AS OF NOVEMBER 4TH 7:00 PM CENTRAL TIME…..it is with heavy hearts and unspeakable sadness we inform you that the 2 missing Mothers Christina Langford and Dawna Langford along with many of their precious INNOCENT children have been slaughtered and gone to their Rest. We've had no help from the powers and authorities that be as of yet ….one of the older boys escaped with 6 of his siblings and he was able to run home to La Mora Municipio Bavispe Sonora Mexico after leaving his wounded, bleeding, and bullet ridden brothers and sisters hiding behind trees from the ONGOING shootout between the cartels. Teenagers and adults have been scrambling into the mountains to find our loved ones..risking their very own lives….while help is nowhere to be found… GOD HELP US IN JESUS NAME WE PRAY.Attention all of the World. We are a community of US citizens that live and operate between Mexico and the United States we are under attack as we speak by the cartels in Mexico… We have been petitioning the American embassies in Mexico all day long to no Avail… we need this to be shared and the whole world to witness the atrocious inhumane and barbaric acts that were committed against us today, Rhonita Miller and her 4 children were shot up and burned to death in this vehicle and at this very moment there are TWO more suburbans with 2 of our families totaling 2 wives and 10 children that are missing and/or kidnapped by the cartel….. We need help immediately!!..

At least three American mothers and six children from a Mormon community based in northern Mexico have been massacred in an attack blamed on drug cartel gunmen.

The victims, who belonged to the LeBaron family, were ambushed about eight miles apart in the Mexican border state of Sonora on Monday.

At the time of the attack, 17 of the family members were traveling in three cars from La Mora – a breakaway settlement founded decades ago in northern Mexico as part an offshoot of The Church of Jesus Christ of Latter-Day Saints.

There are reports some of the family members, who were dual U.S.-Mexico citizens, were heading to celebrate a wedding anniversary.

Several family members have since described horrific scenes, including how gunmen opened fire on one child running away and others burning to death inside a car that was torched.

Other young children managed to escape and hide by the roadside while one of the mothers was shot in the chest as she put her hands up to surrender. Relatives fear some of the victims may have been raped.

One family member has described how a boy managed to hide his wounded siblings – some less than a year old – in bushes before he ran back to the nearby town to get help after his mother was gunned down.

The motive for the attack is not yet clear, although it is possible it was an attempted kidnapping. A family member reported receiving a phone call hearing screams before they were executed.

The religious group has had previous run-ins with organized crime cartel in the area, including one member being killed. One family member, however, believes the recent attack was a case of mistaken identity.
Source: DailyMail 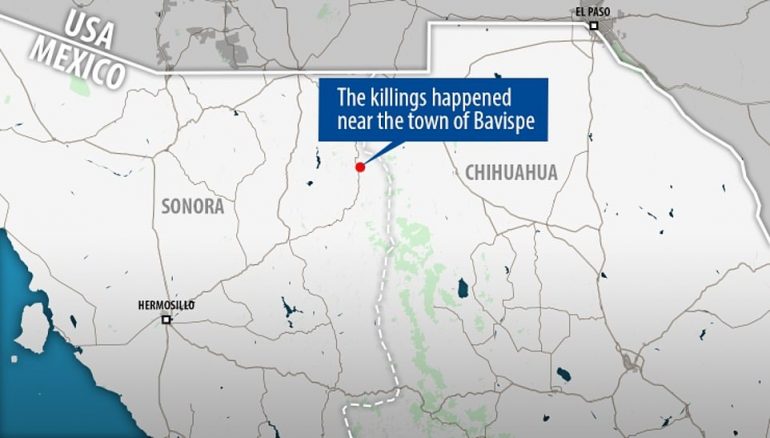 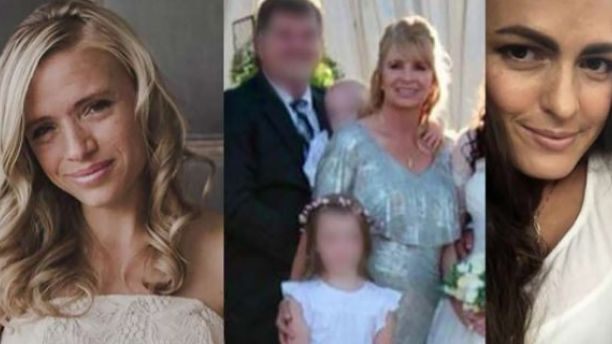 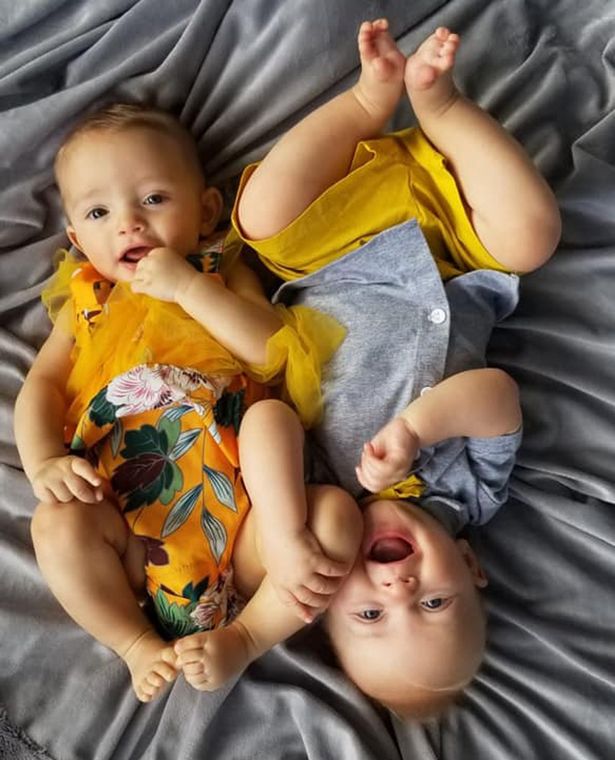 If there is any good news to be seen in this story, it is the heroism of some of the children.

At least one of the surviving preteens ran from the site of the attack to seek help from the nearby town after hiding one of the babies in the bushes.

A little girl was found alive.

The President has responded:

….monsters, the United States stands ready, willing & able to get involved and do the job quickly and effectively. The great new President of Mexico has made this a big issue, but the cartels have become so large and powerful that you sometimes need an army to defeat an army!

This is the time for Mexico, with the help of the United States, to wage WAR on the drug cartels and wipe them off the face of the earth. We merely await a call from your great new president!