Not knowing the cameras were rolling, Amy Robach told her producer she had ALL the gory Epstein details, but the ‘news’ agency refused to run it for some reason.

“It was unbelievable what we had. We had Clinton — we had everything.”

“I tried for three years to get it on to no avail, and now it’s all coming out, and it’s like these ‘new revelations’ and I freaking had all of it. I’m so pissed right now. Every day I get more and more pissed. What we had was unreal. Other women backing it up. Hey. Yep. Brad Edwards, the attorney backing it up, saying there will come a day when we will realize that Jeffrey Epstein was the most prolific pedophile this country has ever known. I had it all, three years ago”

The question we do NOT know the answer for is who made the call to spike this story. And what made them make that call.

This conversation was recorded a day or so after the following tweet criticized several news networks’ failures regarding the Epstein story. 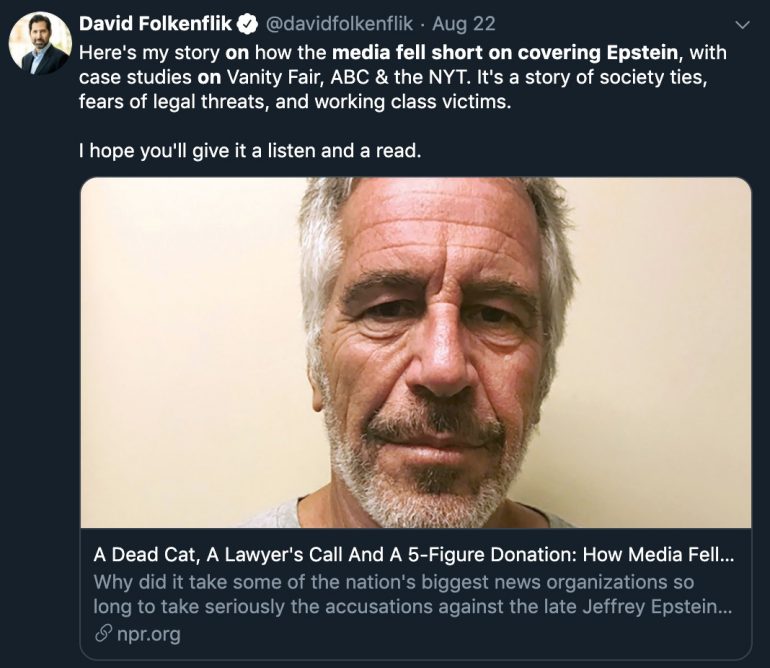 Robach’s exclusive interview with the woman who spilled Epstein’s secrets was never broadcast.

“Then I got a little concerned about WHY I couldn’t get on.”

Reports indicate ABC was pressured by Buckingham Palace and Alan Dershowitz. And the interview has STILL not aired.

Who are they protecting? It doesn’t seem like it’s the interests of the victims themselves.

As for the sketchy circumstances of his death? She has a strong opinion about that too… and gives one really compelling reason why his murder would not be so hard to explain.

Watch the seven-minute video and judge for yourself.

Oh, and by the way… isn’t it interesting that ABC found that the Epstein story wasn’t fit to be aired, but the Kavanaugh accusations were covered non-stop?

Sooo… ABC didn't find the Epstein witness/accusers story met their "standards to air," but the Kavanaugh accuser story did… got it.

Don’t forget that ABC News covered Nick Sandmann and the other students at Covington Catholic on that fateful day.

In addition to these statements not actually being responsive to what the initial hot mic claims were, mostly what this shows is that ABC News has indefensibly different standards for, e.g., Kavanaugh allegations or Covington boys then it does Clinton-connected pedophiles. https://t.co/grLZmo7iID

Here are the statements from ABC News and Amy Robach: 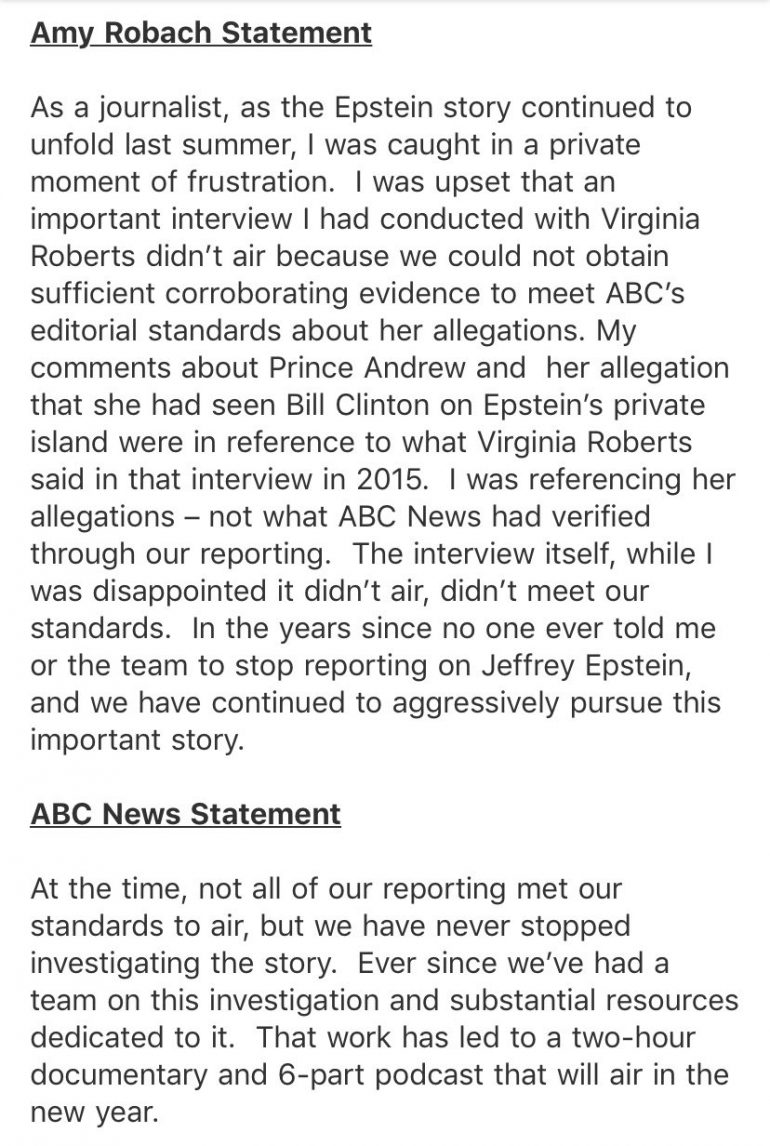