Nadler may have authority in the kangaroo impeachment court, but he has no respect.

He and his party are doing precisely what that Man For All Seasons quote was warning against.

As a reminder, Jonathan Turley’s opening statement to the House Judiciary Committee included the quote:

The Democrats are running roughshod over every rule and norm that has given form and structure to due process, and protection to the legitimate rights of the minority party, ignoring any constraints that don’t suit them, and charging headlong to a result we ALL knew was coming long before the first witness was ever called up.

They want Trump’s scalp nailed above their mantelpiece so badly they can hardly bear the wait.

In the process, Nadler shows just how powerless a man in authority can be when everyone knows the rules don’t matter a damn.

You won’t enforce the rules of order? Then to hell with decorum and decency. We will say what needs saying whether you like it or not… and those outbursts will be in the transcripts for all future students of history to study our generation’s version of unconstitutional McCarthyism.

This photo of Rep. Collins says it all. 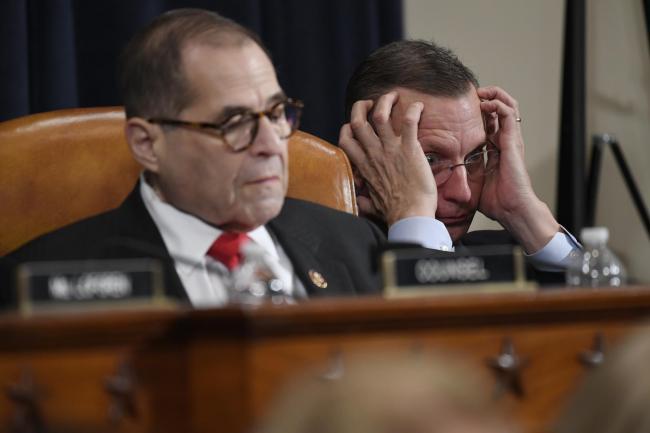 We are all Doug Collins at this point.

Watching Rep. Nadler bang on that gavel over and over — but only to censure one side –makes one almost sympathetic to MSNBC’s Larry O’Donnell when he had that ‘Stop the Hammering!’ tantrum.

The struggle is real.