Xi hates it when people compare him to Winnie the Pooh. Pooh bear is banned in China. 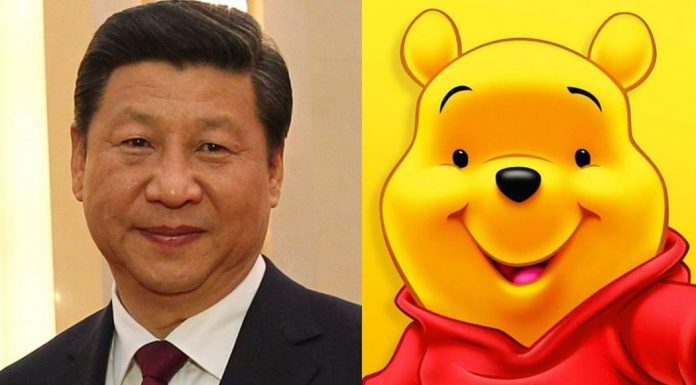 Here is how the bill is described on the Congressional website:

Executive agencies shall not procure goods or services from foreign persons who in the last three years substantially facilitated or knowingly assisted such mass detention. When procuring goods or services from U.S. persons, executive agencies shall provide adverse consideration to awarding contracts to those involved with such mass detention, and assess the availability of other sources. The President may waive these restrictions for national security or national interest purposes.

The Department of Commerce shall deny applications to export to China various technologies, including those related to artificial intelligence or biometrics, unless the applicant certifies that the technology will not be knowingly used to facilitate the mass detention of Turkic Muslims.

The Department of State shall ensure that certain U.S. diplomatic facilities in China can provide services in the Uyghur language. The State Department shall establish a website for reporting harassment or surveillance of persons in the United States by Chinese representatives or agents, and procedures for sharing such reports with law enforcement agencies.

This bill directs various agencies to report on specified topics, including China’s development of technologies related to mass detection and surveillance.

China, not surprisingly, isn’t happy about it.

“It is regrettable that U.S. Congress has not only turned a blind eye to Xinjiang’s efforts to combat terrorism and protect human rights in accordance with laws and regulations, but also to Xinjiang’s current economic development, social stability, national unity and religious harmony,” the commission said.

Former detainees and their family members have told The Associated Press that they were arbitrarily held in heavily secured, prison-like camps where they were pressured to renounce their faith and express gratitude to the ruling Communist Party. A recent leak of classified Chinese government documents revealed a blueprint for rewiring the thoughts of ethnic minorities who had not committed any crimes.

Beijing says the measures are necessary to combat terrorism and eradicate religious extremism, calling the facilities “vocational training centers” for those who lack employable skills.

China has repeatedly criticized the U.S. for interfering in its affairs, most recently accusing Washington of being a “black hand” that has orchestrated riots in Hong Kong.
Source: AP

THANKSGIVING: Let’s Be Grateful For Our Religious Freedom While China Demolishes Churches

If they hate us all so very much, would they really object if we started shifting our business and manufacturing dealings to, say, India instead of China? At least India doesn’t have any known interests in world domination.

With their Western Democracy and Billion people, they might also make a nice regional counterweight to China if they started to look beyond their own borders.

When Trump was running, he was roundly mocked for talking so much about China in his foreign policy promises.

But now, EVERYONE is talking about China.

REPORT: YouTube Star PewDiePie Says He Is Now BANNED In China For Laughing At Winnie The Pooh MEMES