Was his little giggle with the other mean girls worth the public humiliation he got in return?

Just a few days ago, Trudeau got caught on a hot mic saying things about Trump behind his back that he doesn’t have the testicular fortitude to say to his face. Like a gutless chump.

Trump publicly called him out as two-faced. Which is an unpleasant reminder of the LAST time we were all mocking Trudeau: 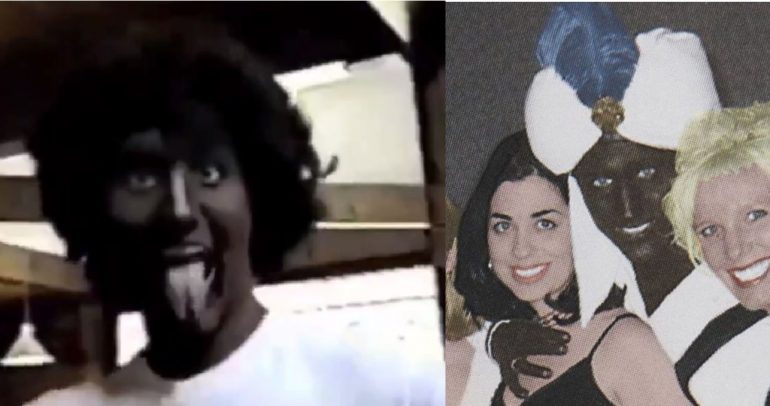 For getting busted wearing blackface on more than one occasion.

Later that same week, the jobs numbers came out, and it was the Trump family’s turn to laugh.

Why? Well, the latest AMERICAN jobs numbers blew right past even the most optimistic of predictions.

Trump, was his usual shy and reserved self when sharing the good news:

His son made sure that the rest of the world saw the same thing we had reported here at ClashDaily yesterday… that the American economy is on fire while Canada’s is a dumpster fire.

For perspective the US is about 10X the population of Canada so this would be the equivalent of America shedding 700,000 jobs. Yikes!

Maybe Justin should watch @realDonaldTrump & learn how to create jobs… or go back to being a substitute drama teacher.

How well has Kicking the crap out of your oil industry been working out for you up there, Prime Minister Blackface?

While you dopes double down on socialism, Trump will keep running with the policies that were proven to work under previous presidents, and continue to work today. You and your buddy Obama might be scratching your heads about what kind of magic wand we have that seems to be working.

All we can say to that is something Obama himself once said, “elections have consequences”.

Time for a little gloating, isn’t it?

Are you all tired of winning yet?

What about 2020? Could a moral person pull a lever for Trump with their integrity intact? Would Jesus himself vote for Trump? We’re glad you asked. There’s a brand new book that covers precisely that question:

The Fruit Of Your Children When Following The Lord… (Videos)
May 6th, 2021 Sons of Liberty Media

Cheerleader wants to be able to curse.. Going to supreme court
May 6th, 2021 The Joe Messina Show