She really should ask for a refund for that economics degree of hers. It didn’t do anything for her.

Remember that wonderful gift AOC gave her constituents? The one where she demanded that Amazon did NOT build a business hub in her district?

She was really proud of having ‘stuck it to the man’ wasn’t she? Because she somehow ‘saved’ New York from all that extra revenue that such a business and all those jobs would have brought in.

New York can just use the money they would have discounted on that new tax revenue for new services?

This is the sort of thinking that makes people think she’s an airhead. Does she wonder where the missing hour of Daylight Savings goes, too?

Here she is posing for a photo and acting smug on the internet: 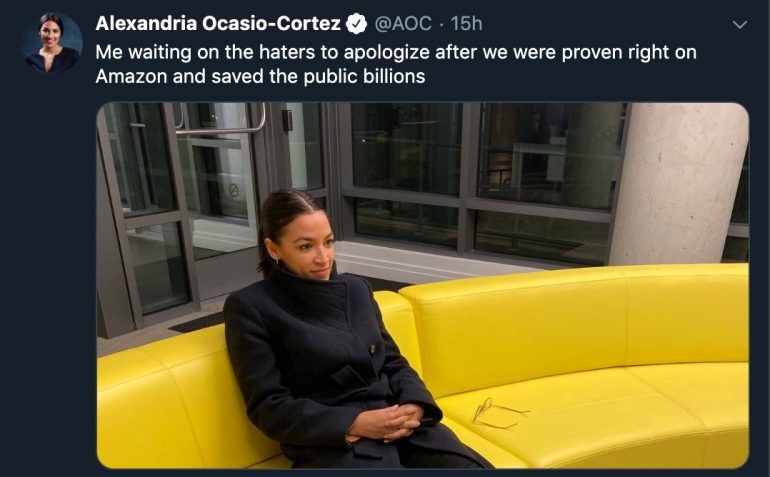 And here’s the rationale behind her victory lap:

It didn’t go so well.

Congratulations on only killing 23,500 jobs instead of 25,000? pic.twitter.com/aeRr9fKpLd

You realize you still cost your own district tens of thousands of jobs, right? And since Amazon isn’t building you also cost the city billions in revenue …

This is such an odd and sad victory lap. lol

AOC walked her protests back, deflected saying she doesn't even rep that area, and now is trying to take credit for them coming back

Luckily after slipping on the banana peel she pulled off a perfect backflip https://t.co/WljQqNIOFv

It's true that this is an imperfect comparison, but the actual point of my joke was "even as a child, AOC claimed victory when she in fact did not win." https://t.co/Od6SX2bKf6

Hold up — even the dunking got a fact-checking. 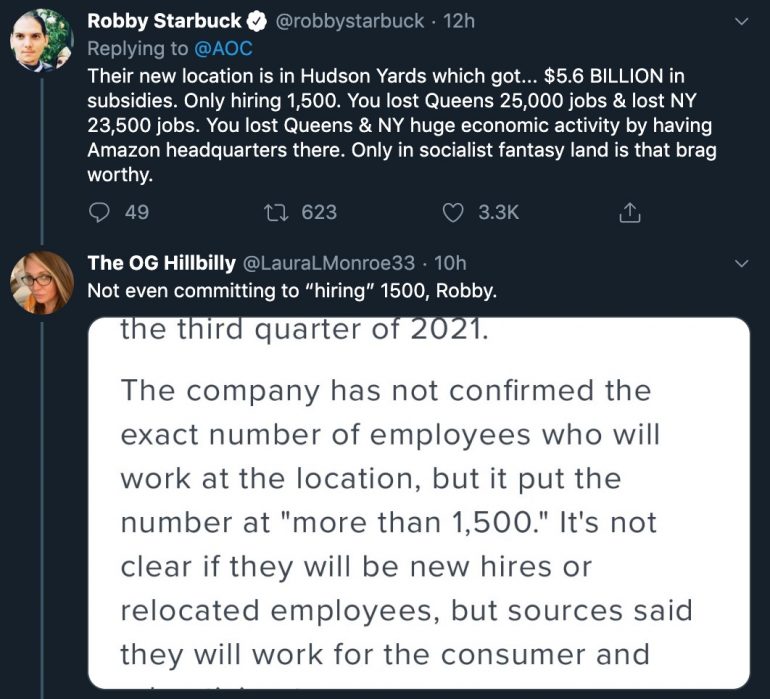 They may not even be new hires.

Great job AOC! What would your district do without you?

Take a bow, truly you are New York’s economic answer to Justin Trudeau.

Doesn’t pair well with ignorance or incompetence, though.

The primaries in your district will be interesting to watch, now that the public knows who you really are.