Looks like that stripper baby-mama is getting a piece of that Burisma dough after all.

It’s been a wild ride for the Biden family these last few months.

Joe announced his presidential run. Not long afterward, a phone call between Trump and President Zelenskyy kicked off an impeachment circus.

Right smack in the middle of that phone call was Trump asking a very specific question about corruption — was there any corrupt motive in Biden forcing the firing of a Ukrainian prosecutor?

The Dems love that question because it lets them push a bogus narrative about Trump trying to knee-cap a 2020 opponent… while they themselves try to kneecap Trump with an unjustified impeachment process. (Irony noted.)

Biden isn’t liking it quite as much, since it’s unleashed a torrent of corruption charges, including the damning testimony brought forward by the Trump defense team on Monday.

Next, Hunter Biden lost a paternity suit where he claimed not to have fathered a stripper’s child. He’s been refusing to support the kid, while crying ‘poor’.

That’s a pretty bold lie, considering he lives in Beverly Hills, drives a Porsche, and has been discovered hiding out with his wife at the Waldorf. 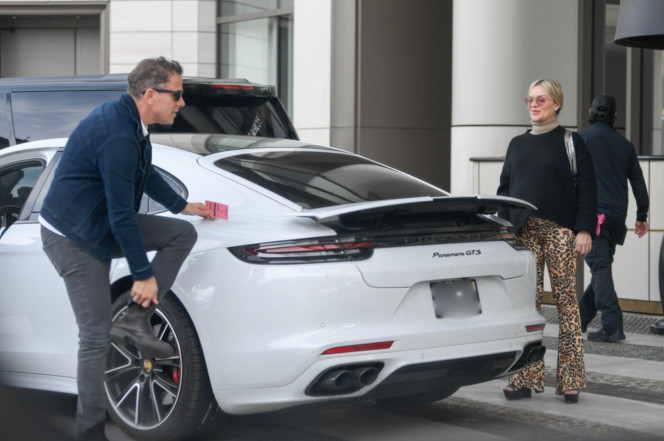 But a judge finally got tired of his stalling tactics, and ordered him to produce his financials, or else face contempt of court.

Suddenly, the prodigal son isn’t quite so insolvent has he had claimed to be.

The 49-year-old son of Joe Biden was set to appear in an Arkansas court this coming Wednesday to explain to a judge why he wasn’t handing over financial documents in the case.

But Hunter reached a last-minute temporary settlement out of court with ex-lover Lunden Alexis Roberts, with whom he has a 1-year-old child, according to papers filed in Independence County Circuit Court Monday.

He agreed to begin shelling out monthly child-support payments as well as payments retroactive to Nov. 1, 2018, to Roberts, the papers show. The agreed-upon amount was not disclosed.

Court officials told The Post that the planned Wednesday hearing was canceled, given the deal. But Hunter still has to submit the required financial records to the court by March 1, after which a final child-support figure will be set, the court documents show.
Source: Page 6