Why is Chappelle such a top-tier comic? Partly because he’s amazingly gifted, and partly because of that DGAF attitude of his.

Just like Ricky Gervais torched Hollywood, and didn’t regret a damned thing (see below) Chappelle has the balls to say what he thinks and stand by it.

You don’t have to AGREE… that’s the point. You don’t go to a comic to have him repeat all the things you already agree with — not if you really want to laugh.

A truly skilled comic can (and will) take you out of your comfort zone and have you laughing DESPITE yourself.

Stand Up Comedy is as Chappelle states here, a distinctly American art form… born directly out of American ideals of Free Speech.

But unlike the hyper-parisan crowds who get riled up and start fighting over every little slight, comics handle their differences a little differently.

"The First Amendment is first for a reason. The Second Amendment is just in case the first one doesn't work out." pic.twitter.com/CvFWpK0LgB

They hold very different ideas — diametrically opposed ones, sometimes — and they kick back over a beer and hash out their ideas.

Wow. What a novel freaking concept.

(The comment he snuck in there about the first AND second amendment is gold, by the way, and it’ll piss off all the right people.)

But he had Ricky Gervais ‘get’ the role of comedy in culture. It’s pretty unlikely either one of them would agree with too much about what we have to say on this site about politics, faith, culture (and Gervais in particular… Hunting. We’ve crossed paths over that issue before.)

But that doesn’t magically discredit what they are saying here. An idea is good or bad on its own merits, no matter who says it.

Even the chicks on the View won’t strike out EVERY time. They’ve just trained themselves to chase the wrong kind of ideas… and buy into some bad generalizations.

Here are a few pretty important things Gervais had to say since blowing up the Golden Globes. They dovetail nicely with Chappelle’s words here.

If you somehow missed him torching the Golden Globes, you really did miss out on some hilarious stuff. You can check that out here: WATCH: Ricky Gervais Opened The Golden Globes With SAVAGE Speech Mocking Hollywood Elites

This one is laugh-out-loud funny, and a lot of us will agree wholeheartedly:

The reason so many of us respect what Gervais was saying, is the same reason the left freaked out so badly. He was willing to torch his own ‘tribe’. 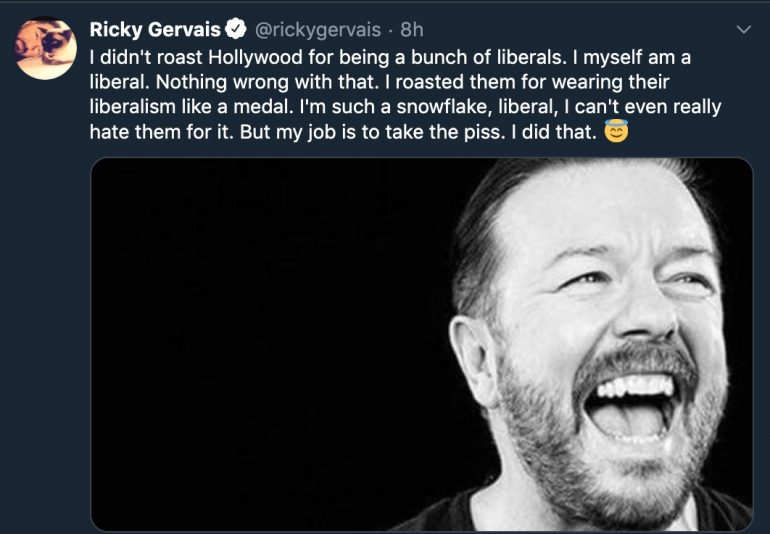 And that was pretty much the point.

Here he is explaining what he was up to: 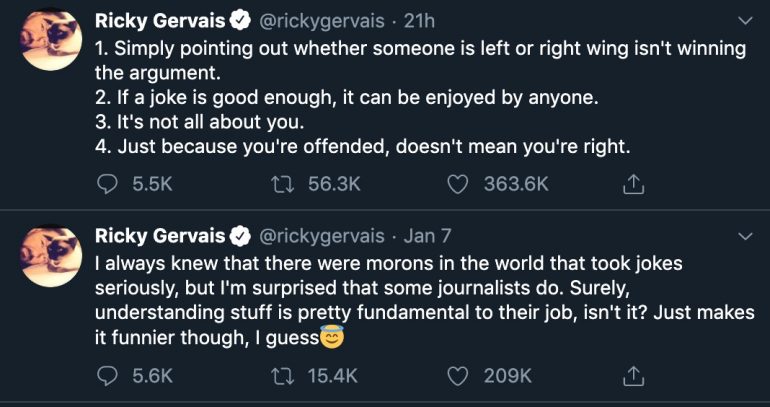 There may not be a lot we agree about with some of these comics, but let’s raise a glass to those magnificent bastards just the same.

They’re playing the part to push back the Pussification of America by pushing back against the gatekeepers of ‘acceptable’ speech.

It’s a big job, and we can use all the help we can get.

Fighting With Gervais About Hunting…

Just for fun, we’ll round it off with a pretty chick pissing off feminists… because we can. And that was EXACTLY the point Chappelle was trying to make in the video we shared.

Every Craven COVID Pastor Needs To Hear This Podcast

A Politically Correct Church Is A Worthless Church

Is Your Church Following Christ Or Culture? – Part 2