Of course, the retraction won’t matter. The damage is already done. The View was repeating the ‘Putin’s Puppet’ line, as were supposed ‘news’ outlets.

This is the game they play. Yet another manufactured anti-Trump scandal just blew up in their faces.

This time it’s the claim that Trump is Putin’s preferred candidate and will be doing what he can to help Trump win in 2020.

Truth doesn’t matter. Political gain, helping your team and hurting theirs is what matters. They’ve been playing this game for years.

The only part they can’t understand is why it isn’t working as well as it used to. Normally, a super-heated report like this one…

Gonna be a tough 4 years for unhinged lunatics like this

… would be enough to make a Republican cry ‘uncle’ and desperately swerve to the Left to ‘prove’ how he isn’t ‘that’ kind of a Republican.

Trump isn’t playing their little game, and his supporters no longer buy the lie.

The fake news media types have been exposed as the duplicitous hacks that we have long suspected they were. And now they’ve been caught red-handed — again and again and again.

They run with unvetted anti-Trump reports, eat up Schiff’s outrageously dishonest leaks, but call people like Nunes ‘conspiracy theorists’. And time after time after time, the media are shown to have been on the wrong side of the story… for exactly one reason: 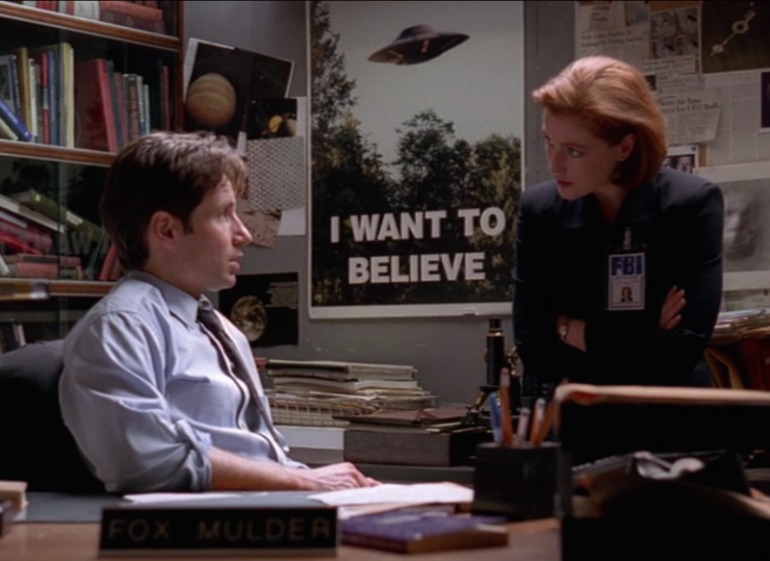 Like it says on Mulder’s poster… they WANT to believe.

Contrary to numerous recent media reports, there is no evidence to suggest that Russia is making a specific “play” to boost President Trump’s reelection bid, a U.S. intelligence official told Fox News on Sunday.

In addition, top U.S. election official Shelby Pierson, who briefed Congress on Russian election interference efforts, may have overstated intelligence regarding the issue when speaking to the House Intelligence Committee earlier this month, the source added.

The Wall Street Journal reported last week, citing people familiar with her work, that Pierson “has a reputation for being injudicious with her words and not appreciating the delicate work of corralling federal agencies, technology firms and state election officials to collaborate on election security.”

U.S. intelligence officials have publicly testified only that the Russians have been using “information warfare” ahead of the election. Fox News is told Democrats pressed Pierson on whether Russia was trying to help Trump, and accurate context or perspective to her responses failed to emerge.

What story did the media want us to believe?

Following Sanders’ big win in the Nevada caucuses on Sunday, pundit James Carville declared on MSNBC that Russian President Vladimir Putin was the real winner in the race — a claim that drew mockery online, even as it remained a dominant theme among establishment pundits.

For example, Dan Pfeiffer, a onetime adviser to former President Obama, went so far as to say Sunday that Russians wanted Sanders to win in order to “give Trump the opponent that Trump wants” in November.

And, CNN national security analyst Asha Rangappa, who briefly served in the FBI before becoming a university admissions officer, asserted that “Russia loves Bernie” because “He, like Trump, plays the ‘us vs. them’ game, and the ‘them’ is anyone who doesn’t support him, personally. It’s destructive, divisive, and encourages disillusionment in our institutions. Sound familiar?” —FoxNews

Of course, in reality, there are a lot more forces out there besides Russia that would love to mess with our elections. Rival nation-states, non-state actors, hacktivists and even some domestic players each have their own reasons for wanting to tilt the outcome, or even just throw the whole thing into confusion.