What happens to Greta’s climate grifting if the data points don’t match her claims?

We’ve heard the Swedish teen climate activist’s “How Dare You?” speech at the United Nations Climate Action Summit last year where she accuses those who refuse to turn the dial back on our technology all the way to the Stone Age as heartless beats who have stolen her dreams and her childhood.

She was a bit more sedate this year, instead citing the many people that are dying due to the “climate crisis” and pending “climate catastrophe.”

Watch as she makes her case:

But data that has been released by the Cato Institute puts the brake on the 17-year old’s claims.

Climate hysterics like Greta continue to claim that there is technology available that can end the climate catastrophe, but we refuse to use it. Really? What technology would that be? Solar panels? Windmills? They can’t mean nuclear, many of those sounding the alarm on climate alarmism also are not fans of clean nuclear power.

But it would seem that the concern over rising CO2 emissions resulting from increased use of fossil fuels isn’t causing mass deaths worldwide. In fact, it’s quite the opposite. 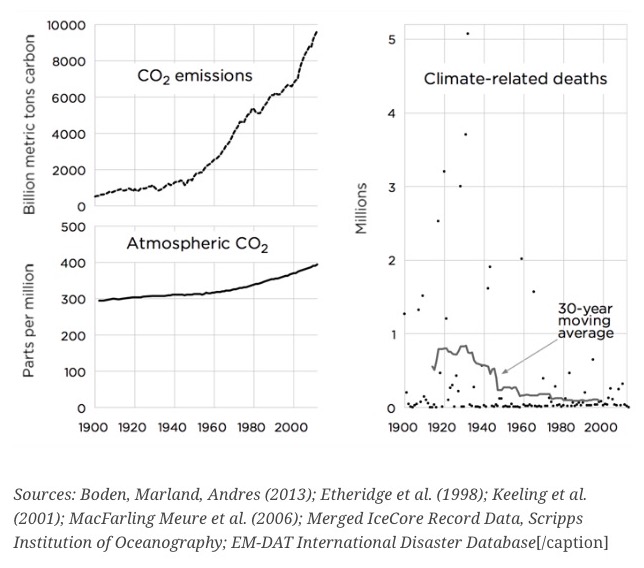 Here are a couple of striking numbers from the data: in the decade from 2004 to 2013, worldwide climate-related deaths (including droughts, floods, extreme temperatures, wildfires, and storms) plummeted to a level 88.6 percent below that of the peak decade, 1930 to 1939.2 The year 2013, with 29,404 reported deaths, had 99.4 percent fewer climate-related deaths than the historic record year of 1932, which had 5,073,283 reported deaths for the same category.3

That reduction occurred despite more complete reporting, an incentive to declare greater damage to gain more aid, and a massively growing population, particularly in vulnerable places like coastal areas, in recent times.

The climate catastrophists don’t want you to know this because it reveals how fundamentally flawed their viewpoint is. They treat the global climate system as a stable and safe place we make volatile and dangerous. In fact, the global climate system is naturally volatile and dangerous—we make it livable through development and technology—development and technology powered by the only form of cheap, reliable, scalable reliable energy that can make climate livable for 7 billion people.

Of course, this information is from 2014…

Hold on, there Greta! There’s more…

By the end of 2018, the number of deaths globally that were a result of climate change dropped even further to just 5,000 which is a 99.9% reduction.

The Cato Institute article also states that if there was an ideal global temperature, it would be higher than the one that is pushed by climate activists. The best response to deal with climate change is to just adapt. Besides that, however, it is to use fossil fuels because “the power of fossil-fueled machines to build a durable civilization highly resilient to extreme heat, extreme cold, floods, storms, and so on.”

This is good news since it looks like we might be headed for a “mini ice age” due to solar “hibernation.”

Now that’s one heck of an Inconvenient Truth! 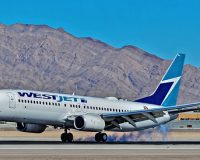