The foolish Media STILL devoutly believes the threat of tyranny will be coming at them from the political RIGHT. They simply have NOT been paying attention.

We have a First Amendment — one that campus crusaders, political hacks, and media flunkies are doing their damndest to chip away at. But for now, anyway, we still have it.

Other countries aren’t so fortunate.

Even our ‘woke’ neighbors to the North are quietly sliding into tyranny and they don’t even notice it happening.

It’s bad enough that they have a state-sponsored news network that just HAPPENS to gove favorable reporting to the politicians who want to shovel more money their way… and savaging their conservative opponents at every available opportunity. All on the taxpayer dime, of course.

And financial bailouts have been given over the years to ingratiate even the ‘independent’ for-profit news outlets. That’s dirty enough to provoke the specters of Pravda or Orwells’ 1984.

But now they’ve gone further. Independent journalists are expected to ‘register with the government’.

Now, Canadians can say they have these rights ON PAPER — for example, here’s a screen-cap of the relevant section of their Charter Of Rights And Freedoms: 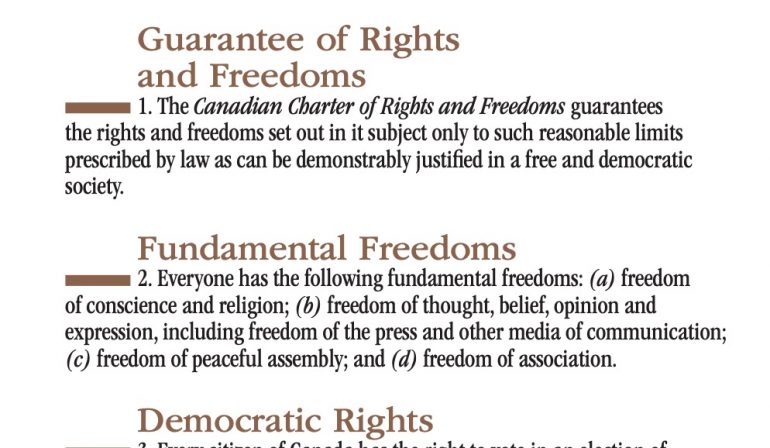 But those rights on paper are only as good as the people who run the courts and government SAY they are. Especially when they do not have the same long history of claiming they are essential rights of an individual that cannot and must not be infringed even when they are inconvenient for the government in power at any given time.

In the US, rights were designed as chains upon the Government’s ability to limit a citizen’s free exercise of freedoms. But in a Socialist-leaning country like Canada, primacy is given to the power of the State more than the primacy of the free citizen.

Trudeau cabinet minister: all news websites must now get a government licence. pic.twitter.com/x10AhtQAPb

This is the same government that recently lost a court case blocking a professional right-of-center journalist from covering Liberal campaign events.

The same government that brought in the head of the independent right-of-center ‘Rebel News’ agency (it began as TV-based, but later switched to being web-based after attempts to deep-six them) also turned the government agency ‘Elections Canada’ against them.

Trudeau has no fewer than five police investigating me for my book that criticized him.

He has unlimited police, prosecutors and money.