Obama had Joe the Plumber, now Biden has the student he called the ‘lying dog-faced pony soldier’. When you handle your critics badly, they can really bite you in the ass.

We’ve already covered the story that the friendly media described as a ‘joke’ … when an astute 21-year old student asked Joe a pointed question at his own rally about why the natural advantage he had of being able to campaign while senators were stuck in Impeachment Proceedings didn’t pay off into better success in Iowa.

That’s when Biden let fly with his weirdly opaque retirement-home insult that carried shades of Grandpa Simpson with it. 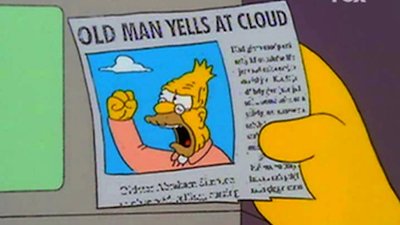 But the college student gets the last word on this one.

Fox News’ @GriffJenkins spoke to the 21-year-old voter Biden called “a dog-faced pony soldier,” Madison Moore, who had this to say:

"A lot of what he’s saying seems to be … very sad … I don’t think he has the momentum to carry this to a national election." pic.twitter.com/RXoofBterU

If Old Joe hadn’t brushed her off as a lightweight, maybe the public would never have known about her absolutely devastating assessment of his crumbling campaign.

The 21-year-old woman that Democrat presidential candidate Joe Biden insulted over the weekend as being a “lying dog-faced pony soldier” fired back at the 77-year-old, saying that his campaign does not have what it takes to win.

“A lot of what he’s saying seems to be very pathos-based and very sad and we’ve heard a lot about deaths and cancer and people losing their jobs and to me he doesn’t really seem very solution oriented,” Madison Moore told Fox News. “I don’t think he has the momentum to carry this to a national election.”

…The Post noted that Moore accused Biden of insulting her, writing, “in reality, it is totally irrelevant whether I’ve been to a caucus or not. Joe Biden has been performing incredibly poorly in this race. His inability to answer a simple question from a nobody college student like me only exacerbates that reality.” — Daily Wire

With a political campaign struggling like his, criticism like this is pretty close to a ‘kill shot’.

And down he goes.

Maybe he could have just answered the question without being a d-bag about it?