When the left shows you who they are — believe them.

Are you surprised to learn that she’s a “Democratic Socialist”?

A far-left Democrat councilwoman has used her government Twitter account to stand in “solidarity” with someone who expressed a desire to spread the coronavirus at Trump rallies.

Candi CdeBaca was elected to Denver’s city council in 2019. She’s a former community organizer and checks a whole bunch of identity boxes, which are apparently necessary for her street cred as a far-left “policy wonk.” Of course, she’s been compared to AOC, especially since she is young and ousted her opponent, Albus Brooks, a well-funded, two-term incumbent councilman.

Here she is in 2019 advocating for what sounds very much like communism which she will work hard to implement “by any means necessary”:

But CdeBaca doesn’t like the commie label despite the usual commie trope of Cuba-praising — she prefers anarchist as she said in an interview with the Colorado Independent.

Yes, that the way we understand communism is the problem. Even the way we understand anarchy — you could call me an anarchist. That would fit better than any other label. Anarchy is about us not needing that imposed structure from anyone, and just being cognizant and caring and compassionate enough to take care of ourselves and our communities and each other without anyone making it happen. It’d be like democratic socialism, except without anyone calling it that and imposing a structure. It’s more along the lines of a village model. When people call that a primitive style of governance, that’s offensive to me. The village model is probably the most effective model of taking care of communities. That’s what I’m all about: giving power to communities to take care of themselves and each other. 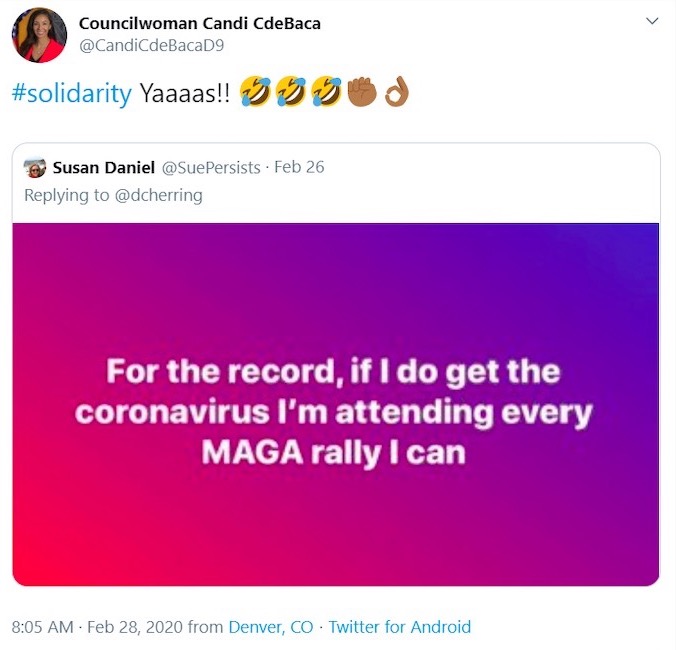 9 News confirms that this is her government Twitter account in a separate report about misleading and false statements made by CdeBaca on social media.

Sure, she’s probably joking, but it’s a pretty callous joke when the coronavirus has infected over 90,000 and more than 3,100 have died from it worldwide. Fear of the coronavirus has spread worldwide leading to mask shortages and empty shelves in stores as many are stocking up on supplies. The markets were taking a severe hit as concern for supply-line disruptions increased.

But, hey — at least she LOLed!

These people are awful.

Democrat Denver City Councilwoman Candi CdeBaca appears to say that she stands in with apparently using the coronavirus as a weapon against supporters of President Donald Trump. https://t.co/gxbHSD8cnR pic.twitter.com/F9WMdyvMcP 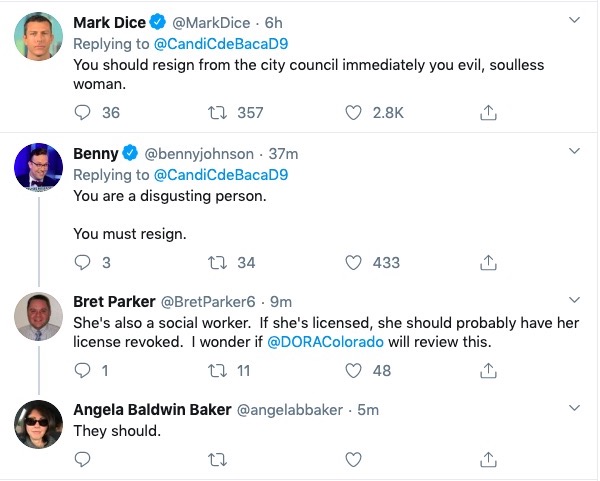 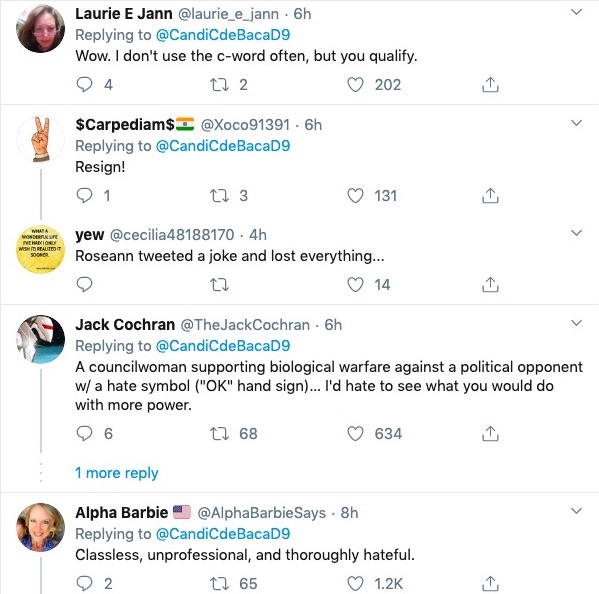 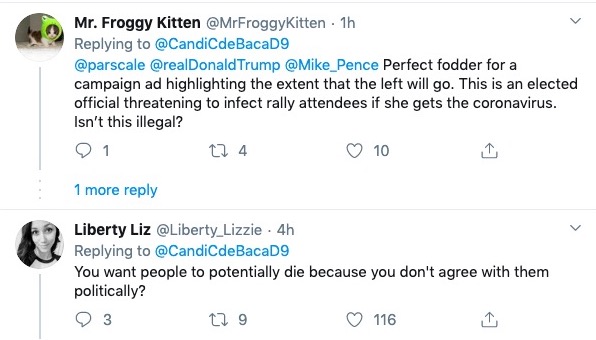 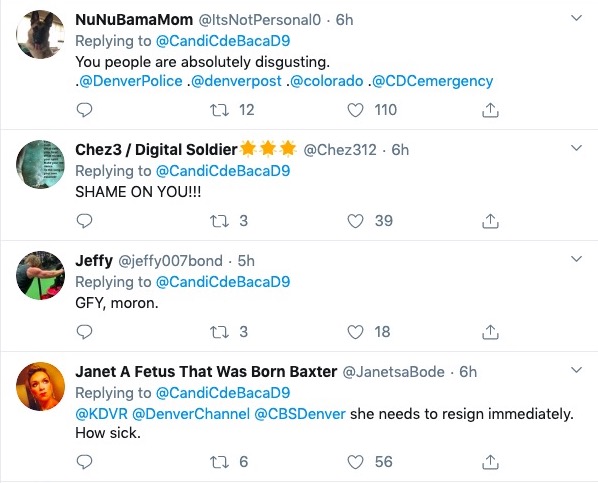 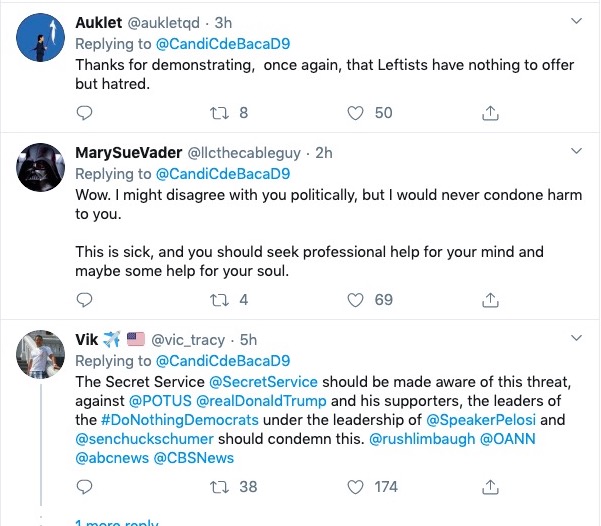 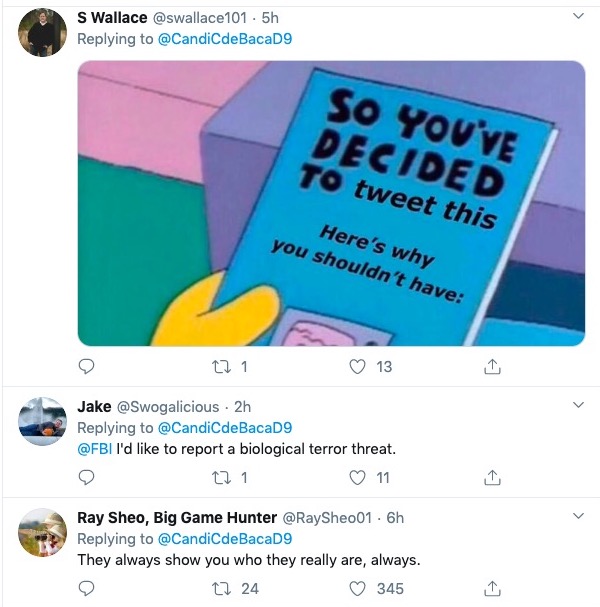 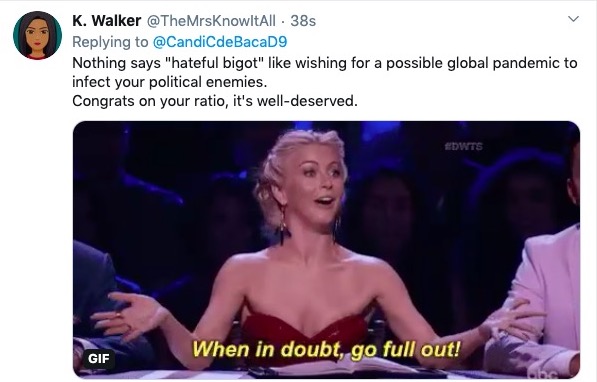 The tweet is still up, but it’s unlikely to stay that way with the overwhelmingly negative response. As of this writing, there were just over 100 likes, but well over 2.5K replies to the tweet almost all of which were negative.