What we have here is MSNBC’s Brian Williams talking to Mara Gay of The New York Times editorial board about a tweet written by Mekita Rivas who has bylines in The Washington Post, Refinery 29, and Glamour. Rivas wrote that former mayor of New York, Mike Bloomberg, spent $500 million on ads in his presidential run and this was enough to give $1 million to each of the 327 million Americans… and she was serious.

The tweet in question has been deleted, but it has changed the conversation, and not in any intelligent way.

There was a truly unbelievable moment of reportage where Brian Williams says that the tweet was “an incredible way of putting it” and Gay says “it’s true, it’s disturbing” then trots out the tired old comment that there’s just “too much money in politics.”

See if you can spot the math error. ?‍♂️ pic.twitter.com/V3b7pRqYUe 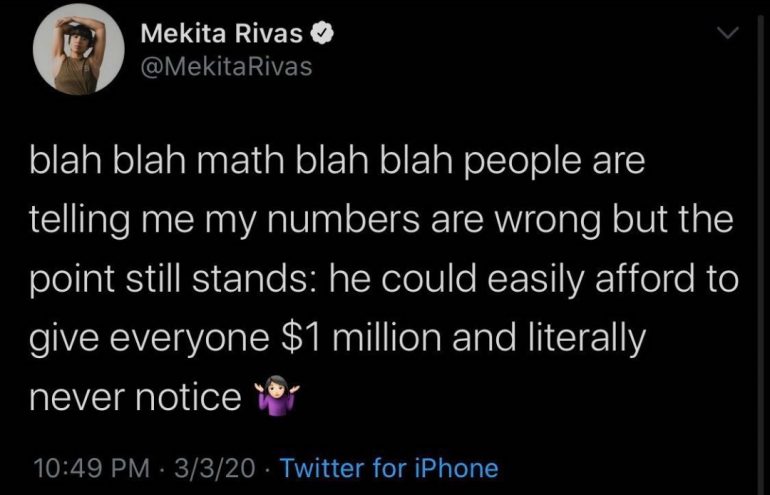 But then, she locked her Twitter account and changed her profile to read, “I know I’m bad at math.”

Maybe this is why no one cares about the $1 trillion deficit. Because math is irrelevant.

@MekitaRivas You think Mike Bloomberg has $328 TRILLION dollars to spend and wouldn’t feel it if he spent that?

He has a net worth of $60 BILLION. If he divided that between every American, he’d be completely destitute just so people can have an extra $182.93. pic.twitter.com/z5Z93vbDO2

But now it’s not just Mekita Rivas, this is also on Brian Williams and Mara Gay. 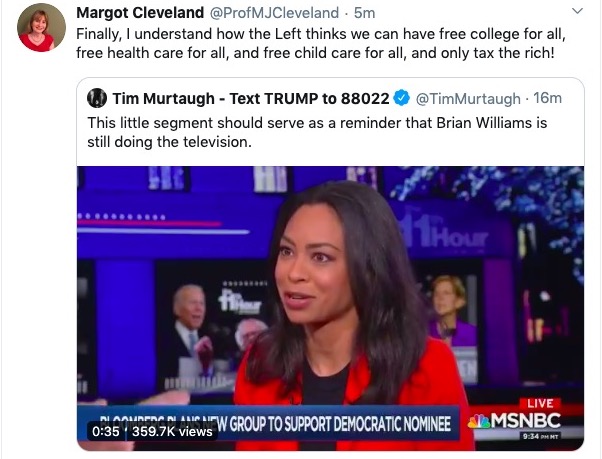 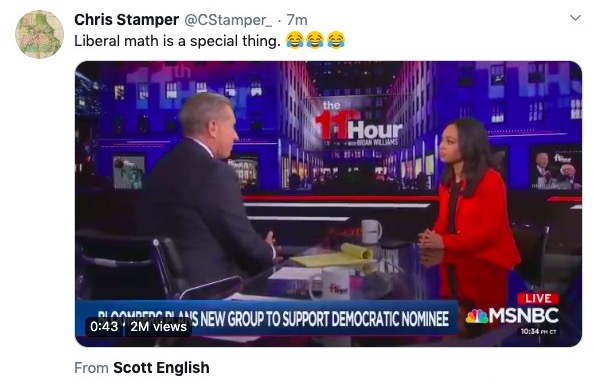 This is why socialism has failed every time it has been implemented. People with fairy-tale magic math belief who think rich people are in infinite pool of cash are put in power and in charge of the entire economy 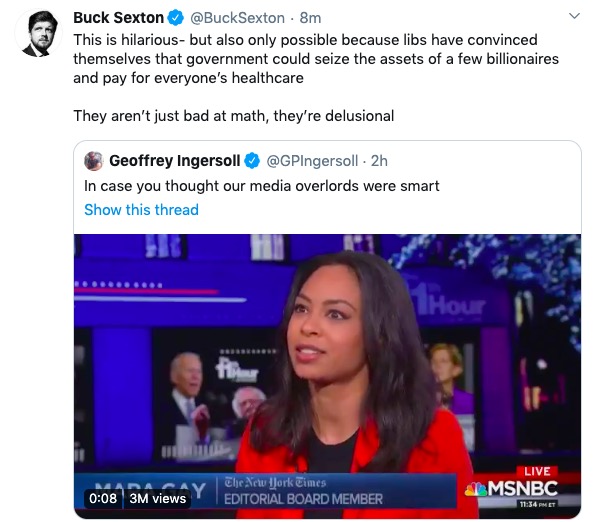 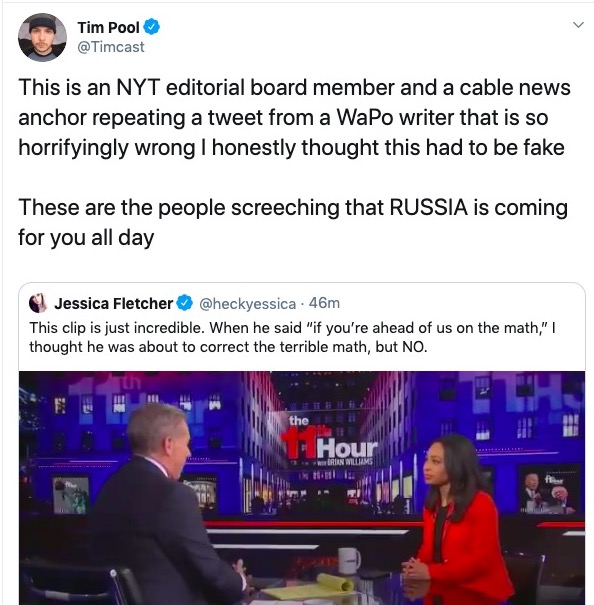 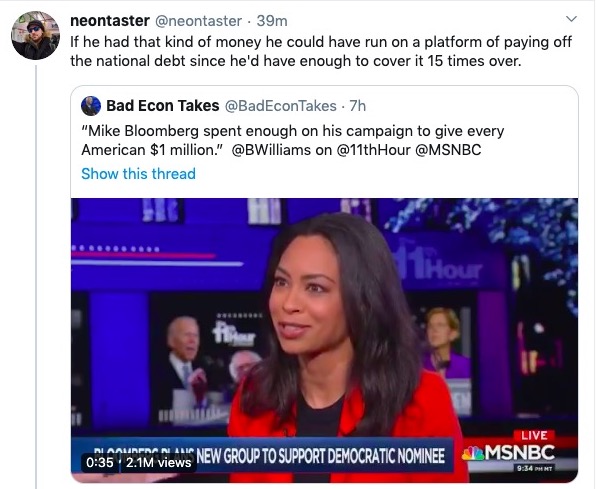 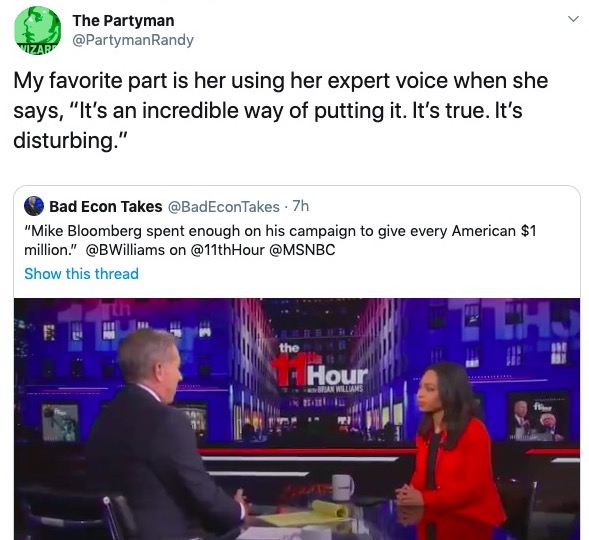 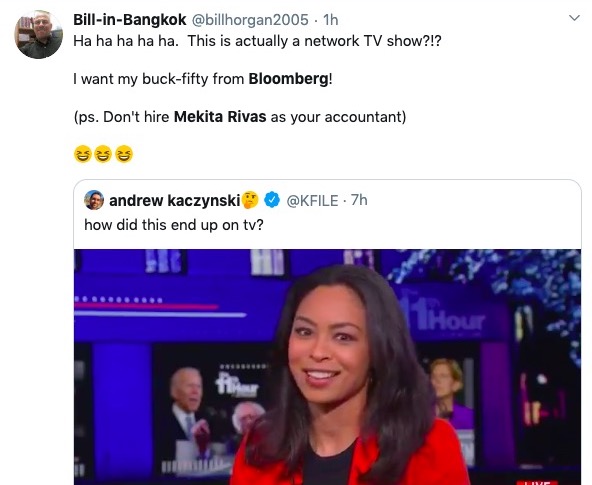 These journalists that can’t do basic math think that they’re your moral and intellectual superiors.

Mara Gay has realized her mistake and in an unexpected move has acknowledged it.

Kudos to Gay for making the admission.