Iran has been taking a real beating with Coronovirus… crap like this could explain why.

While Western press cries in faux outrage that experts might dare to seek divine wisdom and inspiration as they look to dig into the science and public policy responses to this new viral threat, Iran is facing much bigger problems.

After China, it’s facing more lethal cases than any other country.

It looks like Allah has a different plan for regime change in Iran:

Deputy leader of Iran's parliament says 23 members of parliament have been infected with coronavirus.

2 have already died, including the top advisor to the Supreme Leader Khamenei.

Iran has the highest reported number of deaths from the coronavirus outside China, raising questions about how the government is handling the public health crisis and whether the often secretive regime has been fully transparent about the extent of the outbreak.

Iran’s health ministry spokesman said on Friday that 34 Iranians have died out of a total of 388 positive cases. Iran has now suspended parliament indefinitely due to the outbreak.

Four doctors in Iran who are familiar with how authorities are handling the outbreak, including two who work at hospitals where infected patients have been treated, told an NBC News reporter in New York that the total number of those infected is likely substantially higher than the number released by health authorities.

Unlike what happens in most countries, this one is even hitting close to home for the ruling elites.

A member of a council advising Iran’s supreme leader has died after falling sick from coronavirus. He has become the first top official to succumb to the disease which is affecting members of the Islamic Republic’s leadership, which has the highest death toll in the world outside China. Expediency Council member Seyyed Mohammad Mirmohammadi died aged 71 at a hospital in Tehran, according to state radio. As well as acting as advisers, the council also settles disputes between Supreme Leader Ayatollah Ali Khamenei and parliament. — Metro

The left assures us that all cultures are equal. But are they right?

After all, how many other cultures — in the midst of a viral scare like this one — would you see doing this?

Shocking footage has emerged of Iranians tempting fate by licking the doors and a burial mound at the Fatima Masumeh Shrine in Qom, the epicenter of the Islamic Republic’s COVID-19 outbreak.

Journalist Masih Alinejad shared video of the disturbing practice, noting that officials have refused to shut down the religious shrines — while the death toll in the country stands at 66, with more than 1,500 infected.

“These pro-regime people are licking the shrines & encouraging people to visit them,” he said in a tweet. “Iran’s authorities are endangering lives of Iranians & the world.” — NYPost 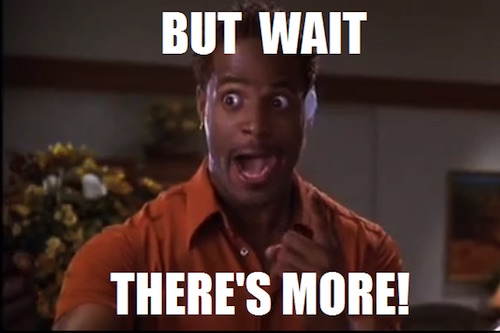 I’m not really sure which of these two ‘solutions’ is more disturbing.

Ayatollahs’ solutions to the Coronavirus (and all other viruses):

1- Dip a cotton in oil and place it inside the anus before you sleep.

2- Take a bottle of water to a cleric and have him spit inside it for blessings before drinking.