While others talk about the moral high road, the First Lady actually TOOK it.

One frequent CNN guest was calling for Melania Trump to contract the disease that has been killing many people around the world.

(This writer would have put up a direct screenshot of the tweet itself, but the thin-skinned miscreant blocked me after calling him the ‘Intellectual heir of Walter Duranty’. Instead, this is a screenshot of a reprinting of his statement.) 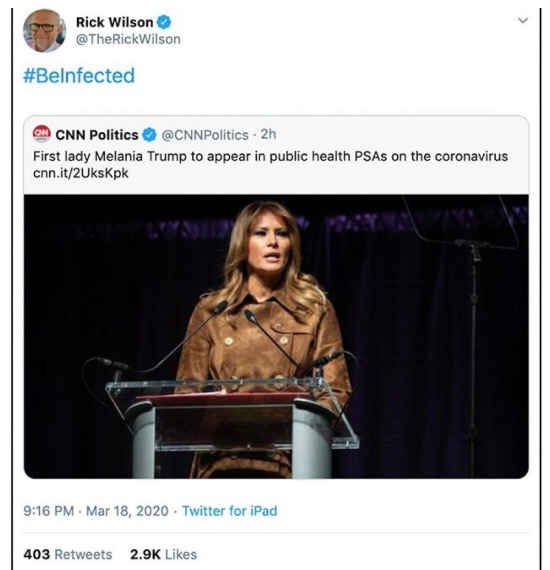 Some people would respond to the cesspool of hate being flung at the First Family by returning hatred for hatred or at least putting on a cynical, hardened distance.

But Melania is better than that.

Here she is calling her fellow Americans to be encouraged by the hope that life will again return to normal, and as we go through this together, that we balance being safe and keeping social distance with being connected and supportive of one another.

It’s only a minute long. But it strikes exactly the right tone for the occasion.