What’s that old expression about politics and the scandal of not being caught in bed with a dead woman or a live man?

Things may have changed some between then and 2020, but they haven’t changed THAT much!

It was an embarrassing and devastating blow to Gillum, a long-serving former city commissioner and mayor who still harbored ambitions of becoming governor one day.

A Miami Beach Police Department report says officers were called to a West Avenue hotel around 1 a.m. and found Gillum there with two other men, one of whom was being treated for a possible drug overdose. Gillum was too inebriated to speak with officers, though he was later reported in stable condition and with normal vital signs.

Police found plastic baggies of suspected crystal meth on the bed and floor of the hotel room, the report says. But Gillum, in a prepared statement issued shortly after news broke, denied using the drug and offered an apology.

“I was in Miami last night for a wedding celebration when first responders were called to assist one of my friends,” Gillum said in the written release. “While I had too much to drink, I want to be clear that I have never used methamphetamines. I apologize to the people of Florida for the distraction this has caused our movement.” — USAToday

Aldo Mejias, who had rented the room, told police he arrived at the hotel Thursday shortly before midnight to find Gillum and Dyson “under the influence of an unknown substance,” according to the police report.

Mejias saw Gillum throwing up. Dyson was having difficulty breathing and also began vomiting, prompting Mejias to call for help.

Police said Gillum was unable to speak to them because of his “inebriated state,” according to the report. Gillum eventually left the hotel and returned to his residence.
Source: Politico

Here are copies of the Miami Police report: 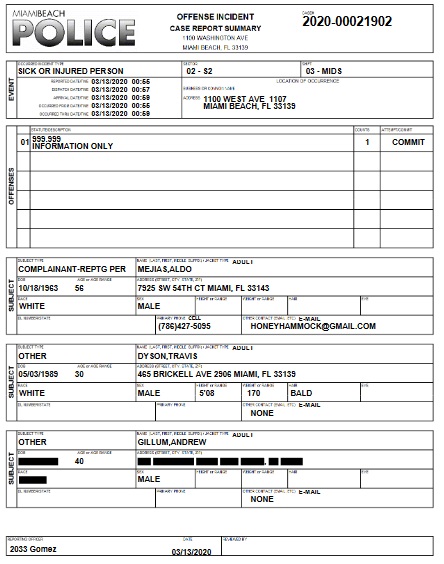 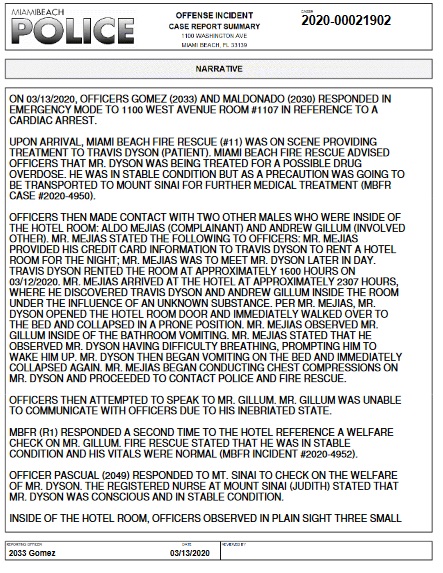 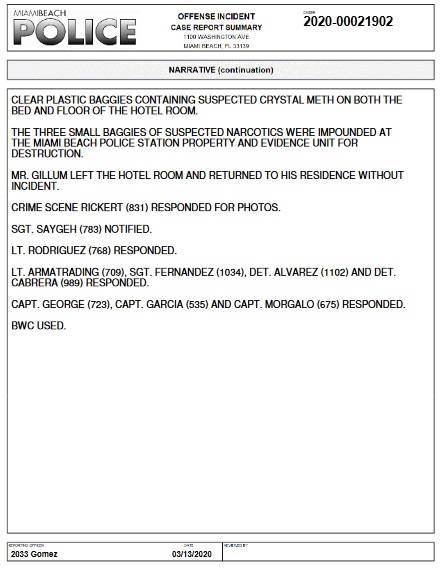 Was there more to this story? Well, according to the person who first broke it… yeah. Quite a lot more:

Thanks, @USATODAY for crediting me for breaking this story.
Extraordinary that a @CNN contributor & Democrat politician was in a drug-fueled party w/ naked men.
Gillum’s “friend” has since privatized his Instagram. It‘s littered w/ pics of him in a thonghttps://t.co/HWInTVS39D

This is the alleged friend that @AndrewGillum claims he was “helping” after a wedding.

He is an openly gay man, whose public profile has very few photos of him clothed.

His sexuality is only relevant bc as I said earlier—police suspected they had disrupted a drug/sex party. pic.twitter.com/CRKAk1AiQ5

Nah that’s not what happened. He was with a male escort and a 3rd man found them under the influence "of unknown substances" with the male escort overdosed. The male escort was interviewed and said he knows nothing about a wedding. pic.twitter.com/5aSO1rLrU7

The would-be Dem Governor of Florida got hammered for it. Gillum and Florida Congressman Matt Gaetz had a bit of a Twitter dispute… 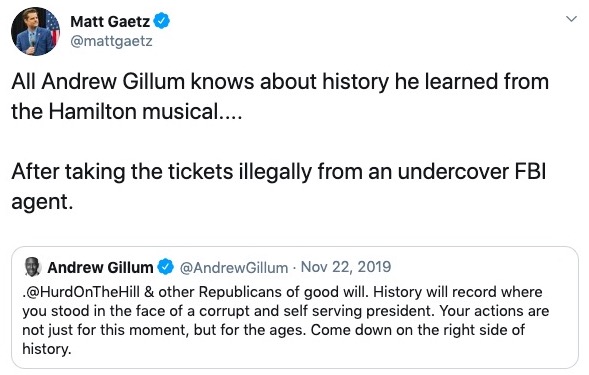 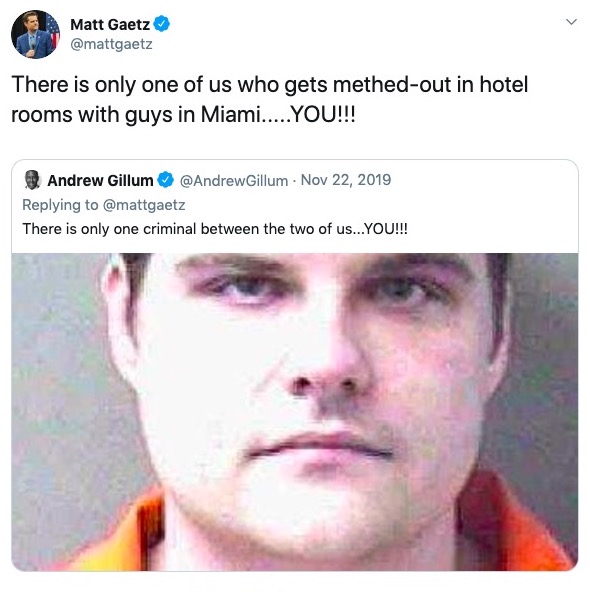 It also makes this pretty awkward… 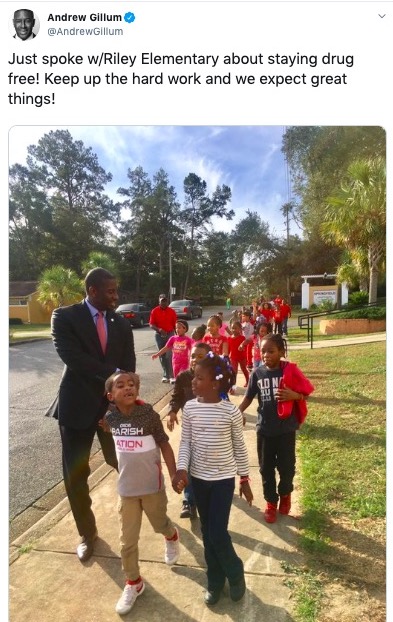