In case there was any doubt who’s REALLY calling the shots at WHO, this guy’s reaction to a topic China gets snippy about should clear up any confusion.

Bruce Aylward was representing the WHO while taking questions from a reporter. The reporter speaking with him was from Hong Kong, so she naturally had some questions of regional importance she wanted to ask her.

She asked a question about Taiwan’s membership in the WHO.

Why is this important?

Taiwan claims to be a sovereign nation… while China claims Taiwan belongs to them.

China takes a very dim view of anyone contesting their bogus claims on owning the sovereign nation of Taiwan… or even affirming their independence.

You may remember that story about China demanding that Marriott Hotels fire an American citizen from a $14/hr position for the ‘sin’ of ‘liking’ a social media post in support of Taiwan.

China’s ego has been badly bruised lately — first by the Hong Kong protests (remember how hard they reigned in the NBA for their ‘wrongthink’), and now their role with the Chinese Coronavirus from Wuhan province.

That’s the backdrop behind this question on whether WHO would reconsider Taiwan’s membership in the WHO.

He ran away from that question like a scalded dog.

‼️WOW‼️ Bruce Aylward/@WHO did an interview with HK's @rthk_news & when asked about #Taiwan he pretended not to hear the question. The journalist asks again & he hangs up!

She calls back & he said "Well, we've already talked about China."

Now that his answer has embarrassed China… what will happen to his role in WHO?

It didn’t take long to find out.

Cached. Why would they scrub him though? pic.twitter.com/cOpGKA75K7

Maybe it would be better to say he was ‘unpersoned’.

And what does THAT tell us?

It tells us that it wasn’t just this one guy who was afraid to piss off the Chinese Communist party — but the whole organization itself is in compliance with their demands.

Well, THAT puts some of their tweets about the virus in a very different light, now doesn’t it? 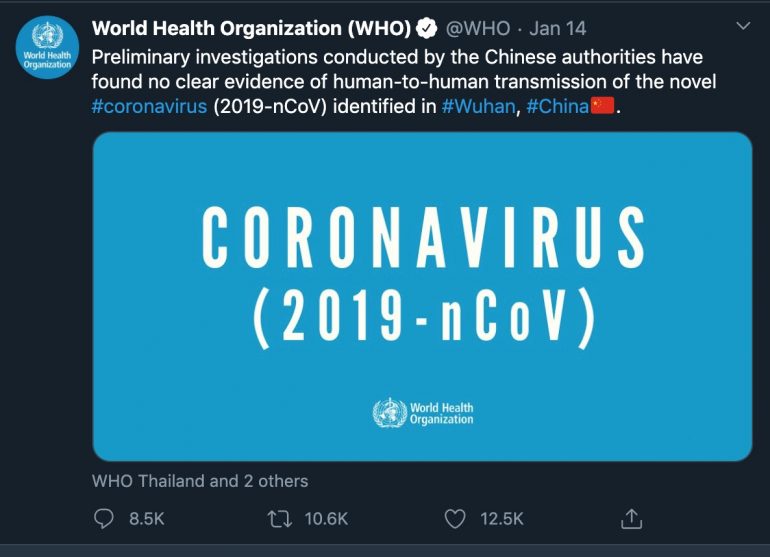 When talking about #COVID19, certain words & language may have a negative meaning for people and fuel stigmatizing attitudes https://t.co/yShiCMfYF3 #coronavirus pic.twitter.com/d54qL4LY2H

We have no idea whether they are being coerced with promises or threats… but it’s pretty evident that the WHO are the puppets of China’s Communist dictatorship.