Are they trying to have real-life imitate The Purge flicks?

But THIS time the Left’s agenda will work perfectly.

(Where have we heard THAT before.)

In the spirit of not letting a crisis go to waste, the city of brotherly love will be making some changes in response to the ChiCom Coronavirus crisis.

Certain crimes will NOT be landing people in jail.

Don’t blame the rank-and-file cops for this decision. It came down from above. 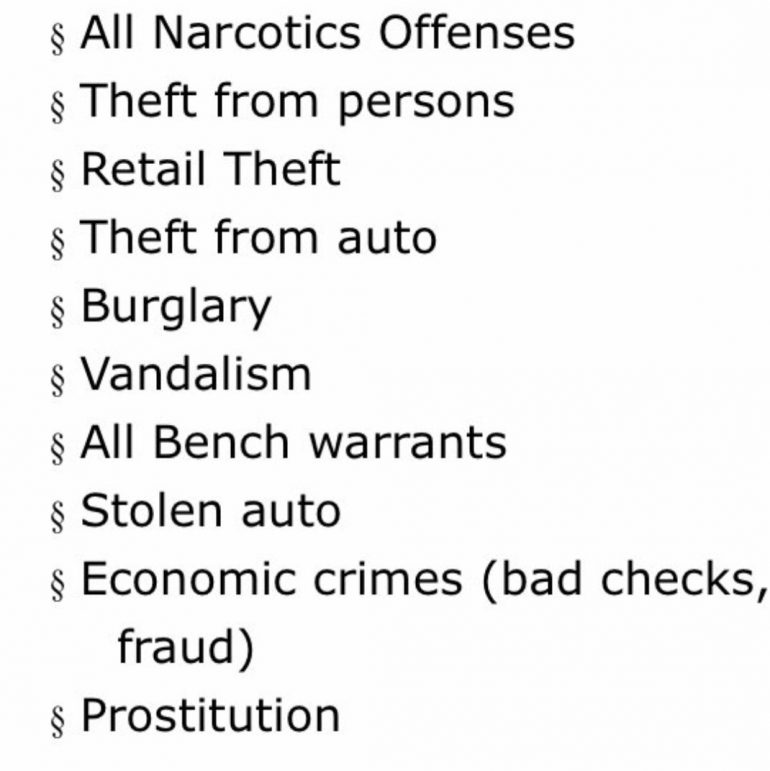 Instead of being held, any apprehended suspects will be detained long enough to book them and then let go.

This looks a lot like incentivizing crime. We can’t *possibly* imagine any situations in which a criminal might use this information for nefarious reasons — could YOU?

But what will the consequences be? Let’s say a crook looks at this list and decides that Philly is a de facto sanctuary city for serial burglars. What happens next?

Home break-ins will spike… with ZERO concern that there will be even ONE corresponding night in jail if they get caught.

But things can go wrong in a break-in. What if there’s a rash of break-ins that might not have otherwise happened, and the burglars encounter someone in their home?

Will the homeowner get beat up? Raped? Stabbed? Shot?

Can they reasonably expect the police to do much about it?

If you haven’t done the math yet — this is yet another reason we take a strong position in support of the Second Amendment and lawful gun owners having a right to defend their person and property.

Especially when they are in a position that nobody else is available to do that job for them.