Innovation — it’s what ALWAYS happens with an authoritarian streak rubs up against any culture with an inherent insubordinate streak.

The whole reason for the existence of a skate park is simple. It’s a meeting point for a group of people accustomed to taking risks, including risking injuries, in order to achieve that next goal. Pushing yourself to master that next trick the minute you get comfortable with the last one you mastered.

But like almost every 80s teenager flick ever made, killjoys in authority have a plan to stop kids from having any fun. One group is literally and deliberately rendering skate parks worthless to skaters. City planners in LA pulled out the heavy machinery and bulldozed the beach right into the Venice skate park. Because, with nothing more pressing to tend to, that’s obviously a political priority at the moment.

City of LA filling Venice skatepark with sand so no one uses it. (Via @hubter_weiss on IG) pic.twitter.com/P35OKKDjsp

In a city that’s been rendered nearly traffic-free due to the shutdown, skaters couldn’t POSSIBLY imagine anywhere in the whole city besides the park to work on their tricks, right?

Oh, good. They put up yellow tape. THAT will surely keep people out.

You just KNOW someone out there saw this clip with a very self-satisfied look on their face:

Venice Beach's iconic skate park has been filled with sand and taped off to the public as social distancing standards are being enforced amid the COVID-19 crisis. https://t.co/s2I25wnelq pic.twitter.com/B4r9MpGhye

Unfortunately for the Killjoys, this is America.

To an observer with imagination, filling that skate park with sand isn’t the END of the fun. To them, the killjoys accidentally created a unique new opportunity for a whole different sport.

Vindictive government filled a skatepark in with sand to try to keep people away.

A group of skaters decided to turn it into a dirt bike track. pic.twitter.com/DkqkAt9M0K 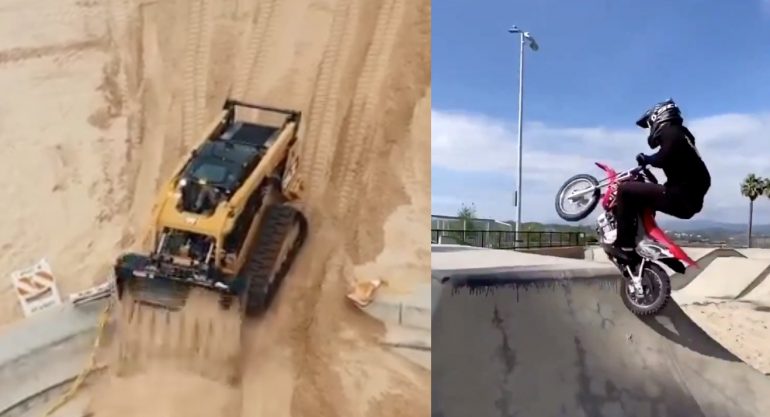 Thinking may not have actually played that big of a role in the decision to fill it with sand. 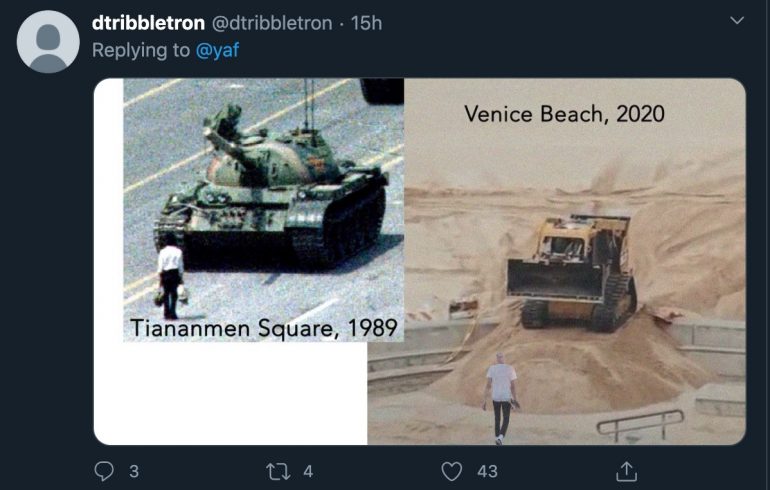 STILL the Land of the Free.