With many states past the apex, and with literally NOBODY hit as hard as the models had predicted even with social distancing, citizens are itching to get on with their lives.

If even New York, one of the hardest-hit regions in the world, is seeing some light at the end of the tunnel, and South Dakota getting through this without having to shut down their state at all, the patience Americans have had with ceding rights to the government in the interest of saving American lives is wearing thin.

The cost is mounting every day, and the benefit gained by staying closed seems less obvious with each passing day. The news media and politicians so comfortably insulated from most of the real impact of this threat are enjoying designer ice cream, while the people they criticize as ‘death cults’ line up at food banks, wondering whether their job will still exist when this is all over.

With politicians hellbent on micromanaging the lives and movements of others, with petty examples like forbidding people from buying paint to fix up their homes, or seeds to plant in their garden — from a store that’s open! — going fishing, or meeting in religious services no matter how scrupulous they are in social distancing guidelines, people have had enough.

One reason Conservatives don’t normally protest is exactly because many of us have too many other things going on to be bothered. Family, work, hobbies, friends, volunteering. Whatever. Who has time for that?

Suddenly… a LOT of people do. And the people who WANT that all that busy-ness back in their lives are starting to make themselves heard. Unlike most protesters, they’re not demanding free this and free that. They just want to go back to their lives.

This may come as a surprise to the pampered class in Newsrooms and in Congress, but to the working stiffs earning that paycheck, there ARE no ‘non-essential jobs’. 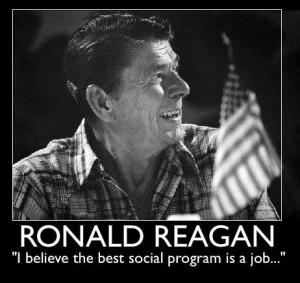 Crowds gathered close to one another in North Dakota, Ohio, Pennsylvania and California, calling for their ‘liberty’. Armed militia groups protested alongside young families and Americans out of work, all calling for businesses to be reopened.

Meanwhile, Facebook has been accused of working with various state governments to limit free speech as it shuts down pages that oppose stay-at-home orders.

Some states — mostly Republican-led ones — have relaxed restrictions, and on Monday announced that they would take further steps to reopen their economies.

But in North Dakota, upset protesters swarmed the capitol building while carrying ‘Don’t Tread on Me’ flags and signs that called for freedom.

Alexis Wangler is a member of Health Freedom North Dakota, the group who organized the protest, said she agreed to fight stay-at-home orders as a way to exercise the First Amendment,

She told Grand Forks Herald: ‘We want to exercise our First Amendment rights — our freedom of speech and freedom to assemble — and not have that limited by government.

‘I would say that all across the nation, the executive orders have been violating people’s rights.’ — DailyMail