For a guy who somehow managed to get himself elected as New York’s Hizzoner, the man doesn’t know much about human nature.

He seemed legitimately surprised that convicts he had released from Rikers for ‘compassionate’ reasons were (could you even imagine!) reoffending.

There’s a real head-scratcher, there.

In the second week in March, he wanted to keep Broadway open and have people keep using the Subways. Subway policy responses were directly implicated in magnifying the spread of the virus throughout NYC.

Now he’s trying to roll out a snitch line. To NEW YORKERS.

Has he ever SPOKEN to a New Yorker? They may be a lot of things, and we take them to task on their politics all the time, but New Yorkers are, by and large, proud people.

They take pride in being tough. Snitching is for sissies. Up until this virus came along, snitches got *something* … but it sure as hell isn’t ‘rewarded’.

Did the virus panic erase all that? No, it did not. His snitch site backfired, badly

Mayor Bill de Blasio’s critics let him know how they really felt about him ordering New Yorkers to snitch on each other for violating social-distancing rules — by flooding his new tip line with crank complaints including “dick pics” and people flipping the bird, The Post has learned.

Photos of extended middle fingers, the mayor dropping the Staten Island groundhog and news coverage of him going to the gym have all been texted to a special tip line that de Blasio announced Saturday, according to screenshots posted on Twitter.

One user sent the message “We will fight this tyrannical overreach!” to the service and got an automated message that in part said, “Hello, and thank you for texting NYC311.”

Social-distancing complaints surge in NYC after de Blasio’s call for tips
“F–k you!” replied @MorganLSchmidt1, along with a meme showing Adolf Hitler and the words “TO THOSE TURNING IN YOUR NEIGHBORS AND LOCAL BUSINESSES — YOU DID THE REICH THING.” 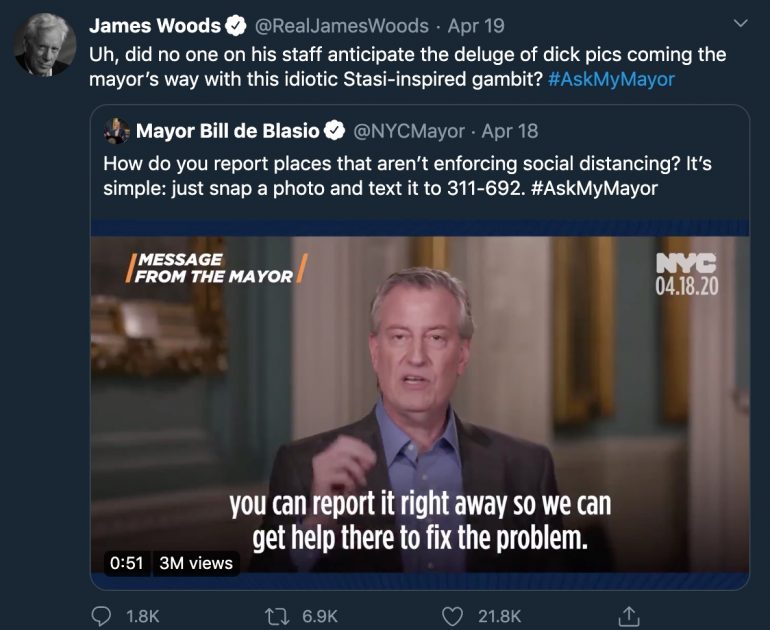 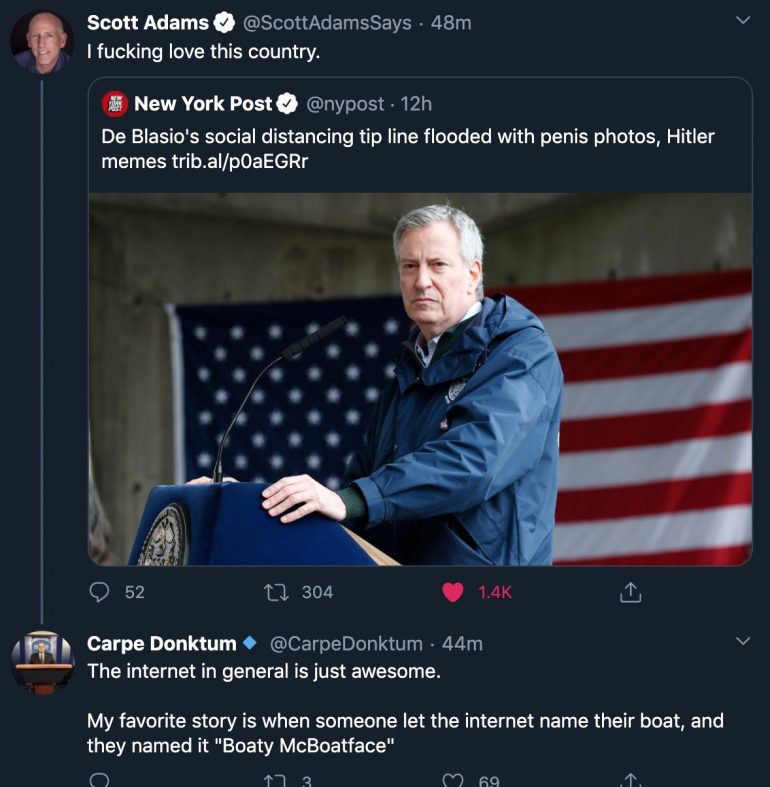 There were lewd, crude and rude images sent to him.

He got roundly mocked with memes, including an anti-authoritarian Hitler-themed subset.

There was photo evidence of his own hypocrisy sent to him. 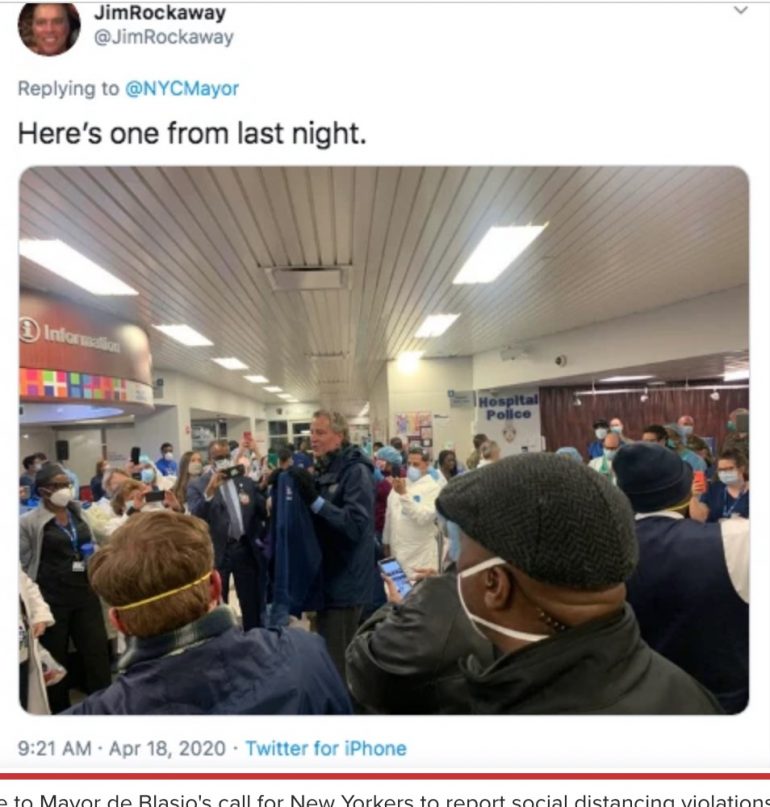 If he REALLY cares about violators and stopping the spread, he might want to sit down with the Governor’s brother, Fredo, or George Stephanopoulos who both broke quarantine to walk around while infected.

Sorry, bub. Americans have just about reached their limit for dancing to the government’s tune. Becoming a nation of humorless hall monitors on top of it all is NOT on the menu.