When the cat’s away, the mice will play? Well, it’s the same thing with the people away.

It’s not the mice that are emboldened to show their faces in urban settings. It’s all the other wildlife.

With nobody coming and going to spook them or make them shy away, animals have been venturing into the concrete jungles… which makes for some interesting photos.

In East London big numbers of deer are also taking over yards (that would be gardens in UK?) and on the streets. They’re lounging on sidewalks and munching away on greenery. COVID is giving animals an advantage finally. pic.twitter.com/3AC1YoLZdg

The same pattern has been emerging around the world.

+ve side of lockdown across world.

Rare animals getting onto streets and roads. Wish we all take away our vehicles from our roads after Covid. pic.twitter.com/EPysT4oohl

Most of us just see it as a novel opportunity to either enjoy wildlife or a reason to keep on our toes if we live near the domain of significant predators… bears, predatory cats, wolves, etcetera.

Naturally, some of the ‘humans ARE the virus’ crowd have been pushing their message of gloom and doom…

Italy India Japan just name any country right now all have something going on similar,No i am not talking about covid 19,Its the animals who have hit the streets. What does this mean??
Your Time is Over Humans..#CoronaVillains #StayAwareStaySafe #StayAwareStaySafe #BorisJohnson pic.twitter.com/3t4RSdat1T

Meanwhile — there’s at least ONE thing that Jews and Muslims in the Middle East can agree on. The boar roaming the Jewish city of Haifa have become a bloody nuisance.

Meanwhile, photographers in Colorado have noticed a very unusual species ‘nesting’ in trees in their parks: 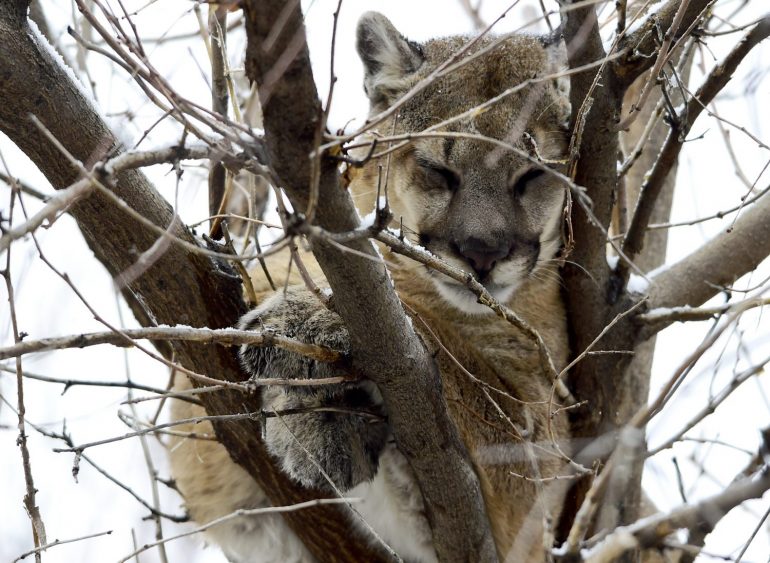 Don’t mess with it.

US Gets Even Closer To War With Both Russia & China
December 1st, 2021 Sons of Liberty Media