Rose McGowan has been among the loudest voices in the push to hold sexual predators to account. Like so many Democrats who treated the media as objective and fair, she thought she knew who the good guys and bad guys in politics really are.

Ms. McGowan assumed that Republicans were vile, dangerous, and threatening. That made the Democrats the good guys. The defenders of the oppressed and downtrodden. Just turn on the news, it’s right there. Right?

When Republicans called for Tara Reade’s complaint to get a fair hearing in the press, the media circled the wagons around Joe. The same media that printed hundreds of stories critical of Judge Kavanaugh on the flimsiest of evidence had to be dragged kicking and screaming to even bring up the story about Biden’s accuser.

She gave it to the Democrats AND the media with both barrels: 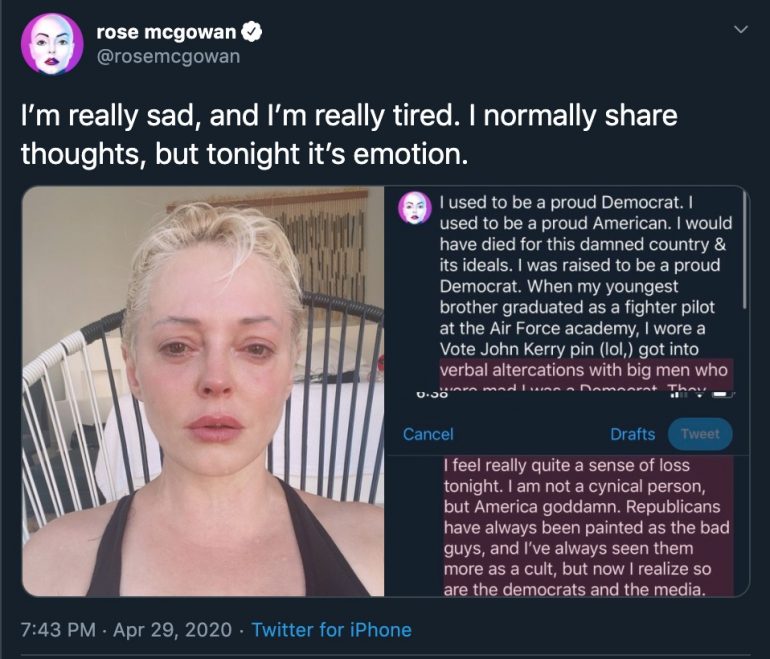 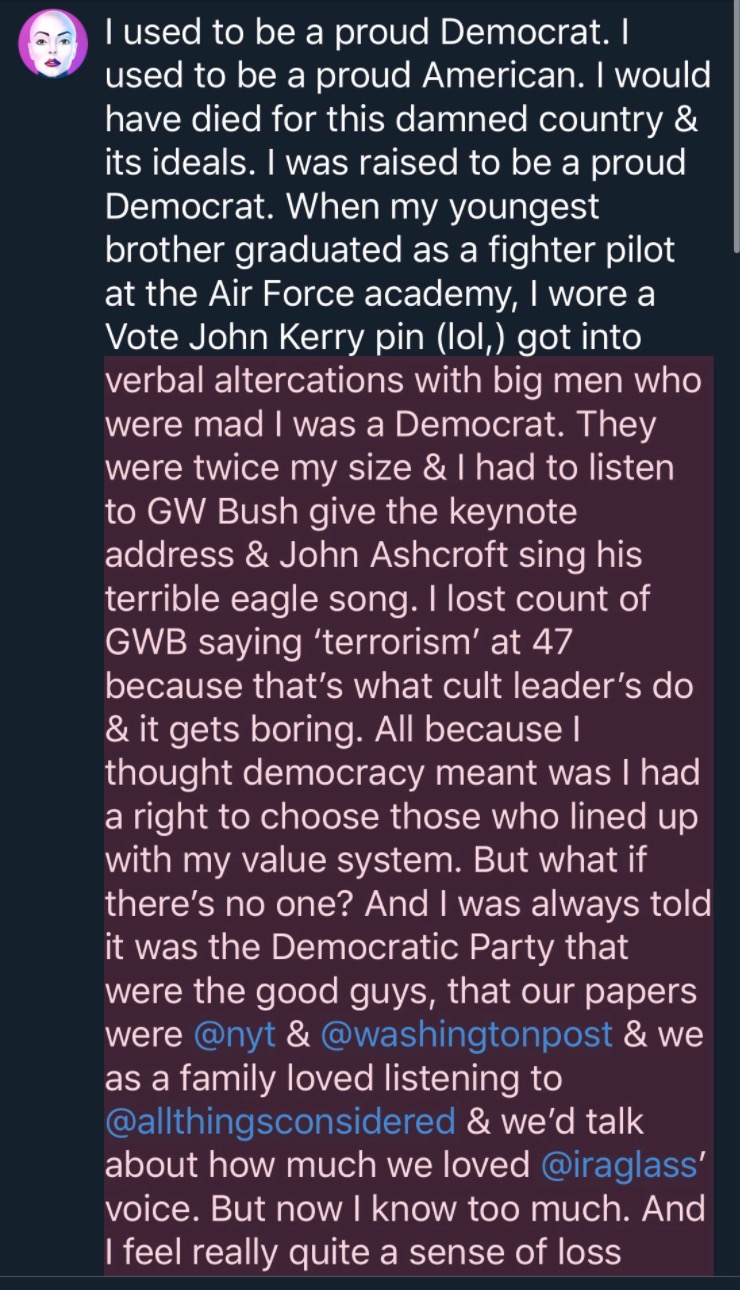 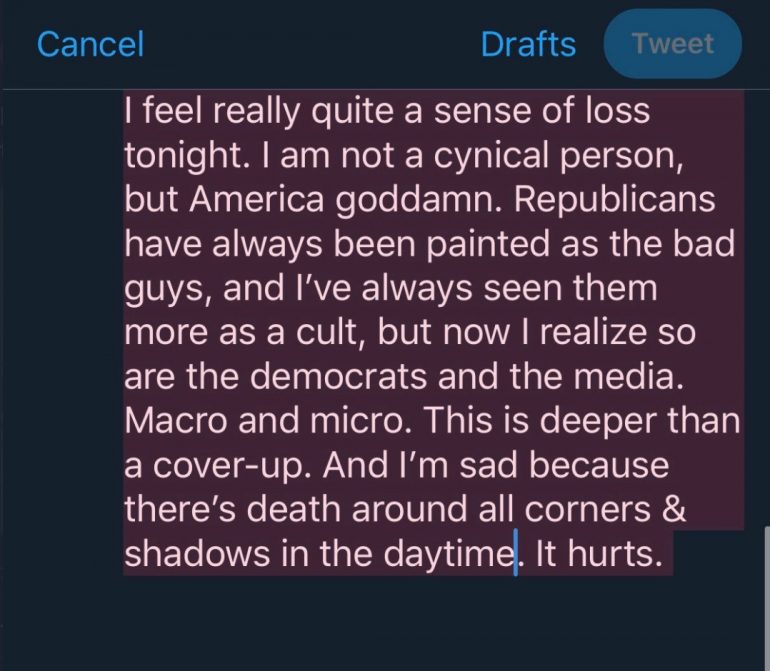 She thought the Republicans were a cult, but now, she says, ‘I realize so are the Democrats and the media’. She specifically calls out NYT and WaPo as partisans on the Left who had betrayed her trust.

What she has posted since is particularly telling…

The ‘lout’ reference is lifted directly from this paragraph in the cited article [emphasis added]:

Biden is a notorious flapjaw. His vanity deludes him into believing that every word that drops from his mouth is minted in the golden currency of Pericles. Vanity is the most conspicuous characteristic of US Senators en bloc, nourished by deferential acolytes and often expressed in loutish sexual advances to staffers, interns and the like.  On more than one occasion CounterPunch’s editors have listened to vivid accounts by the recipient of just such advances, this staffer of another senator being accosted by Biden in the well of the senate in the weeks immediately following his first wife’s fatal car accident.

This last one is devastating.

I know who you are https://t.co/DtsfmcyIjJ

I know who you are, in this context, after citing *THAT* article from 2008 is nothing short of a declaration of war. She’s got him in her sights and she’s not likely to let up.

Tara Reade may be a credible accuser whose story needs to be given proper consideration, even if the statute of limitations has expired.

Rose McGowan is something more. She’s a credible threat.

If she makes up her mind to do so, she is a threat that could totally destroy Biden’s Presidential run… and perhaps more that just that.