In federal office just over a year, she’s racked up more scandals than most have in their entire lifetime. And now we can add one more.

Ilhan Omar put up a tweet, asking for money in helping a food drive called @MNFoodShare.

Isn’t it nice that a Democrat is finally stepping up to help meet the real needs of their hurting constituents, rather than pushing their private political agendas? 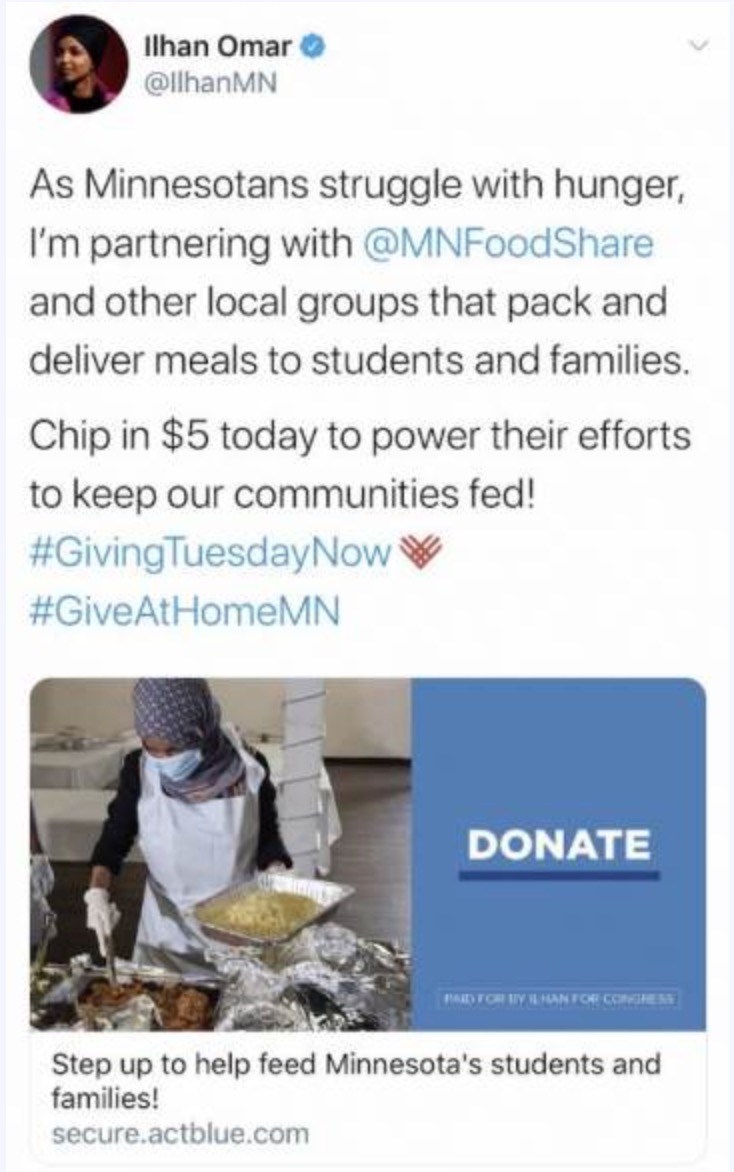 That sounds nice, right? She’s trying to help people who may be in need of food during the pandemic, with so many people out of work.

Hmm, but that’s an “Act Blue” Democrat link, and what does “partnering” mean? Sounds like it’s asking for donations to a site associated with her or through a Democratic site (which could then harvest the names).

But it gets worse. Omar deleted her tweet after she got this reply:

Omar has already been slapped with campaign finance violations, not to mention her homewrecking with an employee, and probable misuse of funds with the married guy she was knocking boots with, before she got divorced. Again.

The director had no idea where this money was going.

But we have a clue.

Act Blue shows up on the link. They are a Democrat political org.

Not only does it seem likely that money intended by donors to help food banks would have been deceptively rerouted to a political org. To make matters worse, personal details would be captured by the Democratic party campaign by people who may or may not even WANT them to have that information.