Prosecutors in Cali are pissed over this. They should be. And so should we.

While Newsom was busy locking down the state and telling Americans they couldn’t be trusted to use beaches, California’s prosecutors made a very different sort of announcement.

Dangerous predators were now somewhere among us. And the Government made a conscious decision to reintroduce them. They had to you see, because uh… the ‘Kung Flu’ made them do it.

Yes, to protect their safety, ours will be endangered.

Prison populations have been reduced by 45%.

Just how dangerous are these guys? 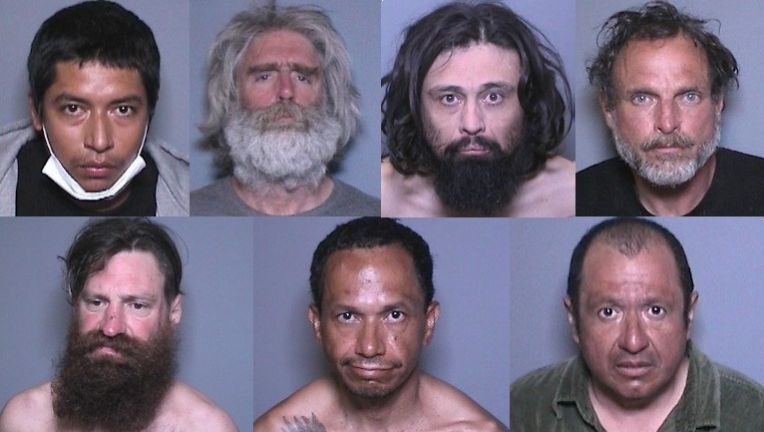 One of them, released for ‘time served’ after sexual battery on April 7th, violated parole and was rearrested. Again, he was given ‘time served’. What could POSSIBLY go wrong here?

In a news release, the district attorney’s office said the seven registered sex offenders with crimes ranging from indecent exposure, to sexual battery, to child molestation were released beginning April 7 after rulings by the court commissioner.

Per state law, Orange County Sheriff Don Barnes on March 27 announced the release of “a limited number of Orange County Jail inmates prior to the conclusion of their sentence to mitigate the spread of COVID-19.” At the end of March, the sheriff’s office noted: “At this time, Sheriff Don Barnes is limiting releases to low-level offenders with less than 10 days remaining on their sentence and inmates who are medically vulnerable as defined by the Centers for Disease Control and the Public Health Officer. Violent offenders and those who pose a risk to the community will not be released early.”

Prosecutors said many of the seven sex offenders who were released spent days behind bars instead of the six months required by law for registered sex offenders who violate parole by removing or disabling GPS monitors.

To his credit, the Orange County DA had a lot to say about this decision. Among them…

“These kinds of high-risk sex offenders are the most dangerous kind of criminal and the most likely to re-offend. They are doing everything they can to avoid detection by the parole officers assigned to monitor them so they can potentially commit additional sex offenses. These are not the kind of people who should be getting a break,” said Orange County District Attorney Todd Spitzer in the news release. “As a state legislator, I was the author and founder of the State of California Sex Offender Management Board and the author of Megan’s Law on the Internet, which allows the public to see where these sex offenders are so that they can protect themselves and their families. It is not the Court’s responsibility to control the jail population by releasing these dangerous criminals back into our communities. The residents of Orange County deserve to have the peace of mind that registered sex offenders are being held accountable and not just let out the front door of a jail by a court commissioner who refuses to follow the law.” — — FoxNews

Don’t you feel safer now, knowing that these guys have no reason to fear getting the WuFlu while they’re in lockup?