What’s particularly insidious about this tactic by the left is they are taking those great symbols of our nation which were meant to unite us, and transforming them into wedges to divide us.

When critics on the right call the Presstitues the ‘Enemy of the People’, this is exactly the sort of thing we mean.

Here are the Democrats, in their social media page, telling the Big Lie about what Trump is doing, hoping that if the public hears it enough times, they will believe it, and suppress his voting base.

And… deleted as I expected. Don’t worry, @TheDemocrats; I saved it for you. pic.twitter.com/ElV0F8yWiO

Disrespected them? Wouldn’t that be Pocahontas, trying to highjack Native Ancestry, and adding it to her job applications?

Limit their voting rights? What, by making sure their votes aren’t nullified by bogus ballots submitted by dead people and non-residents? That actually STRENGTHENS their civic franchise… as we saw in Nelson Mandela’s shirt: 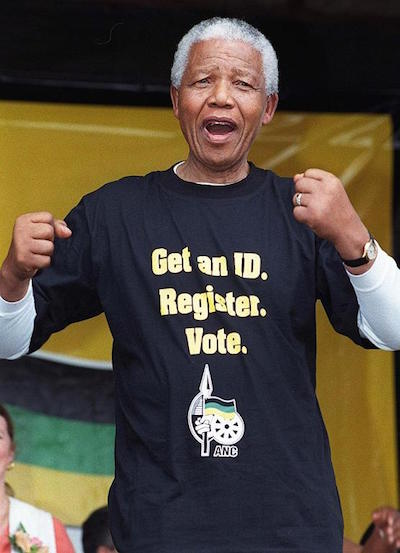 No. The Libs who wrote that tweet care about any sacred rituals of the Lakota, or even the people themselves. These cynics only care about how any given news story can be repackaged as a dagger in Trump’s back.

It doesn’t even really matter whether the attack is true or not… so long as the punch lands.

Leaked Email from Chicago Mayor Lightfoot to Her Staff Looks Like It Was Written by a Petulant Teenager
June 16th, 2021 Flag And Cross