The black, female face of a beloved brand has been removed after 131 years. Don’t think it’s over yet.

Quaker Foods announced today that after more than a century, they are rebranding their line of pancake mixes and syrups and the “Aunt Jemima” character will be removed from the packaging.

There was no “Aunt Jemima” involved in creating the products, she’s just a character used as a marketing tool by the creators to sell their pancake mix.

The Aunt Jemima brand was started in 1889 by two men, Chris Rutt and Charles Underwood, who developed a ready pancake mix.

The company brought on a black woman, Anna Robinson, to portray Aunt Jemima starting in 1933. The character was later portrayed by actress Aylene Lewis in the 1950s and 60s.

In 1989, Aunt Jemima’s image evolved to what the company described as a “contemporary look” with pearl earrings and a lace collar.

Over the years, the Aunt Jemima brand was criticized for being based on racial stereotypes.

In 2014, distant family members of Nancy Green and Anna Short Harrington, the models who portrayed “Aunt Jemima” over the years, tried to sue Quaker Foods and their parent company, Pepsi Co. for $3 billion in unpaid royalties, but the lawsuit didn’t go anywhere.

Introduced in 1889, “Aunt Jemima” was inspired by a minstrel character, a black woman with a kerchief over her hair and a wide smile, from a song, “Old Aunt Jemima” by Billy Kersand. Over the years, her image was updated, but the history remains.

“We recognize Aunt Jemima’s origins are based on a racial stereotype,” Kristin Kroepfl, vice president and chief marketing officer of Quaker Foods North America, said in a press release first reported by NBC News. “As we work to make progress toward racial equality through several initiatives, we also must take a hard look at our portfolio of brands and ensure they reflect our values and meet our consumers’ expectations.”

The details aren’t clear about what the new name will be, what the packaging will look like, or when the relaunch will be, but the rebrand is expected to occur by the fall.

Quaker Foods was purchased by Pepsi Co. in 2001, and they’ve been committed to the left’s version of anti-racism which embraces the left’s ideology of white oppressors and black victims that is systemic and entrenched in the fabric of America.

Our past mistakes won’t stop our actions. Read how we are bringing about change: https://t.co/N1JwrDOBcf

JUST IN | After 131 years, PepsiCo is retiring the controversial brand name and mascot, Aunt Jemima, acknowledging that the brand is based on a racial stereotype. https://t.co/SVQDJ62oPv pic.twitter.com/72XFuYOh9R

But if you think that the rebranding is going to stop with Aunt Jemima, you’re wrong. They’re already looking at Uncle Ben’s rice and the chef on the Cream of Wheat box.

“We recognize Aunt Jemima’s origins are based on a racial stereotype." The company announced it will donate at least $5 million over the next five years "to create meaningful, ongoing support and engagement in the Black community." *Looks at Uncle Ben's*: https://t.co/gfCpKTbxZT

As we talk about Aunt Jemima and Uncle Ben, please don't forget about Rastus (that is the characters name, look up what Rastus means) from Cream of Wheat. pic.twitter.com/luklkfK3IF

When you look back at old ads of these brands, they do carry those pretty awful Jim Crow-era racial stereotypes. But they’ve also been updated and unless you’re someone who researches the history of brands, you wouldn’t know that.

But it’s not just the old brands with some definitely cringe-inducing ads from decades ago, a former U.K. Member of Parliament for the Labour Party has noticed that Rice Krispies has “three white boys” and Coco Pops has a monkey on the box.

Who could have imagined that we’d be so “woke” as a society that we’ve begun to Censor All Of The Things?

Who do you think will be next? 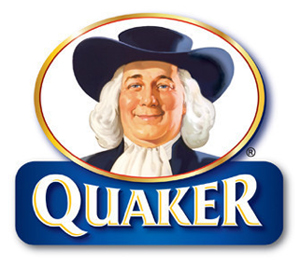 …or will it be “Lucky” from Lucky Charms?

When are y'all going to come after this stereotype? pic.twitter.com/Iv9wVEg13v