Wait– if we told that the ones fomenting violence and rioting were white supremacists, does this mean Biden is supporting …?

Yeah. That’s the problem with lies. At some point, they start to contradict each other and get people into trouble.

Just like the lie that all of these riots are actually being coordinated by alt-right white supremacists. (Is alt-right even a thing anymore? Or did that fade away in the same way as the #occupy movement?) 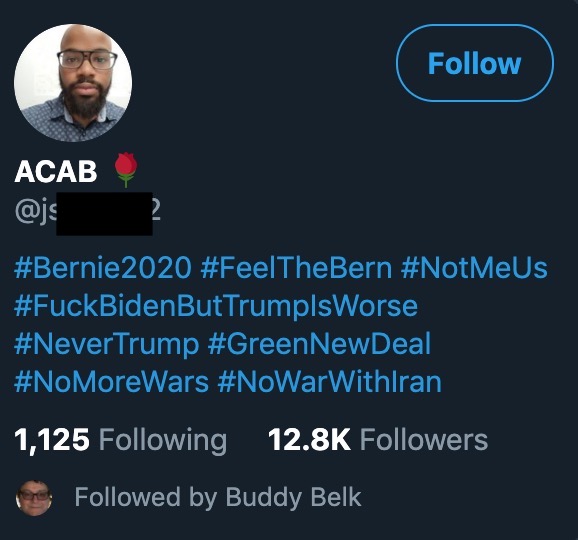 This ‘All Cops are Bastards’ bro has 12 thousand followers. And he’s a full-throated supporter of the violence.

We’re seeing a divide forming between Trump’s attitude toward these riots and that of Democrats.

“These were the people that trashed Seattle years ago. Who’s paying for these people. I was appalled that 13 of Joe Biden’s staff were donating money to bail people out in Minneapolis. They should have stayed in jail until this is over (and beyond).” @newtgingrich @foxandfriends

Democrats going the other way include Kamala Harris, former prosecutor supporting those who participated in violent actions.

If you’re able to, chip in now to the @MNFreedomFund to help post bail for those protesting on the ground in Minnesota. https://t.co/t8LXowKIbw

At least 13 Biden campaign staff members posted on Twitter on Friday and Saturday that they made donations to the Minnesota Freedom Fund, which opposes the practice of cash bail, or making people pay to avoid pre-trial imprisonment. The group uses donations to pay bail fees in Minneapolis.

Biden campaign spokesman Andrew Bates said in a statement to Reuters that the former vice president opposes the institution of cash bail as a “modern day debtors prison.”

And a boatload of Hollywood elitists who don’t seem to mind if someone ELSE has their neighborhood burned down, so long as their own will stay safe.