He’s the guy we affectionately refer to as Trump’s favorite Meme-maker. He’s still alive, but Twitter has axed his social media account.

But we are supposed to believe that the same Silicon Valley BigWigs who cheered a ‘Civil War’ that would force Blue State policies down the throats of Red State districts are merely impartial players. It is merely a coincidence that only conservative voices are getting punished in, or even shut out of, the social media public square.

We are free to share ideas, so long as we don’t share the ones they disapprove of, or do so where the people are actually meeting to exchange ideas. 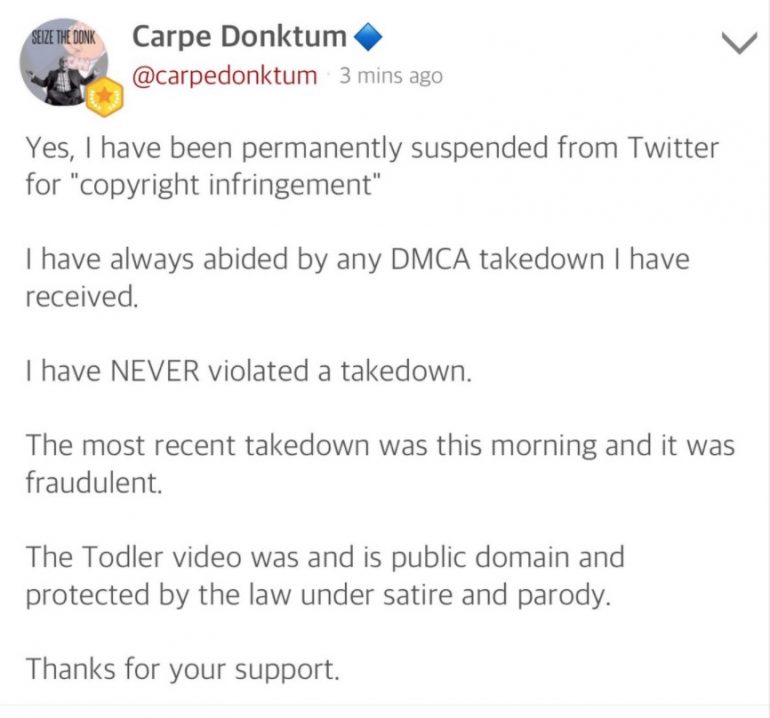 Should that surprise anyone? They’ve censored the President himself, in the most ludicrous way…

Twitter is literally censoring the President of the United States for saying that violent anarchists will not be allowed to take over our nation’s capital & that law enforcement will act to protect public safety.

Crenshaw wasn’t buying it either.

This is beyond the pale. The mob has infiltrated every corner of society. The President’s tweet is not only appropriate, but also necessary. Every mayor who claims to protect their citizens should repeat the same. Violent anarchists cannot be encouraged. https://t.co/yarukcsLQB

Silicon Valley has also targeted The President’s social media people, on the flimsiest of pretenses… because Clinton Hacks from Media Matters demanded it.

They aren’t even pretending anymore. The are trying to influence the outcome of the election… suppressing voices they disagree with and amplifying the ones they like. To HELL with what the actual citizens might think… our Nouveau Aristocrats will make our decisions for us.

All in the name of Anti-authoritarianism, of course.