Cuomo, like other New York politicians, loves the First Amendment for how it enables a good old-fashioned leftist protest. But what it says about religious gatherings? Not so much.

And that much was evident on the stark contrast between their enthusiastic support of the riots of the last few months vs. how they tapped brakes on — and called out or shamed — worship, weddings, and observances of grief.

The religious communities of New York have had enough of the double standard. They took it to court.

The complaint cited fifteen separate orders given that made restrictions upon free religious expression. For example, the final 2 on that list are as follows:

They even order the fire department to enforce these regulations.

We even recall that De Blasio once threatened to PERMANENTLY close any church or synagogue that failed to comply with his orders. (No mention was made as to whether mosques were similarly under threat.)

Section C of the complaint references the protests, and how they were under no such similar restraints. 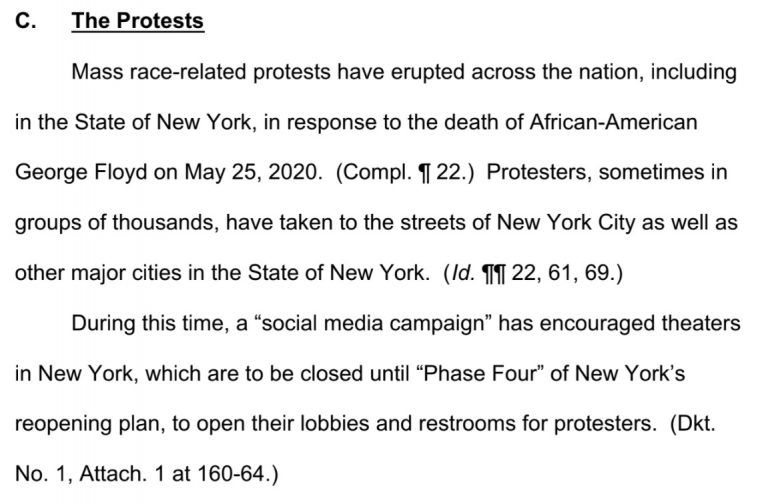 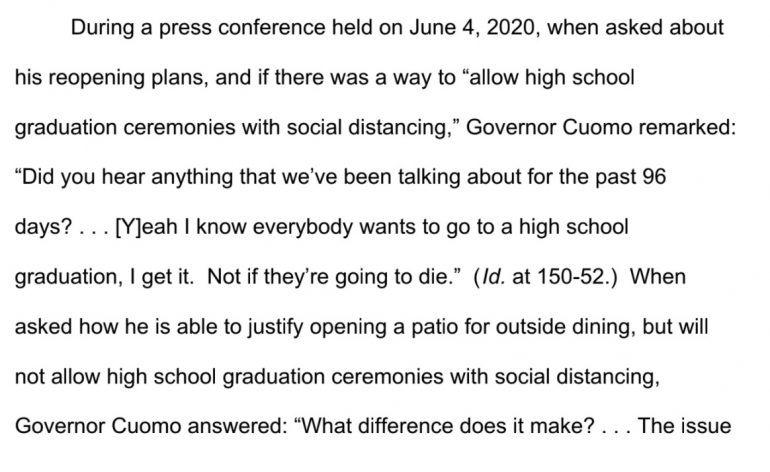 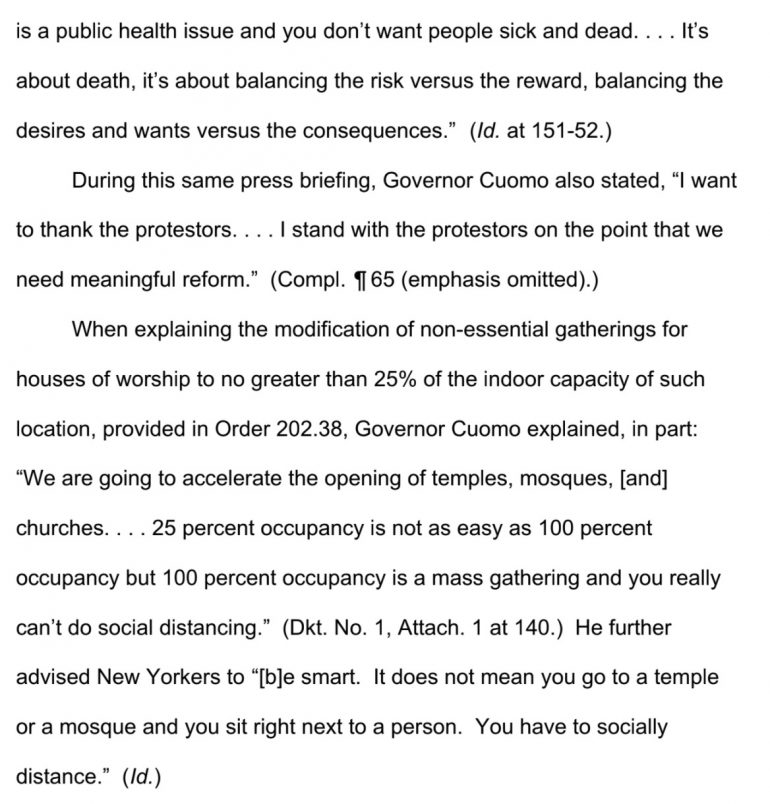 The exemption for graduation ceremonies of up to 150 people for outdoor events was one example of double-standard cited.

The court granted the Plaintiff’s request.

They shall face no restrictions on outdoor gatherings whatsoever so long as participants observe standard measures to slow the spread of COVID applicable to any other situation.

They shall face no restrictions on indoor gatherings greater than those imposed for phase 2 industries.