In the category of “Everything Is Stupid,” we are now at the point where thanking a customer on Twitter can get the cancel cultists after you.

On Monday, former Republican strategist, NeverTrumper, and frequent CNN guest, Rick Wilson decided to go after Domino’s Pizza for thanking the new White House Press Secretary, Kayleigh McEnany, for a nice tweet complimenting them back in November of 2012 before there was such a thing as the Trump administration.

How, precisely, was Domino’s Pizza supposed to know that Kayleigh McEnany would become a member of the Trump administration in 2020 and therefore a Person Who Should Be Cancelled? The entire premise is stupid. But then, we are talking Rick Wilson, right?

It appears that Kayleigh deleted her tweet, so here’s a screenshot of it along with Domino’s reply. 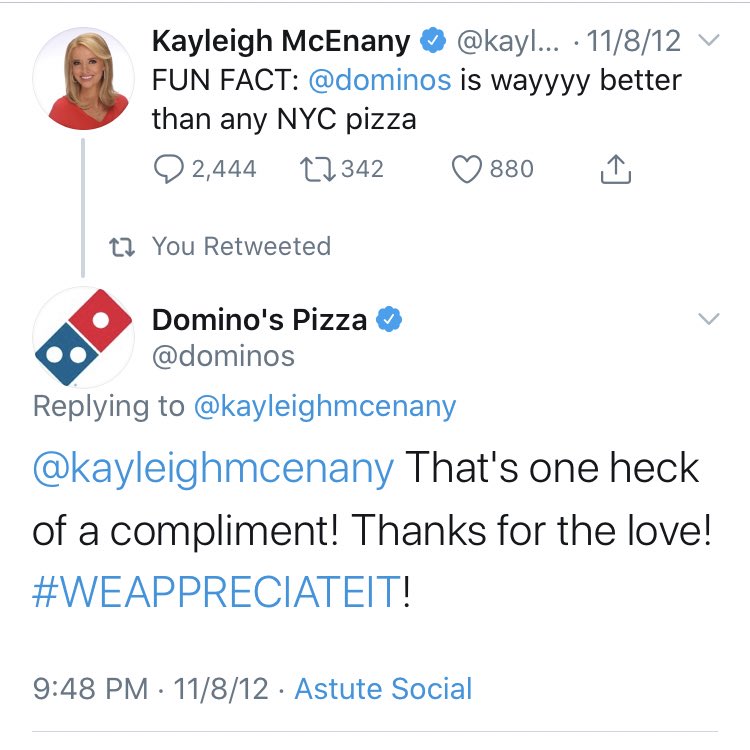 Kayleigh McEnany is the lastest of the Trump administration that the anti-Trump crowd is keen on targeting. The White House Press Secretaries seem to get the laser-focus of the cancel cultists.

Sarah Huckabee Sanders was chased out of a restaurant for being a part of the administration, Dancing With The Stars viewers were upset that Sean Spicer was permitted on the show and not voted off immediately.

Even CNN’s Media “watchdogs” Brian Stelter and Oliver Darcy said that legitimizing former Trump press secretaries by allowing them to be on television is a problem.

Whoever it is that handles Domino’s Pizza’s social media account decided that this is all very, very stupid, so they hit back at Rick Wilson.

Welp. It's unfortunate that thanking a customer for a compliment back in 2012 would be viewed as political. Guess that's 2020 for ya.

Here’s the thing about cancel culture, it can be used by both sides, and it’s all very, very stupid. There’s no room for mistakes or even a sense of humor.

Soon, the only place you’ll see the traitor’s flag of the loser Confederacy flown is at @realDonaldTrump rallies. https://t.co/CjsvF3eiwM

…but didn’t mention that he himself knows where to find one.

You just need to hang with Rick and his buddies, apparently.

Since we’re digging up old stuff to try and cancel people, here’s some stuff @TheRickWilson doesn’t want you to see. Did @dominos rise again, Rick? pic.twitter.com/RsShcgRjDM 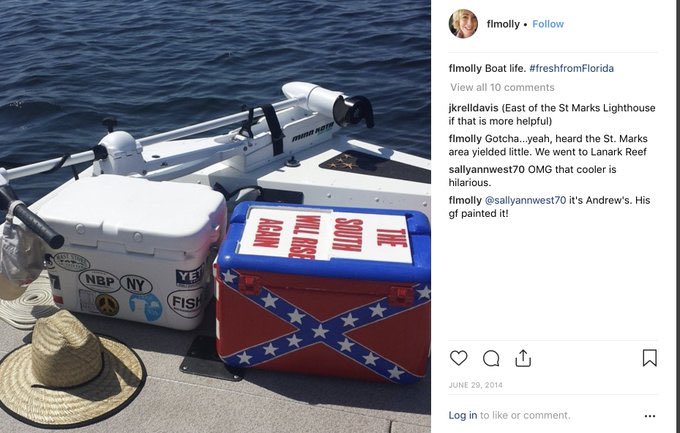 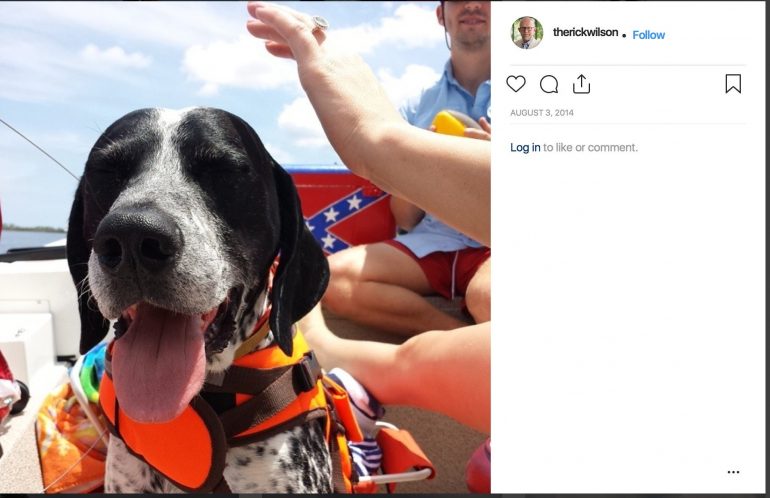 Let’s not dig into the Confederate flag debate, but note that standing within a 100 feet of one and not condemning it now means that you’re a horrible person and probably a racist.

This is why the next target to be removed from streaming services is The Dukes of Hazzard.

It appears that Wilson has deleted the photo, but he still has a couple of photos of that doggo on his Insta with the same date.

Can we all just agree to disagree and stop trying to cancel each other over stupid things? That would be great.